A day of traditional Syttende Mai festivities celebrating Norway’s independence and honoring Svalbard’s top citizens also was a day this year where national-level conflicts with Russia disrupted the camaraderie between citizens of two countries that traditionally exists regardless of troubles outside the archipelago.

Among the best liberating elements of the May 17 national holiday was the first “fully normal” midday parade through town and other activities in three years, as the COVID-19 pandemic forced the cancellation of limiting of events the past two years.

“As an adult I feel lucky and grateful that we can still celebrate freedom and democracy,” Longyearbyen Mayor Arild Olsen declared in a post on his Facebook page. “Today that has hardly been more relevant.”

Mostly clear skies and a brisk -3C temperature lived the step of the hundreds of community leaders, students sorted by class, big band musicians and others who gathered for speeches and a laying of memorial flowers in Longyearbyen’s town center before parading through the streets to Svalbardhallen for an afternoon of traditional food and family activities.

Earlier the day began at 7 a.m. with the traditional firing of the salute, followed at 8 a.m. by a flag raising and flower laying at the July 22 memorial at Svalbard Church, laying of wreaths at the Skjæringa and Huset memorials, and the Longyearbyen Big Band performing during a pre-parade march through the city. At 11 a.m. a celebratory Mass took place at the church leading up to the noon gathering in the town square.

But the celebration – and Olsen’s words – also were blemished by the absence of children and top officials from the Russian settlement of Barentsburg, which has become a local focal point of controversy due to Russia’s invasion of Ukraine. Officials and residents in Longyearbyen are sharply divided about controversies such as a tourism boycott of Barentsburg, while the mix of Russia and Ukrainian residents in Barentsburg are afflicted by both local and international consequences of the invasion.

On Syttende Mai the Consul General and top officials at the state-owned mining company Trust Arktikugol were not invited. Barentsburg officials also chose not to send most of the youths usually taking part in the festivities as only a limited number of students and a necessary entourage made the 60-mile trip to their Norwegian neighbors.

“It’s a shame, but we understand the decision,” Are Nundal, Longyesrbyen’s cultural chief, told Svalbardposten. “I hope that conditions will soon be normalized and that we can have a good relationship with our neighbors in Barentsburg.”

The full celebratory mood was present during the evening gala at Kulturhuset where music was performed by the big band, Longyearbyen Mixed Choir and women’s group Tundradundrene. The Spitsbergen Revylag satirical ensemble performed a dance/music piece and Svalbard Folk High School shared artworks on the video screen.

We have had fun, most of all,” she said, according to Svalbardposten. “I would say that it is incredibly nice to be Russian in Svalbard. “We have met positivity with everyone we have been in contact with and I want to thank you for that.”

The culmination of the evening was presenting what are essentially citizen-of-the-year awards to an adult and student in Longyearbyen. The annual youth scholarship award winner was Tine Westby Thorstad, 18, who has been active in numerous cultural and sports activities over the years, and frequently been a youth leader/presenter during events such as the Solfestuka festival and previous Syttende Mai memorials.

“This was a big surprise and I am very humbled,” she told the audience, according to Svalbardposten. “This means that you do not have to be a superhero to win prizes.”

The ironically named Tyfus statuette – presented to a citizen who has kept Longyearbyen “out of typhus” – was presented to Annika Bengtsson for her longtime work with local youths.

“This was a big surprise, and I feel very humble,” she said in her acceptance speech. “This means that you do not have to be a superhero to win prizes.” 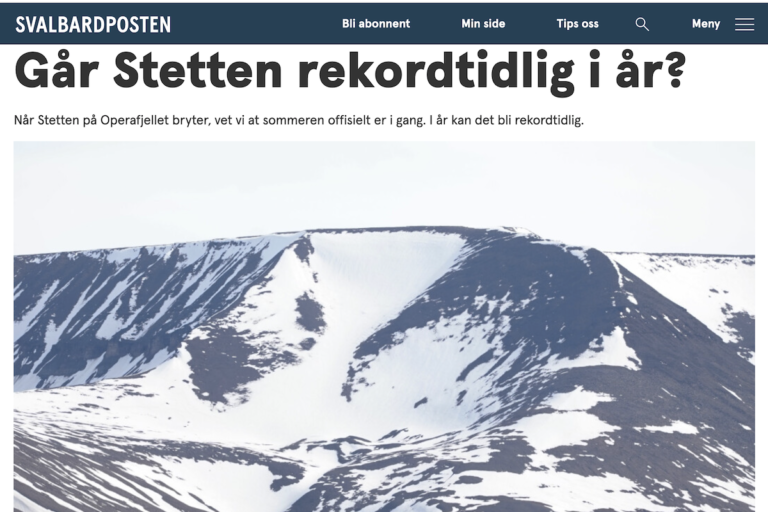 Next post GETTING SMASHED IN RECORD TIME? ’Stem’ of giant snow champaign glass on Operafjellet may break in June for first time ever due to heat; annual guessing game underway 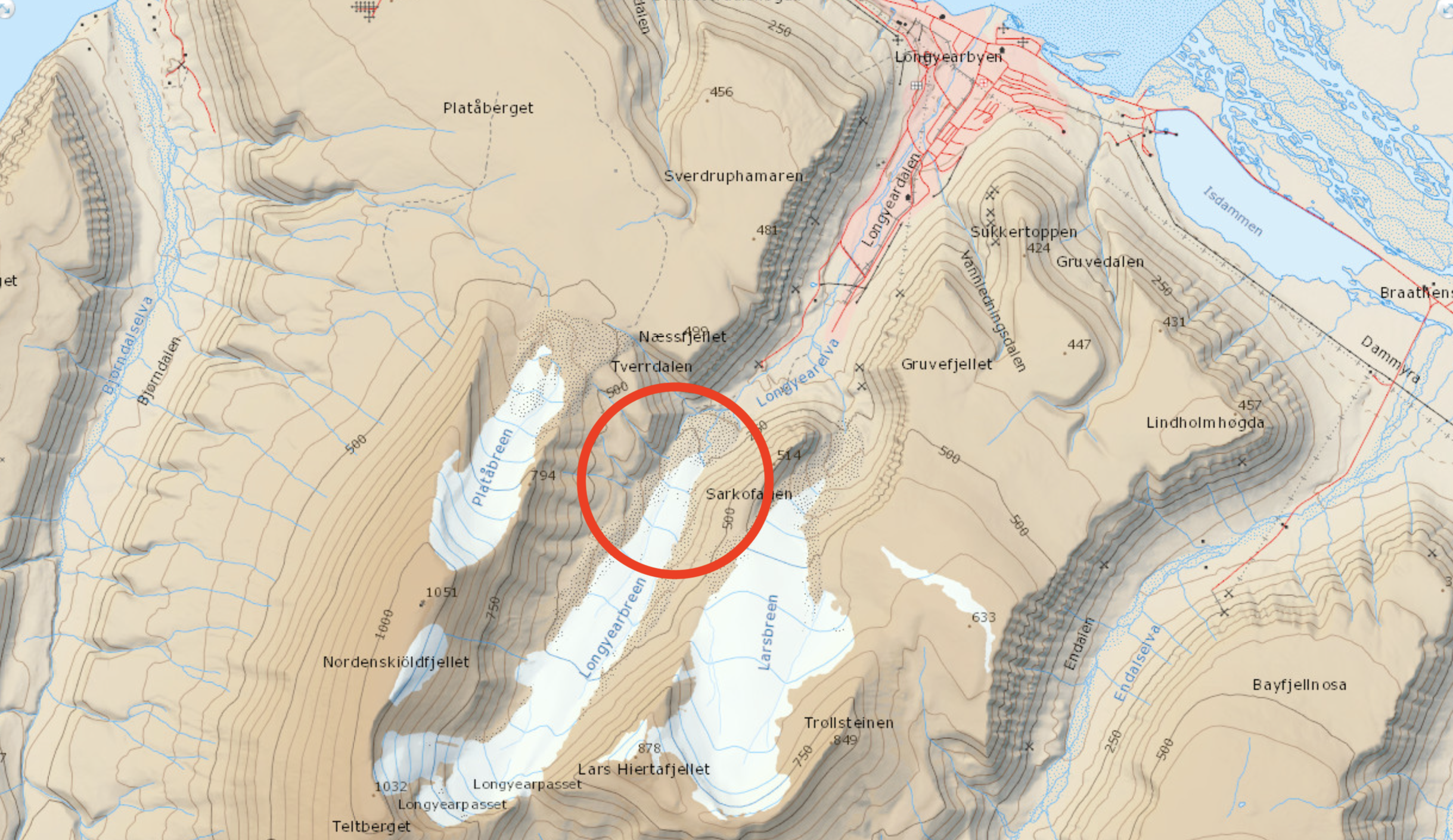 Map by the Norwegian Polar Institute A Trondheim woman visiting Svalbard was killed Sunday afternoon in a snowmobile accident during...