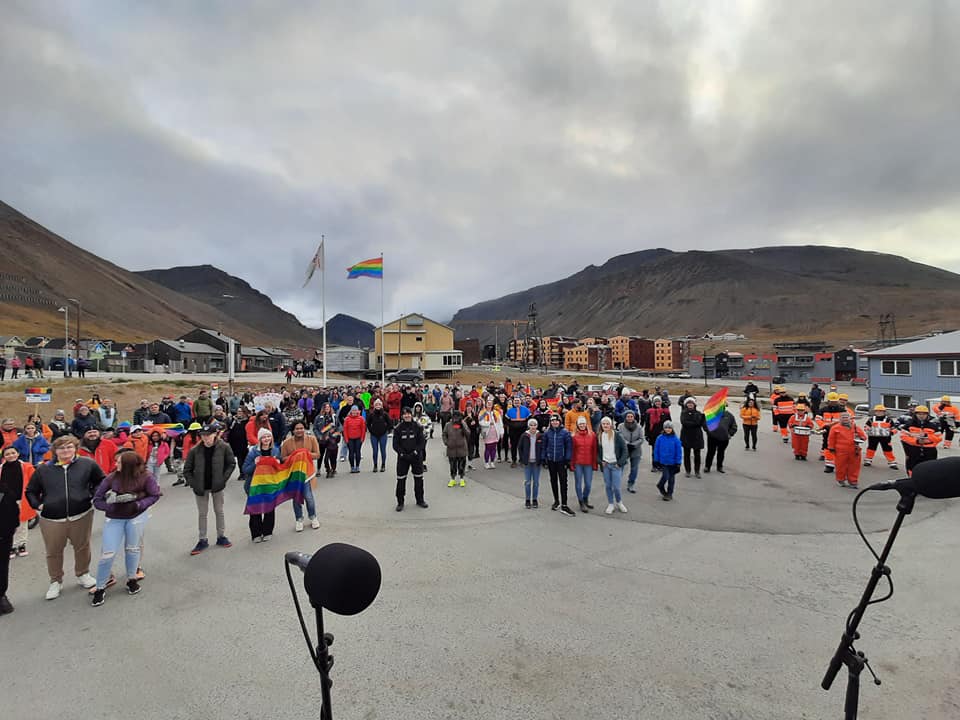 Say what you will about how “natural” the LGBQT+ presence is, but the world’s northernmost Pride Festival has seen Mother Nature offer what might be seen as her blessings during both of the gatherings to date.

After casting a rainbow over the inaugural celebration in 2019, a mini-parade of whales in the harbor greeted the return of the Longyearbyen Pride Festival this year after a Covid-related absence last year. They were spotted passing the rainbow-colored flags at Longyearbyen Camping shortly before about 200 people particpated in a parade through town Saturday that ended with a rally outside the Radisson Blu Polar Hotel.

While LGBQT+ issues continue to be sources of controversy among politicians, religeous leaders and businesses elsewhere, all three showed strong support for Longyearbyen’s three-day gathering that started Friday evening with a party for 7-10th graders at Kulturhuset.

“In 2019 I was lucky, happy and proud to participate in Longyearbyen’s first Pride Festival,” Mayor Arild Olsen, one of the speakers after Saturday’s parade, wrote in a Facebook message.  “It was also my first one (overall). Proud because we at the top of the globe became a bigger part of a necessary celebration.”

“Thanks to (festival organizer) Lene Jeanette Dyngeland who contributes to Longyearbyen becoming a more inclusive community through her strong commitment and efforts for Pride. It makes me happy and us lucky.”

Dyngeland, addressing in English the diverse crowd of Svalbard’s notoriously wide range of nationalities, said she expercinced doubts and struggles about everything from her speech to finding sponsors for the event. But she said support from businesses has been unexpectedly generous.

“The first year was very difficult,” she said. “They probably thought the same as me, that there will only be a few people, but when the parade actually took place and people flocked to it I received messages from various quarters that ‘you do not have to pay that bill’…while this year everyone has said ‘Of course we will join – what do you want?'”

Another enthusastic participant in both festivals is Svalbard Church Priest Siv Limstrand, who will host a rainbow gathering at the church Sunday evening to conclude this year’s event. Her Facebook message celebrating “the world’s most northern Pride (as a) great and colorful experience” boosted the spirits of Tore Råmudal, 66, a Longyearbyen resident who said he hasn’t always seen church leaders sharing his values.

“I left the state church 50 years ago because they didn’t,” he commented.
The prize for the best parade costume went to Jon Wilbert and Mia Ekeblad Eggenfellner, according to Svalbardposten, which noted “the costumes may not have been of the spectacular kind, but they received the award for heroically fighting against the wind with the Pride flag as the first in the parade.”
In addition to the official festival events – including children’s stories and films, and a Pride pub party Saturday night where more prizes will be awarded – was the “tribute” from some beluga whales “who made a parade today” in the harbor that were photograped by guide Tuomas Kauko from his kayak near the campsite, according to a post on the campsite’s Facebook page. 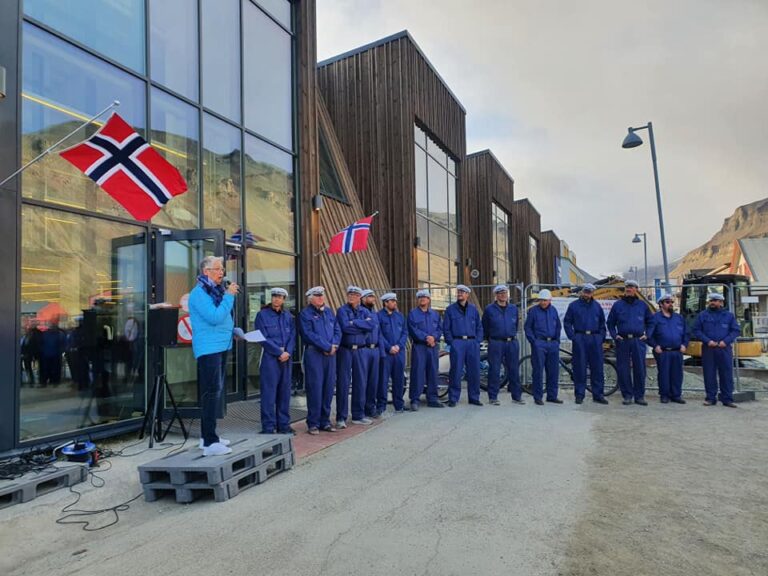 Previous post A ‘SUPER’ ADDITION TO THE MARKET: Expanded Svalbardbutikken officially opens after 17 months of upgrades, earning raves even from those who miss the ‘old times’ 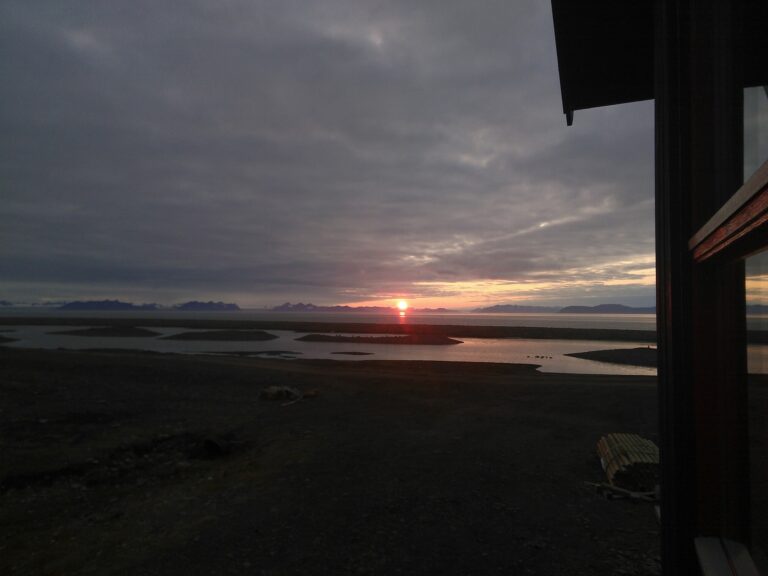 Next post TWO FOR TUESDAY: After four months without a sunset, Longyearbyen sees it happen twice in one day; in only two months the sun will rise for the last time in 2021