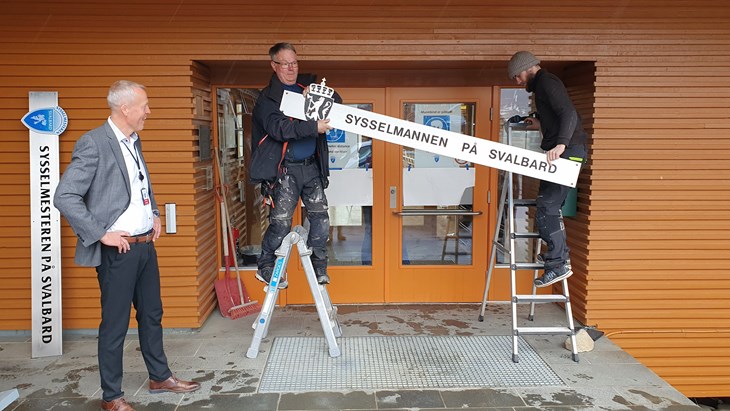 Yikes – and the “new title is the old title” gibberish isn’t even the worst part…officially. The worst is the reference to “his,” which Norway’s government now considers taboo because…well, sex is bad.

The upshot is Svalbard has a new boss with a new title.

Lars Fause, who was Svalbard’s lieutenant governor from 2008 to 2011, is back as the new governor of the archipelago (yes, with the same title in English). That’s pretty much the “hard news” in its entirety in the language you’re reading, but since Norwegian is still the literal law of the land there’s the matter of the new title implemented due to a new requirement this year all official titles be gender neutral.

The longtime lead prosecutor for the Troms and Finnmark districts is Svalbard’s first Sysselmester. He commemorated the designation Thursday by watching the old Sysselmannen sign on the governor’s administration building be replaced with one bearing his new title.

“Apart from the name change, there will be no changes,” Fause said in a prepared statement. “Our tasks and areas of responsibility will be the same as before.”

The mester portion of the title has a few possible English translations, with “master” (now a politically incorrect term of its own) being the most obvious first choice for someone looking only at a Norwegian-English dictionary. A secondary dictionary meaning is “chief” – used by some Norwegian police departments – which also is joining the rapidly growing list of words some consider uncouth.

But in Norway mester also passes muster as “governor,” hence the fun with the same computer translator that transmogrifies Norwegian polar bears into English teddy bears.

Much as it took considerable effort and time to come up with the new title – Svalbard Syssel was the favored choice of the Language Council of Norway, but the deciders nixed it –  replacing the main sign on the administration building is just one symbolic step in what will be a time-consuming administrative process.

“We cannot do everything at once,” said Kristian Angen, acting administrative director for the governor. “It will take some time before we have replaced all signs, marks and logos. A lot has been done, but much remains to be done.”

Fause officially became Svalbard’s governor on June 24, succeeding Kjerstin Askholt who served six years as the first – and last – female Sysselmannen. Aside from his time as lieutenant governor, he has been the lead Nord-Troms prosecutor since 2003 and been involved in numerous high-profile cases involving Svalbard – including the COVID-19 outbreak aboard a Hurtigruten ferry last summer that just last week became subject to a wider police investigation at the direction of his former office.

While his decade-ago duties as Svalbard’s second-in-command focused largely on legal matters such as interpreting regulations and the Svalbard Treaty, his role as governor will be foremost administrative along with plenty of time serving as a diplomat. The office of governor, established when the Svalbard Treaty was enacted in 1925, oversees police, environmental, and civil functions such as passports and marriages, along with implementing policy mandated by Norway’s government and serving as the national/local representative during visits by dignitaries. 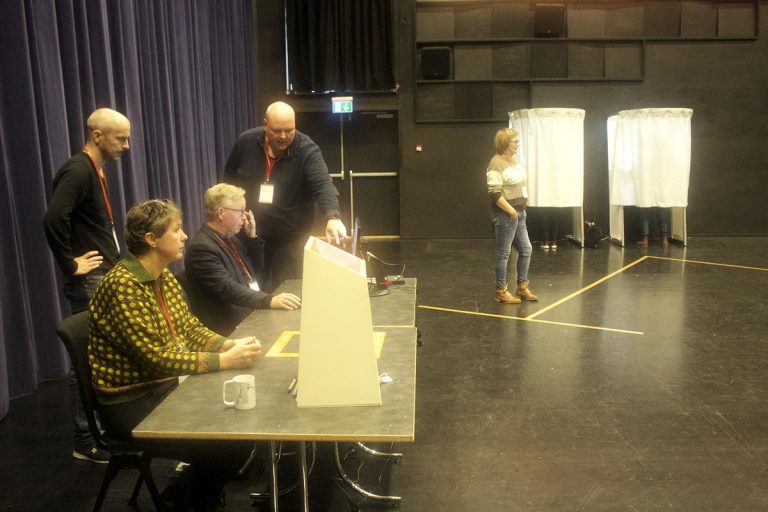 Previous post ANY VOTES IN FAVOR OF NOT VOTING? Everyone seems to hate a proposal preventing foreign residents from participating in Longyearbyen’s elections; here’s a few who support it 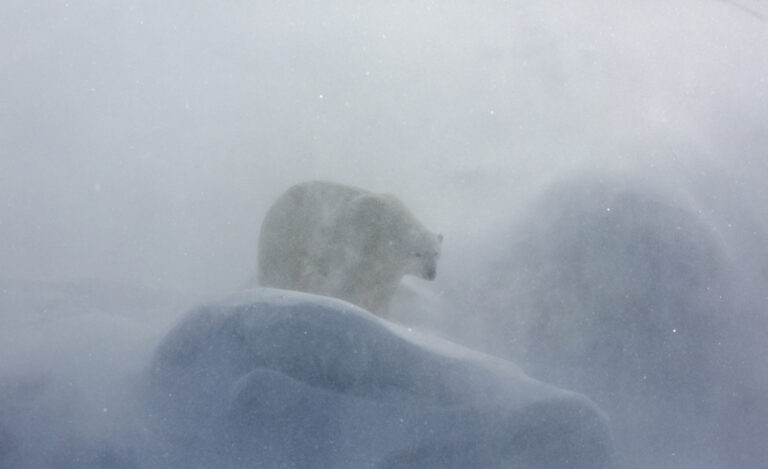