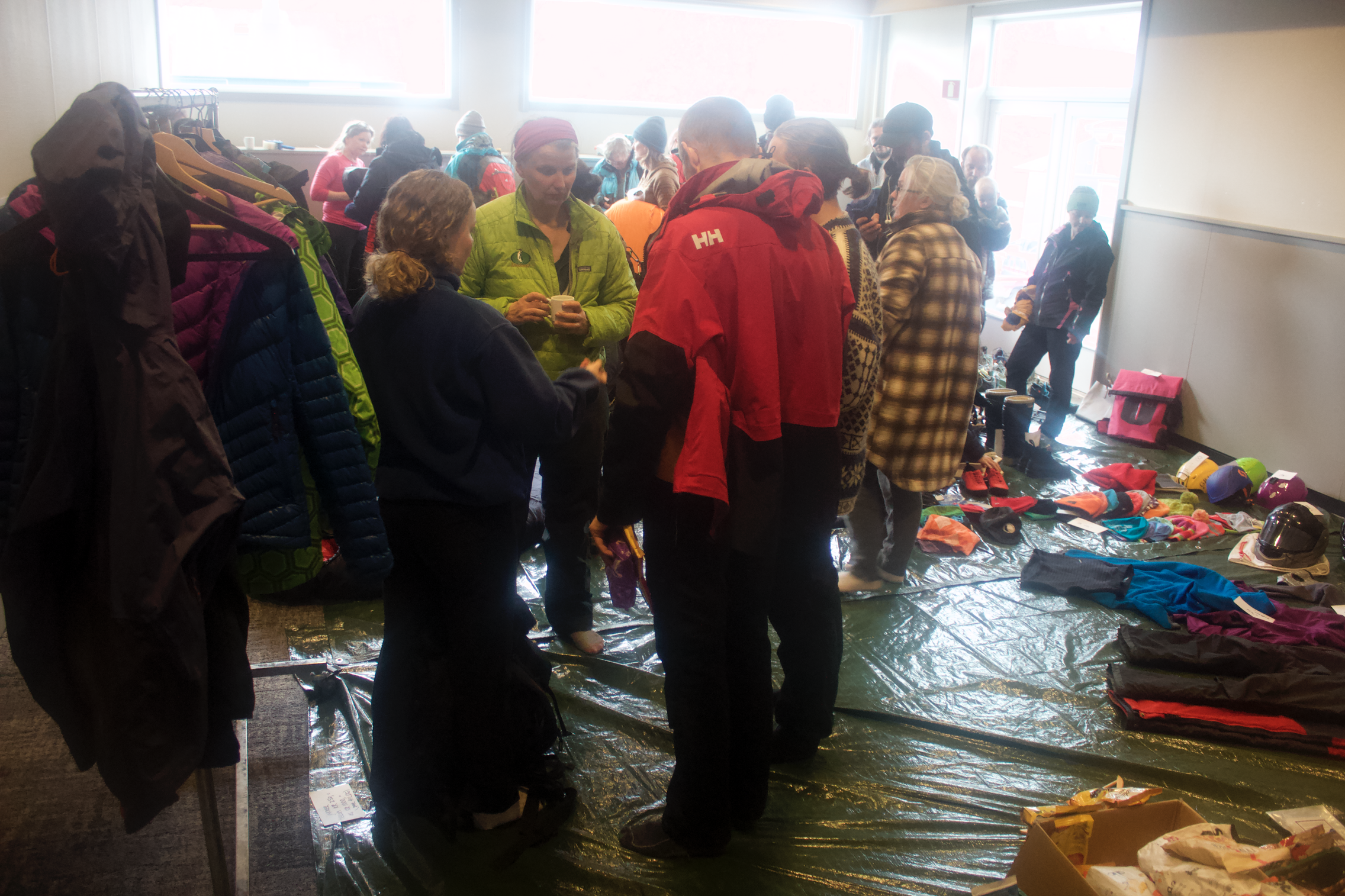 After gaining worldwide fame and hundreds of thousands of followers by being the first women to winterover in a remote cabin in Svalbard – twice, in fact – it seems like and Sunniva Sorby and Hilde Fålun Strøm could cash in big-time by selling their pioneering possessions on eBay after returning to civilization a week ago.

But instead locals in Longyearbyen got to explore a bunch of bargains on polar-worthy gear – along with some titivating freebies such as sports bras – as the “Hearts In The Ice” women hosted a rummage sale Monday at, somewhat ironically, a conference room at the luxury Funken hotel.

“It’s not about the money,” Strøm said. “It’s good to see locals using it and it’s for a good cause.”

Items ranging from packets of rice ramen to max-insulation clothing to an eclectic guitar-like folk instrument were being sold to raise money for the women’s Heart In The Ice foundation supporting research and education about changes occurring in the polar regions.

“We decided to live what we are encouraging others to do,” Sorby said. “Reduce your impact, reuse things and live simply.”

They spent their winterovers at Bamsebu researching polar changes and sharing them in a variety of presentations and discussions online with schools, researchers, media organizations and general audiences.

“We took on nine projects in 19 months as ‘citizen scientists’ with heavy equipment, detailed protocol to follow for Ice core drilling for UNIS, Phytoplankton & Saltwater collecting for Scripps-Fjordphyto, Drone flights for BCIT, Wildlife Observation & Fulmar Dissection (for microplastics in their stomach) for NPI, Cloud and Aurora observation for NASA in addition to collecting plastic along the shoreline, and Polar Bear poop & kelp samples,” they wrote in their last blog post while still at the cabin. “We have managed to connect with 100,000 youth around the world through our live video calls.”

A keen observer at the rummage sale (or anybody with eyes and a brain, really) would notice there were far more than two sleeping bags and an excess of other gear for two people, even if they did spend two years in the wild. That’s because only about one-third of the gear was actually used during their winterovers; the remainder was Strøm’s from her many earlier years of outdoor adventures.

While their ad for the sale was limited to a Longyearbyen Facebook buy/sell page, Strøm said some people elsewhere did quickly express interest in snowshoes and some high-spec camera lenses shown in photos previewing the sale.

The conference room was packed with quick-grab bargain hunters as soon as the four-hour sale began at 4 p.m. Much of the best gear disappeared just as quickly, but there was still enough of an abundance of some things Sorby urged shoppers to help themselves to a few extras on the way out.

“Maybe you can each take a bag of potato chips before leaving,” she told a couple after they paid for their acquisitions.

True bargain hunters could sort through two boxes of free items which, depending on your “tastes,” offered some alluring finds such as those sports undergarments…plus some novelty/gift items with no polar practical value that shall not be named.

“We sold (things) for almost 15,000 kroner and got rid of almost everything,” Strøm noted afterward.

Strøm and Sorby are going on two very separate paths after all their time together. Strøm will remain in Svalbard with no special summer plans. Sorby departed Tuesday for her native British Columbia, which along with spending some time in Oslo means a quick culture-shock reemergence into big city life. But she will return to Svalbard this fall for more Hearts In The Ice events showcasing their adventures to the online schools and others who followed them.

“We are not sure how to prepare to leave this wild and wonderful place,” they wrote in their final blog post. “What a transformative, immersive time we have had.” 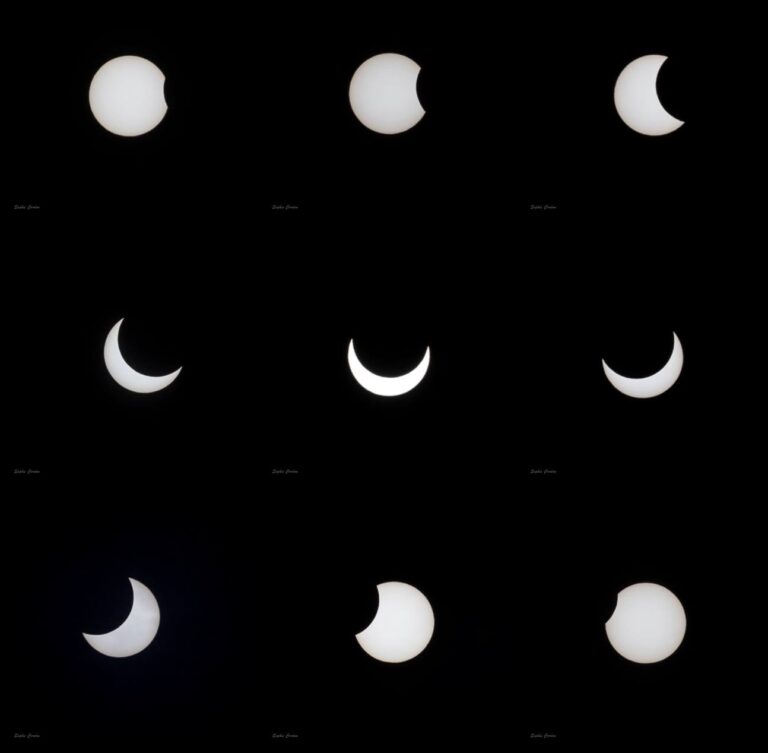 Previous post DARKNESS IN BROAD DAYLIGHT: This is how the “Ring of Fire” solar eclipse looked at 78° north in Longyearbyen, blocking an extra-high 71% of the sun now up 24 hours a day 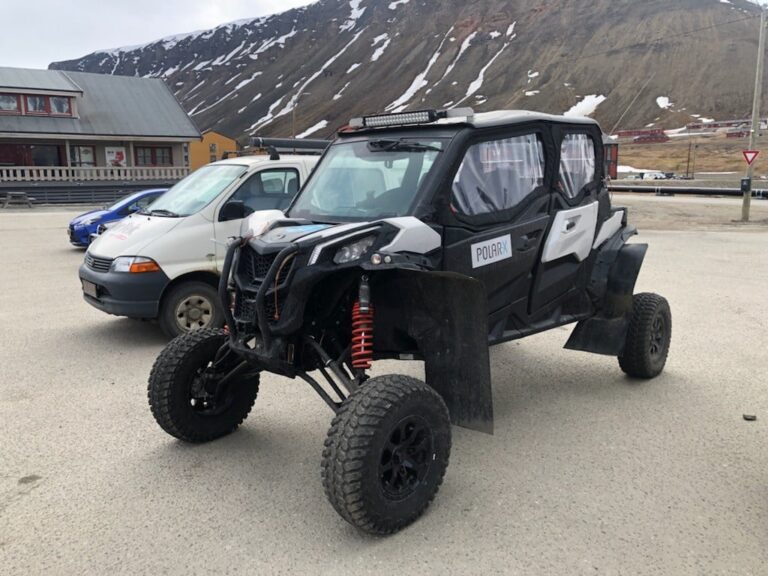