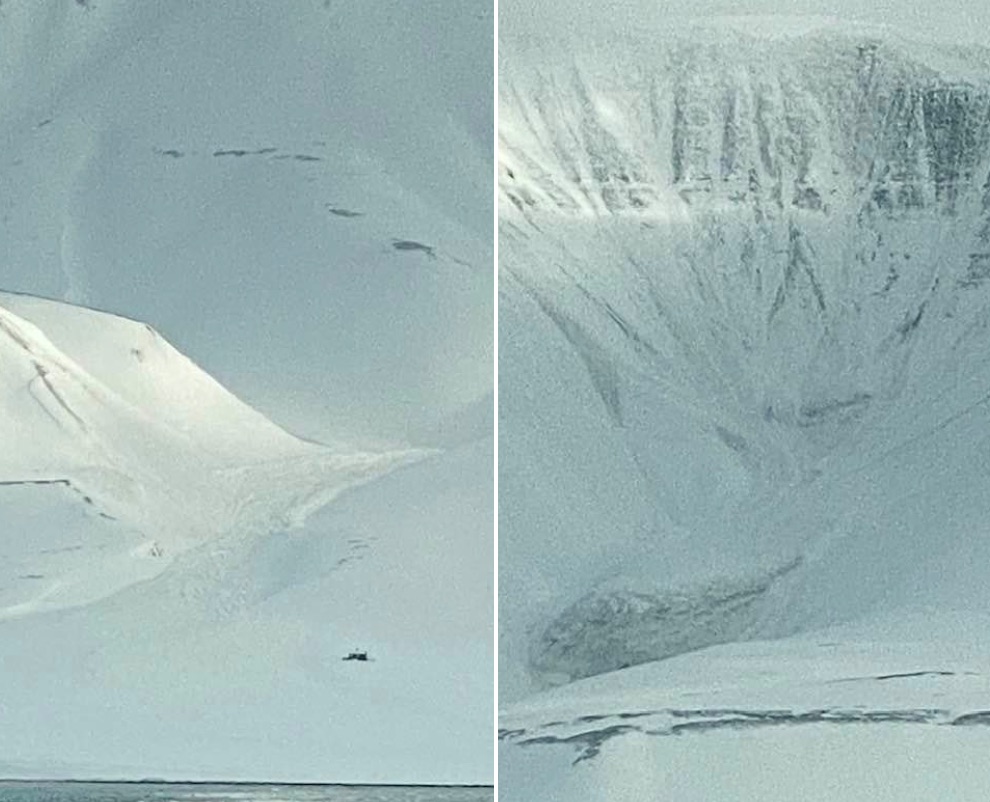 A large avalanche triggered on Hiorthfjellet, directly across the bay from Longyearbyen, was observed Saturday moring covering a popular snowmobile trail and nearing cabins that are frequently occupied this time of year. Nobody was caught in the snow slide and no buildings were damaged, but the Governor of Svalbard is asking people to avoid the area.

The avalanche is the most recent of numerous large avalanches the past couple of weeks. Sophie Cordon, a local photographer whose home overlooks the mountain, reported the snow slide apparently occurred between 11:30 p.m. Friday and midnight Saturday.

“There’s no night anymore, and people can be out at anytime here anyway, day and night,” she wrote in a Facebook post. (Longyearbyen currently has 24-hour visible daylight and the “midnight sun” officially begins April 19.)

A Level Four (“high”) avalanche risk level remains in effect for the entire region. Another major avalanche on “the whole west flank of Forkastningsfjellet,” a 350-meter-high peak several kilometers north of Longyearbyen, was reported Saturday morning by Anders Ringheim. 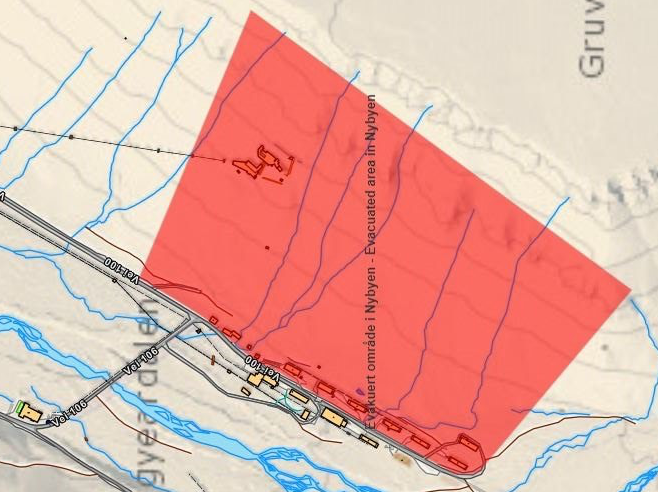 Previous post ANOTHER EVACUATION OF NYBYEN (AND THIS ONE MAY BE LENGTHY): Massive buildup of hanging snow means buildings near mountains must be vacated ‘until further notice’ 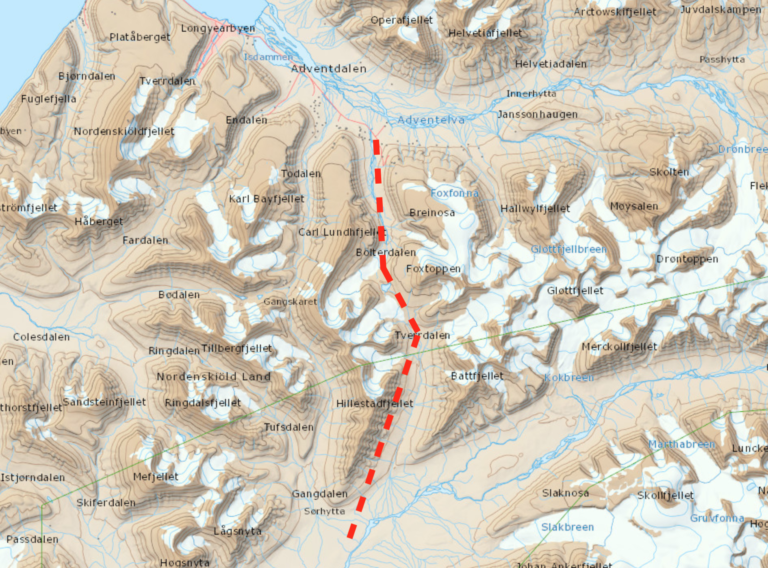 Next post OK TO DRIVE IN NO-DRIVE ZONE: Governor temporarily lifts snowmobile ban on trail through Tverrdalen/Bolterdalen until midnight Monday for people returning to Longyearbyen