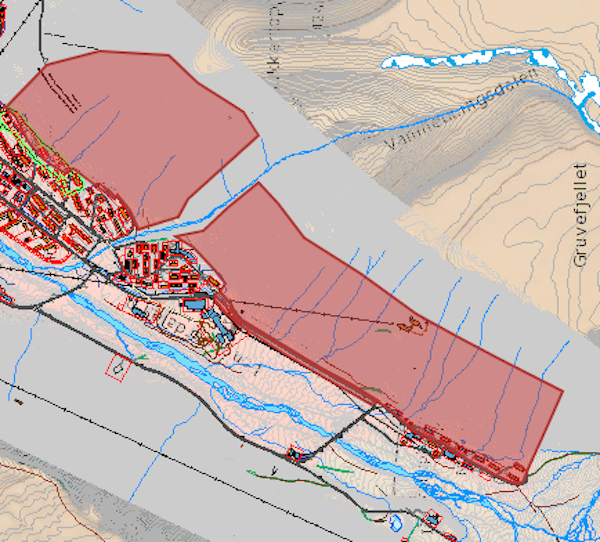 An evacuation of the mountainside buildings in Nybyen and a ban on traffic in a portion of Lia – the same two areas evacuated for four days beginning last week – has been ordered by 7 p.m. Saturday by The Governor of Svalbard due to a major blizzard forecast Easter Sunday. In addition, the road between Nybyen and Longyearbyen School will be closed.

The evacuation will remain in effect until at least Monday morning, according to a statement by the governor.

“There is still unstable snow cover and a risk of landslides in the area,” the statement notes. “At the same time strong winds from the east and some snow are expected in the next 24 hours. Based on these conditions Skred AS recommends evacuation of the area, as well as a ban on residential and recreational traffic, and closure of the road.”

Access to buildings in Nybyen not affected by the order will be possible via Vei 300 on the west side of Longyearbyen.

The traffic closure in Lia, including the snowmobile trail through the neighborhood, affects buildings above the pointed-roof houses in the vicinity of the ski lift.

The evacuation order is the first incident where SMS alerts were sent to everybody with a mobile device in range of Telenor Svalbard’s base stations in Longyearbyen, after the system was activated by the city and Telenor earlier this week. The alerts were issued at 3:35 p.m. – however, the governor’s statement says the order was the result of a meeting by emergency officials at 1 p.m.

Regardless of the notice of less than four hours to vacate – possibly a serious problem for people out on snowmobile and other excursions – early feedback on local social media pages was positive, with a few qualifiers.

“Great system from Lokalstyre regarding avalanche warnings, however, is there a way to choose the language that we receive this in?” asked Niccola Boyana, a receptionist at Mary Ann’s Polarrigg, on a community Facebook page that quickly generated numerous replies and links to maps in English.

There is a Level Three (“considerable”) avalanche risk level for the vicinity of Longyearbyen through Sunday and a Level Four level (“high”) east and south Svalbard, according to the Norwegian Water Resources Energy Directorate.

The weather forecast for Longyearbyen on Sunday calls for snow and strong winds most of the day, with the worse conditions expected during late afternoon with gale-force winds guesting to 100 kilometers an hour.

Last weekend’s evacuation affected roughly 60 people in guest accommodations and student dorms. There were two avalanches in Nybyen during the past week, but they resulted in no damage or injuries. There were also three other avalanche of significant size reported by snowmobiling groups in the vicinity of Longyearbyen, but nobody was caught in them. 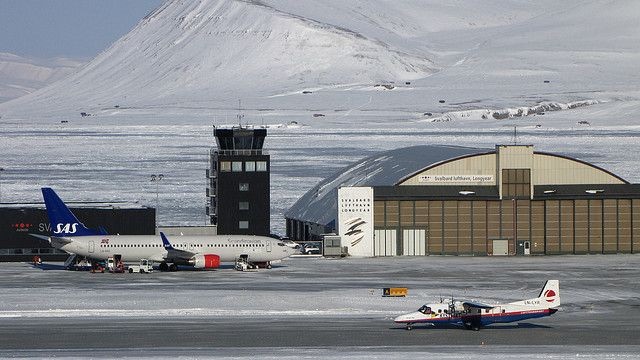 Next post EASTER EVACUATION ENDS: Two-day residential and traffic ban in Nybyen and Lia due to avalanche risk cancelled