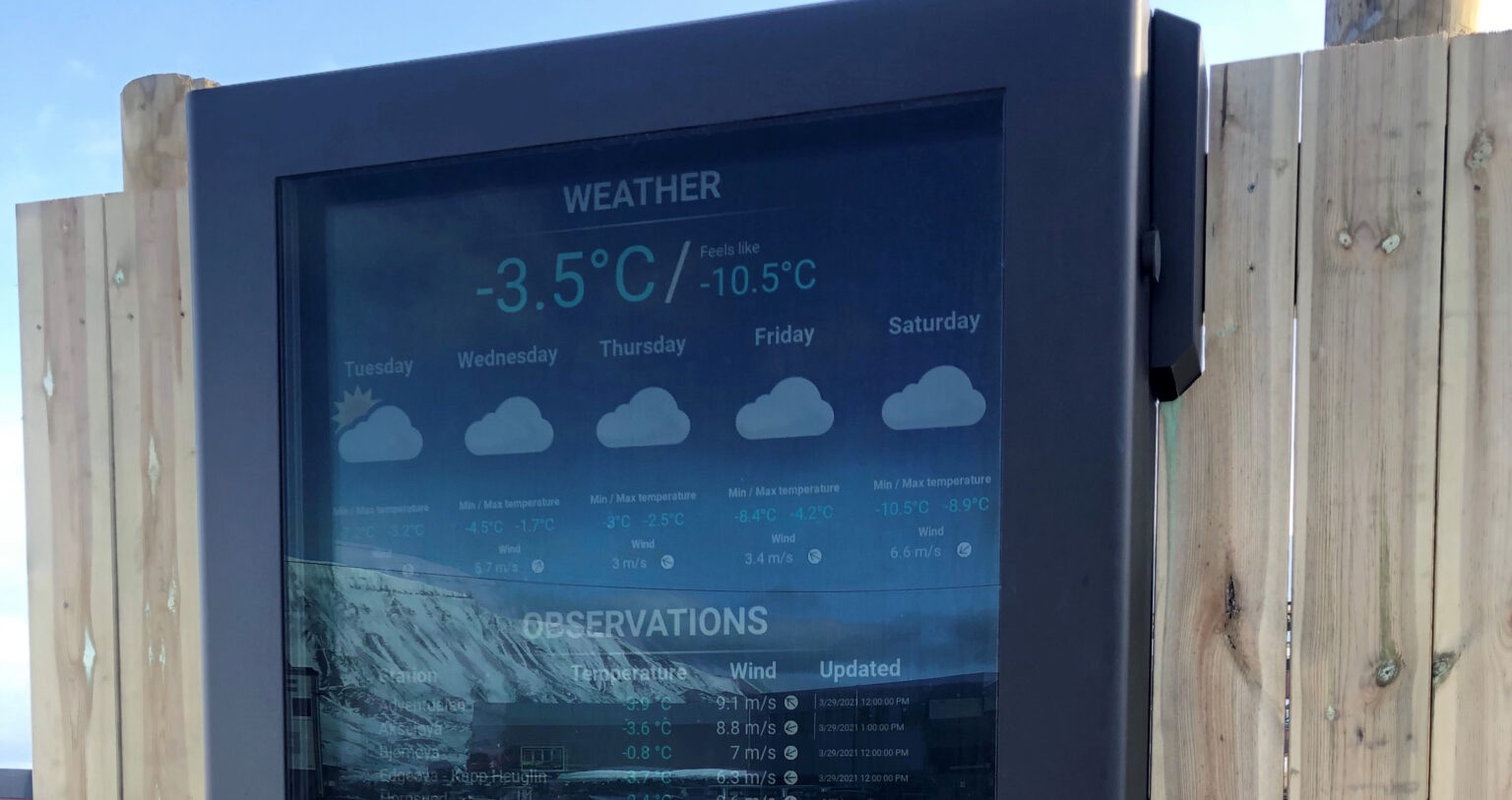 Getting important and possibly lifesaving alerts about things like high avalanche risk is now considerably easier thanks to high-profile avalanche/weather information station at the edge of Longyearbyen leading to Adventdalen, plus the automating of urgent SMS alerts to everyone in Svalbard even if they’re not registered residents.

The two new alert aids were unveiled this week by The University Centre in Svalbard and Longyearbyen’s municipal government.

“By going close to the beacon-checker you’ll get a green ‘Go’ signal if your avalanche beacon is turned on correctly,” the release notes.

The city and Telenor Svalbard set up and are operating the board initiated with the help of UNIS’ Arctic Safety Centre.

“The idea behind the board is to share information that can be used by groups and individuals to assess whether they should go into the field or not,” said Martin Indreiten, general manager at the Arctic Safety Centre.

“The weather on Svalbard can be brutal, and it changes fast. Conditions may have changed since plans were made the day before. In addition, we believe the availability of the information involves the whole group in the decision-making and assessment of the current conditions.”

At least three sizeable avalanches were observed by snowmobilers during day trips from Longyearbyen during the past weekend, when a blizzard and significant previous accumulation made excursions in mountainous areas hazardous.

The city and Telenor are also collaborating on the new automatic SMS alerts, which will be transmitted to all phone-equipped devices detected by the telecom’s base stations. City Manager  Hege Walør Fagertun said the preferred option was sending alerts to everyone in Svalbard’s population registry, but “it is not possible to distinguish between permanent residents and visitors, and this is a solution where all mobile phones connected to the bases receive the same message.”

Alerts are sent for things such as natural hazards that result in evacuations, traffic bans or pose a risk to the general population, plus other incidents of similar importance. Fagertun said Longyearbyen-related alerts will not be received by people outside Telenor’s coverage area for the town until they enter that area. 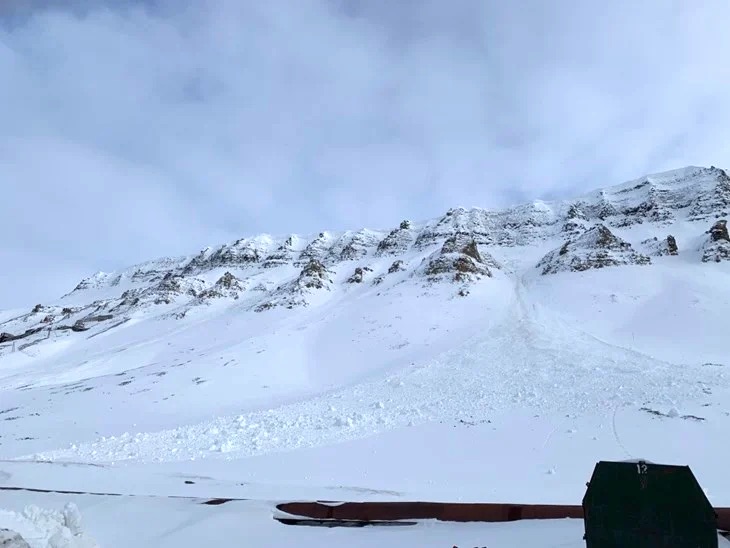 Previous post ANOTHER (NON-HARMFUL) AVALANCHE IN NYBYEN: No buildings or people near snow slide, and another evacuation not necessary, but elevated risk for area remains, governor says 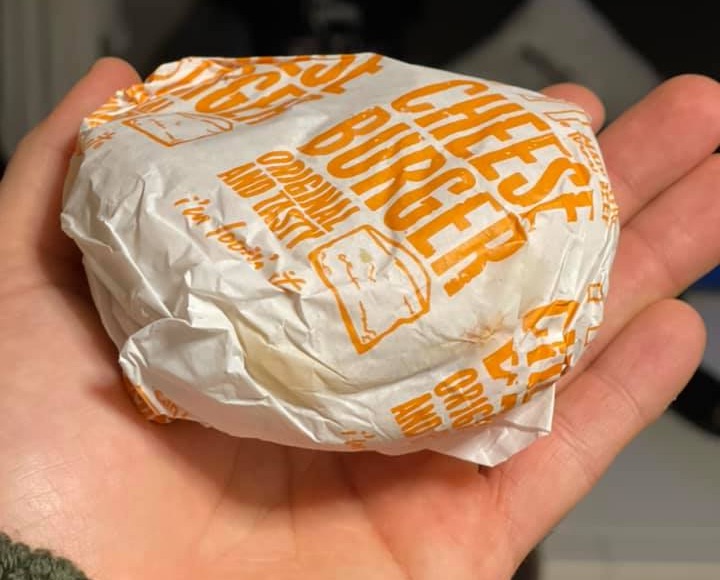 Next post NO JOKE – MAN PAYS 500 KR. FOR THIS WELL-TRAVELED CHEESEBURGER: One of the meatiest online auctions ever in McD’s-free Svalbard sizzles w/ twist from clowns and kids