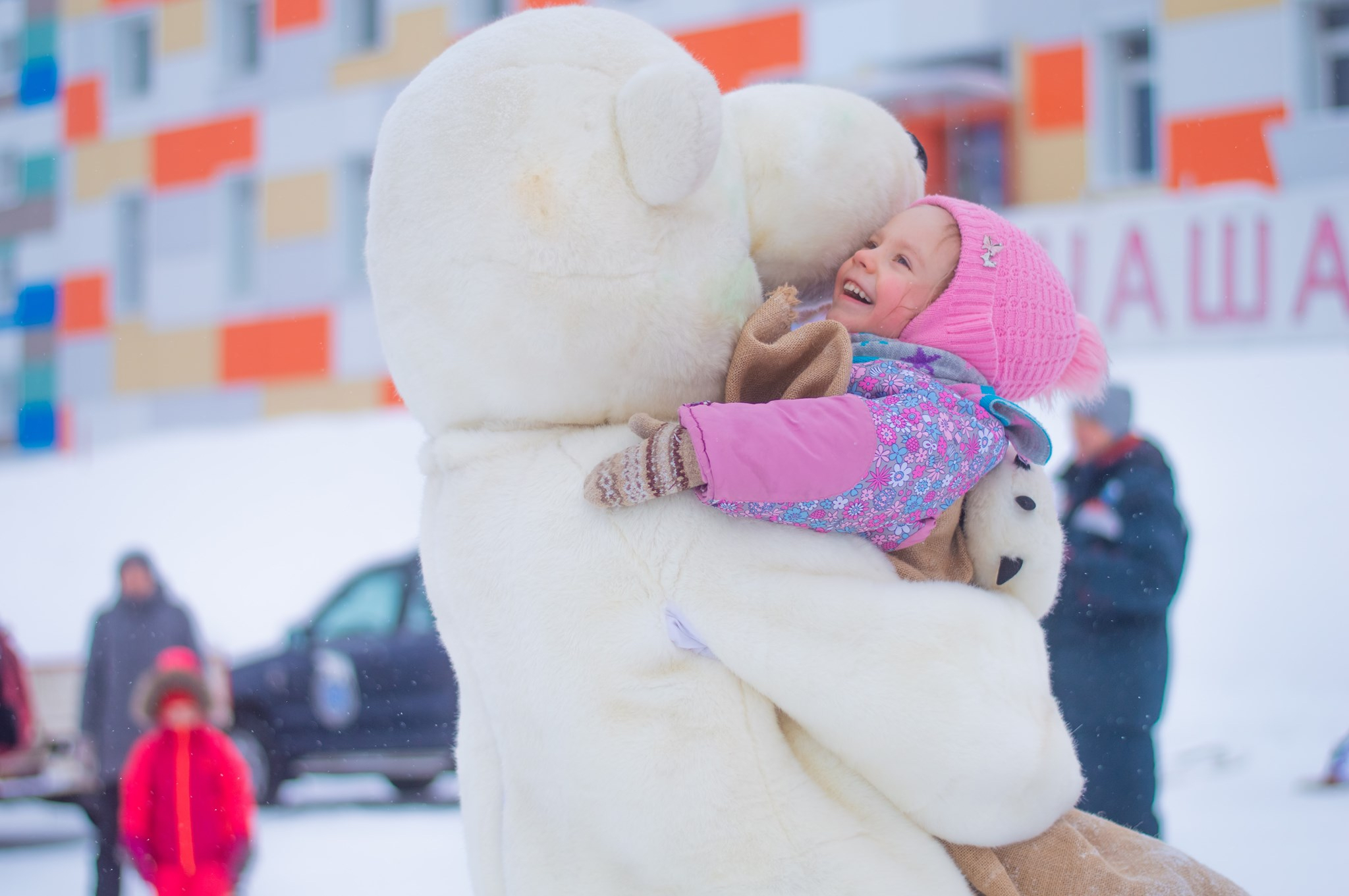 SAME SAME, BUT DIFFERENT: Barentsburg and Pyramiden avoid layoffs and mining remains strong, but transit is harder and no one is vaccinated as they share Svalbard’s COVID-19 struggles

There’s no layoffs (although hours and seasonal hires are being cut), but travel to/from their home countries of Russia and Ukraine is even more of a hassle than for their neighbors from mainland Norway. The economic situation is also somewhat better because they’re maintaining significant coal mining activity, but nobody’s been vaccinated yet.

Call it a classic case of “same same, but different” compared to Longyearbyen as Svalbard’s Russian settlements of Barentsburg and Pyramiden struggle with the impacts of the COVID-19 pandemic and this week’s long list of new restrictions threatening to choke off much of the already subpar the spring and Easter tourism season.

“Everybody is ready to scream because everybody is having the same emotions about what is going on,” Ivan Velichenko, manager of the state-owned GoArctica company that operates tourism in the Russian settlements, said Friday. “But at same time they recognize the Norwegian authorities are trying to keep everyone safe.”

Numerous companies in Longyearbyen have announced layoffs and/closures due to the rules the Norwegian government imposed that will last at least through April 12, with a ban on serving alcohol among the most significant mandates. In contrast, Velichenko said no layoffs are occurring as the Russian government continues to show support for keeping tourism activities going, but employees are seeing their work hours and income reduced.

“It’s no secret that it will have a big impact on the tourism industry in Pyramiden and Barentsburg, especially the restaurants and bars we are opening,” he said.

Furthermore, normally GoArctica hires more workers on short-term seasonal contracts during the spring due to a surge in demand, Velichenko said. But this year replacements have only been brought in to replace departing workers and “soon we will decrease” since they won’t be replaced at all while the new measures are in effect.

“Normally we have about 430 to 450 people during winter and spring, but these days I don’t think we even reach the level of 400,” he said. “I’m thinking in the coming months it will reduce a bit more.”

While Norway is ending its coal mining operations, reducing the number of such employees in Longyearbyen to a mere trickle, Barentsburg is continuing with full-scale operations expected to last for many more years. That means mining remains a slightly bigger percentage of the workforce than tourism despite rapid growth in the latter the past few years, offering an economic cornerstone during the pandemic its Norwegian neighbor lacks.

Velichenko said overall it’s been “so far, so good” for mining during the pandemic, even though the rules and restrictions have complicated and hindered some activity.

Another notable differences in the Russian settlements compared to its Norwegian neighbor is a significant number of business comes from Longyearbyen residents making day or weekend trips, which is seeing a dropoff, Velichenko said.

“This weekend we were expecting more than 50 guests from Longyearbyen,” he said. “Of course the alcohol ban can change the mind of some of the guests.”

There’s a big “however” in this weekend’s dropoff since the perfectly “normal” hinderance of poor weather in the form of a blizzard with gale-force winds (increasing the avalanche risk as well) is forecast Saturday. That disrupts the plans of locals who often want to spend one night in each of the settlements, as well as those hoping for an overnight visit Saturday, Velichenko said.

One bright moment Norwegian and Russian settlements were able to share came earlier this month when each observed a traditional “out of darkness/winter” celebration. For Longyearbyen that meant the annual Solfestuka gathering on March 8 that gets lots of national and often international attention. In Barentsburg a week later they decided to host a first-ever celebration of Maslenitsa, a traditional celebration marking the end of winter, described by some sources as a Russian Mardi Gras.

“We got a good crowd from Longyearbyen, maybe 40 guests,” Velichenko said, noting that’s the maximum they could host under the public gathering rules in effect until this week. Now, however, “we cannot have more than 20.”

The no-alcohol rule for restaurants and pubs has resulted in Karlsberger Pub and Kroa shutting their doors temporarily in Longyearbyen. Velichenko said both Russian settlements are keeping all of its restaurants and bars open – serving alcohol-free drinks only – while removing all alcohol-related products and displays.

“There is no visual kind of alcohol, which makes it look a bit empty, but tourists will see it and won’t even think of alcohol,” he said.

In Longyearbyen there was a surge of visitors in late February and early March which, if not approaching normal levels of traffic in past years, at least offered businesses hopes of a better spring than last – until the new measures were announced. In a similar vein, Velichenko said there were relatively good visitor numbers for seven-day expeditions beginning from the Russian settlements in March before the new measures were announced, but now many with upcoming bookings appear to be taking a wait-and-see approach.

Still, as with Longyearbyen the settlements of Barentsburg and Puramiden share one marketing “trump card.”

“There is still no Covid, so this is our game on one end,” Velichenko said, adding the Norwegian government’s recommendation against non-urgent travel still has many potential visitors undecided.

While Svalbard is exceptionally rare in remaining free of officially diagnosed COVID-19 cases since the onset of the pandemic a year ago, much of that is due to extra restrictions. Those have been as extreme as banning visitors and exiling those already here, and at present means everyone must have a negative test for the virus within 24 hours of departure for the archipelago.

Also, numerous visitors have been forced to quarantine in their guest lodging when it became known they were in close proximity to people with the virus on the mainland.

Residents of Longyearbyen have complained the testing requirement makes travel to and from the mainland problematic when necessary on regular basis for things such as medical treatment or work (the cost of the tests is also cited, although at present it’s possible for locals to obtain them free). Residents of Russian settlements face more obstacles and costs due to Norway’s strict border-control rules, although Velichenko said it’s much easier to leave Svalbard than enter.

“If you’re Russian you go to Kirkenes and can enter Russia, and no Covid test is required because Svalbard is a Covid-free land,” he said. “Those going to Ukraine need to take a test in Oslo.”

Everyone must spend 10 days in quarantine on the Norwegian mainland before reaching Svalbard, a hardship their Norwegian counterparts don’t suffer. Adding to that extra obstacle is “if you’re a newcomer the company pays, but if you’re outgoing (and returning) you must pay,” Velichenko said.

Another extra woe in the Russian settlements is they usually depend on an occasional charter flight direct from Moscow for large changeovers in all employee which have been on hold during the past year, Velichenko said. While he said he expects the restriction to be lifted in the relatively near future, it will obviously not occur until Norway lifts other general travel restrictions.

One thing that will help speed up reopenings is the vaccinations now being administered throughout Norway and elsewhere, especially since the Norwegian government declared last week vaccinating all Svalbard residents is a priority due to the archipelago’s remoteness and lack of resources to cope with an outbreak.

“That makes sense they are thinking about us, all of us here, but they still need to make a real plan,” Velichenko said, noting an actual time table for residents to be vaccinated hasn’t been announced.

But while all of Longyearbyen oldest and most medically vulnerable residents a have now received at least their first vaccination shot, Velichenko said he is not aware of anyone in the Russian settlements who has – and it seems residents there aren’t complaining about it or suggesting Norway is favoring its own (which is a heated issue in many other Svalbard-related issues between the two countries).

“I haven’t heard any thoughts about it because I think we are living in the land of no Covid,” he said. But there’s also questions about the different vaccines that have been used so far and “I cannot say many people are eager to run for vaccinations right away.”

“All of the locals have been given a paper asking if prefer a vaccination in Barentsburg or Longyearbyen, and if they will accept one,” he said.