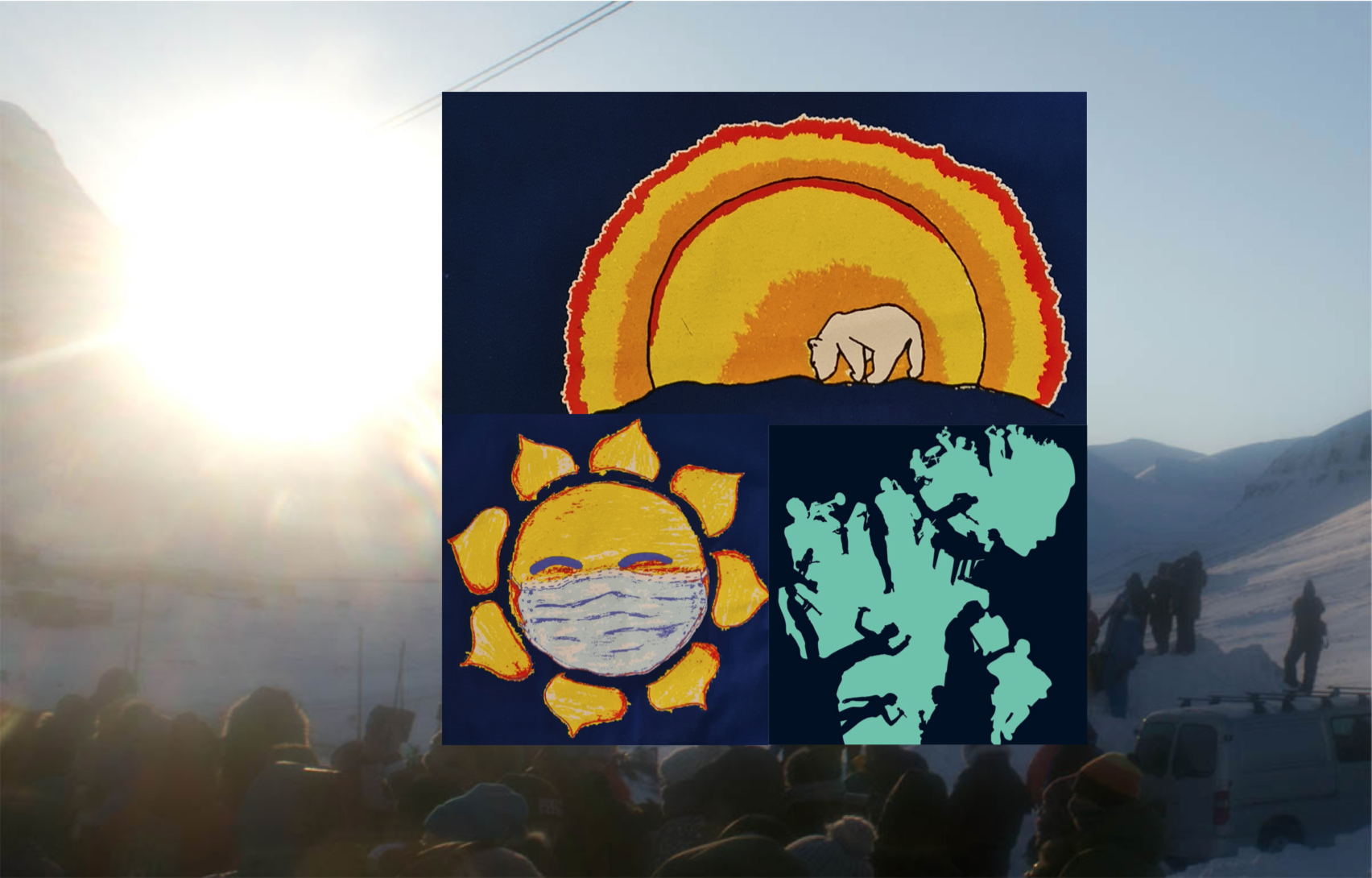 It’s sunny news this year’s Solfestuka festival will retain most of the traditional elements of Longyearbyen’s most-famous annual celebration, despite the COVID-19 pandemic.

But there’s one big cloud on the horizon for the festival scheduled to start March 6 in that the annual revue showcasing local events of the past year in satire and song won’t be staged. However, perhaps offering some extra light is the lineup for the weeklong festival is extra eclectic, including the political separatists behind those neon “Make The North Great Again” signs getting local kids to sing their slogans, a swashbuckling and silly sledding contest, a polar dip/Arctic sauna, and resurrecting “the best night”of the cancelled Polarjazz festival.

Also, organizers are feeling so bright about this year’s festival – one of the very few large public events since the pandemic began a year ago – they’re featuring two official logos drawn by local students instead of one.

The main event of Solfestuka, the return-of-the-sun gathering the old hospital stairs at Skjæringa where revelers will see the first rays of sunlight on the main part of town in more than four months, is scheduled to begin at 12:30 p.m. March 8 (the sun will rise above the horizon – whether impeded by clouds or not – at about 12:50 p.m.). As with last year’s Settendai Mai celebration, some measures will be in place to comply with the Norwegian government’s COVID-19 rules regarding outdoor public gatherings.

“Infection control is important here, so there will be zoning for classes, kindergartens, residents and tourists,” the festival’s program notes.

Among the other traditional events are an art exhibition debut at Galleri Svalbard at 6 p.m. March 7, story times for children at Longyearbyen Library at 10 a.m. March 9 and 11, and the “Take A Chance” sledding competition (plus other snow activities and music) where the decor and “engineering” of sleds are prized considerations on the ski hill at noon March 13.

Special events including an opening ceremony and concert by Ola Bremnes at Kulturhuset at 5 p.m. March 6, a “sun trip” excursion by local outdoor recreational leaders at 6 p.m. March 10, and a “winter baths and Arctic sauna” gathering with other activities (“art, dance and music,” according to organizers) at the Svalbad hut at Longyearbyen Harbor from 1-5 p.m. March 12.

There’s also two performances on March 9 by the political action group Nordting, which advocates what it calls populist issues related to the High North and is responsible for two highly controversial “Make The North Great Again” signs scheduled to be displayed until later this month. They will collaborate with local students during a midday show for fellow students only at Kultuehuset, then return to the venue that evening with the students and the Store Norske Men’s Choir.

Closing out the festival will be the Vorspiel show featuring (primarily) music from a variety of local residents signing up for the evening that traditionally opens the Polarjazz festival. Since the jazz festival was cancelled due to virus-related problems (however, a podcast featuring interviews with key officials and a headline musician was posted online shortly afterward), the local show is being revived since, among other things, it’s generally the most well-attended night of the festival.

“We have many incredible local talents in our little town that fortunately haven’t practiced in vain in recent months – and we are so incredibly happy that in collaboration with Kulturhuset we can get ‘the best evening at Polarjazz’ to take place anyway,” the Solfestuka festival’s website announced.

Tickets for both the Polarjazz show and Ola Bremnes concert are selling rapidly and limited to 200 people at the moment, although more may be permitted if the Norwegian government relaxes its rules for public gatherings.

One longtime cornerstone Solfestuka event will be missing this year, as the revue of songs and skits that is normally performed at Huset during the Friday and Saturday nights of the opening weekend of the festival won’t be staged. As with many cancelled events during the past year, complications imposed by COVID-19 rules that restrict size and interaction of groups, hinder people travelling from the mainland to handle certain staging duties and limit audience size proved too much to cope with.

On the other hand, there will be a double dose of a trademark traditional – literally – as there are two official logos for the festival drawn by local students. All Longyearbyen School students in grades 1-7 drew sun profiles being displayed at Longyearbyen Library through the festival, with judges selecting an extra winner whose work will be includes on festival merchandise.

“The main winner, Joanna Eriksson (a seventh-grader), gets her drawing on the front of the t-shirt, as well as on the jacket marker,” the festival’s website notes. “The extra winner, Mikael Bergman (a sixth-grade student), gets his drawing on the back of the t-shirt. So this year’s t-shirts are exclusive.”

Monday
• 12:30 p.m.: Return of the sun gathering, featuring speeches and music. Areas will be zoned for students by class, residents and tourists due to COVID-19 control requirements. Old hospital stairs at Skjæringa.
• 8 p.m. (tentative): Solquiz. Event may be held online.

Wednesday
• 4 p.m.: Exhibition opening: “People about Longyearbyen as a physical setting.” Arranged by LPO Architects and the Svalbard Social Science Initiative (SSSI). Outside Svalbardbuttiken.
• 6 p.m.: Sun trip with Aktiv i Friluft – Destination and tour guide to be announced. 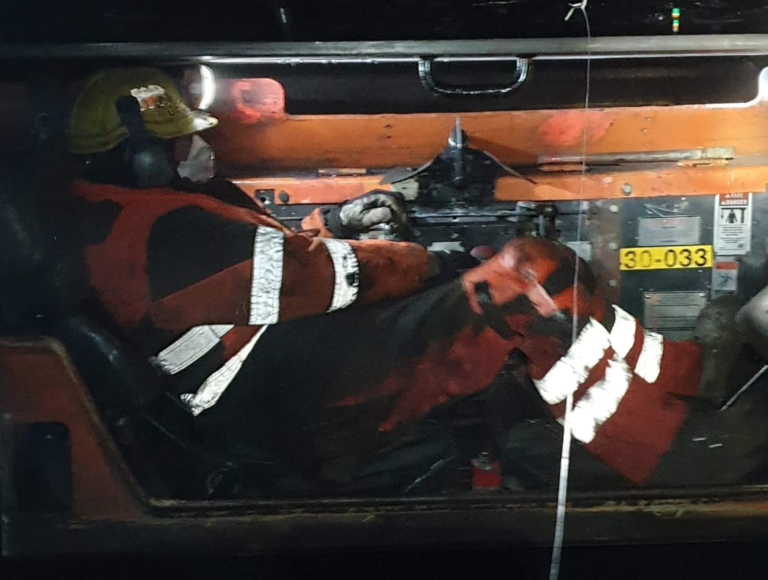 Previous post MINE 7 TO CLOSE IN 2028: Last Norwegian coal mine to shut down when Longyearbyen’s coal power plant does; Store Norske will then dismantle mine and focus on ‘greener’ energy 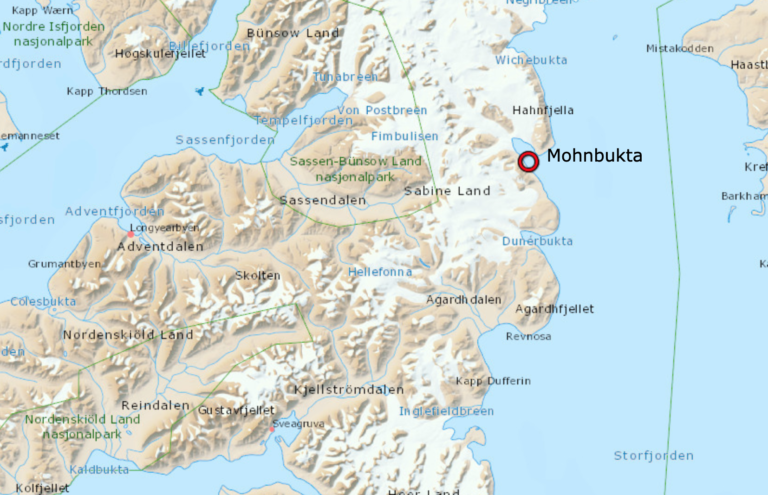 Next post POLAR BEAR INJURES MAN IN EAST SVALBARD: Bear shot and killed after attack on two-person excursion to Mohnbukta