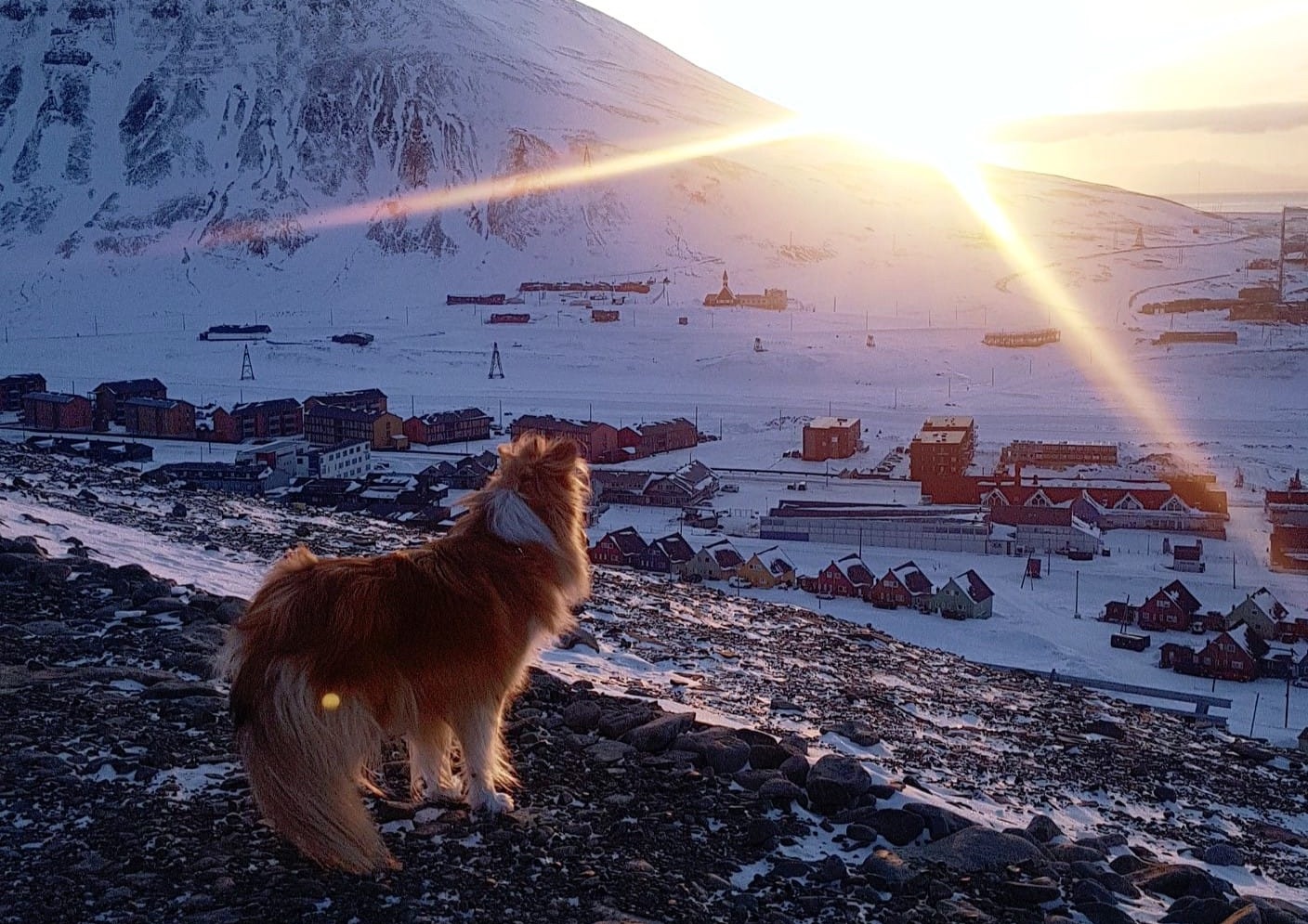 The infamous year known as 2020 got off to a tragic start minutes after midnight with the appearance of a menacing polar bear in Adventdalen that was killed not long after.

The surely-it’ll-be-better year known as 2021 got off to an ominous start minutes after midnight when the disappearance of a tiny dog known as Elfy into Adventdalen because she was spooked by fireworks.

But this year there was happy ending, thanks to a community immediately setting out “on foot, skis, dogsleds and snowmobiles” into the dark wilderness, leaving behind the fireworks and toasts were still taking place in town.

Elfy, a Shetland Sheepdog, fled the familiar comforts of her home almost exactly as the New Year was ringing in with the reverberating pyrotechnics individuals all over town started firing off in abundance many minutes earlier, according to Moa-Maria Kero, co-owner of the canine along with her husband Stig Andersen.

“She is very friendly and have lots of two-legged and four-legged friends here,” she wrote in an e-mail interview. “Not too fond of going outside during the most windy and cold days. She has not been scared of fireworks while indoors, but during New Year’s Eve at 11:58 she got out by mistake and was of course very scared and ran away. I guess she just wanted to get away from all the noise and ran to the dog kennels where we tend to walk (we have our huskies there).”

Fortunately, the New Year began on a mild note in terms of the weather, with a temperature of 1 degree Celsius and little wind. There was also fresh snow and it was two days past a full moon – even if the skies weren’t completely clear – making it easier to seek out and follow Elfy’s tiny paw prints.

But this being 2021, primal instincts also meant immediately sounding an alert on social media.

“If anyone is going skiing/hiking/dogsledding in the area please help to look,” Kero pleaded in a post on a Longyearbyen community Facebook page. “She has unfortunately been very intimidated, so it is not certain that she is as trustworthy as she uses to be. But she likes candy!”

The couple set out on snowmobiles and followed the tracks a short distance into Adventdalen before being forced to abandon their scooters and do a more careful search on foot. But a short time later the tracks appeared as though they might continue in one of two directions.

But meanwhile there were plenty of others out and about, and letting Kero know about it in the comments section of her Facebook post.

“We’re keeping an eye out,” wrote Marianne Westby shortly after the post appeared, followed almost immediately by Louise Green Jeppsson remarking “we’re taking a trip now and looking out for her.”

But a tiny dog in a big valley is not easy to find in the dark.

“Just came from (the vicinity of) Mälardalen skis,” remarked Joachim Gullvik Hines.
“Crossed Adventdalen and called for Elfy without getting answers. Hope you find her.”

A dog wandering in Svalbard’s wilds is exposed to considerably different risks than in town, including polar bears. But Kero, in her interview, stated that wasn’t her main concern.

“It was warm outside, so I was not too concern of her freezing if she wasn’t injured and kept moving,” she wrote. “But if she would’ve been hurt and stuck somewhere even 1ºC would be hazardous. I thought of polar bears, of course, but that was not my biggest concern. The weather conditions are more of a threat I think.”

Kero said she was also concerned about the potential risks a large number of people searching the valley might face is something like a polar bear appeared, although “I know they were experienced people who take the safety precautions needed in the Arctic.”

As it turns out, Elfy’s “rescue” was by a family watching fireworks outside their cabin in Todalen without any idea of the searchers nearby.

“Elfy came to our cabin when we were out playing with our kids,” Carina Johansen wrote in an online interview “Elfy came to our son, Emil, and wanted to cuddle. And then me and Martin saw the dog and that no one was with her. And noticed that she didn’t have a collar on.”

Johansen’s daughter, Sara, and a friend recognized the dog was Elfy and the family contacted Kero.

“When we found the dog we didn’t know she was missing,” Johansen wrote. “After we contacted the owners , we gave Elfy water and some food. Elfy is a really nice and faithful dog, and we loved to help her care for Elfy while (her owners) organized themselves to come to get her back home.”

Johansen let the Facebook followers know about her find, resulting in the thread ending with lots of comments most filled with emojis of hearts and strings like “.”

“What can I say?” Kero wrote in a follow-up post a day later (at 1:20 a.m., almost exactly 24 hours after Elfy’s rescue). “Once again Longyearbyen shows that we live in the world’s best city. I am so incredibly grateful to everyone who has lined up to look for Elfy on foot, skiing, with dogsleds and scooters. Colleagues, friends, acquaintances and unknowns. Don’t know what I would do without you.” 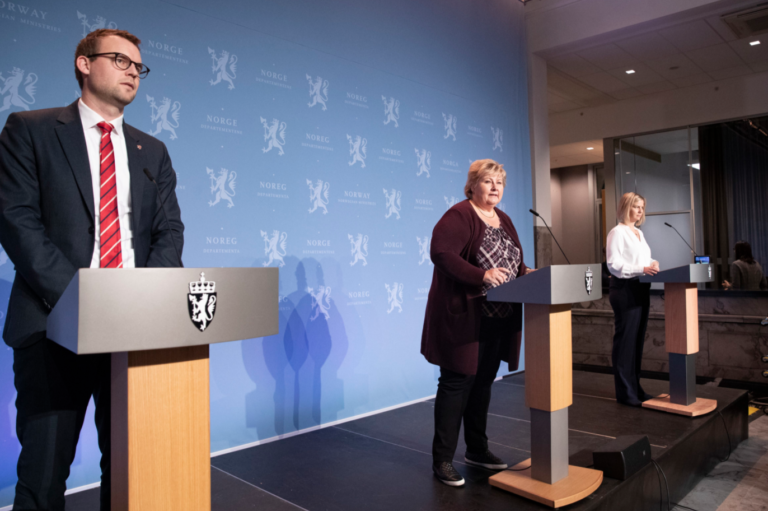 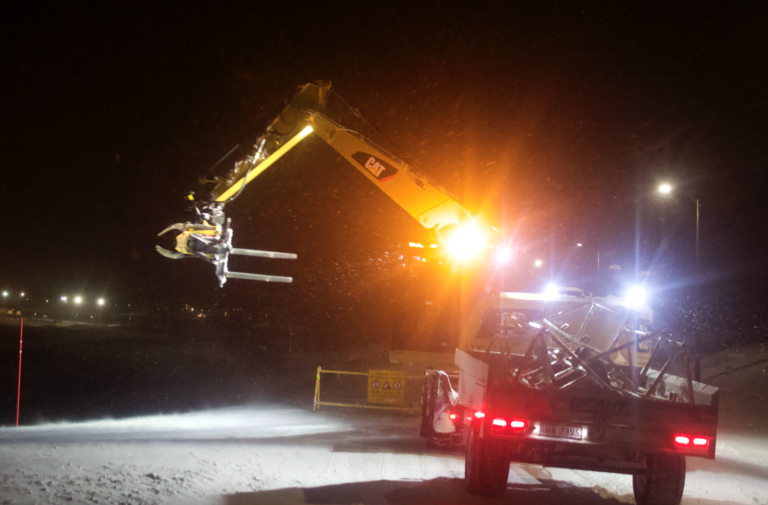