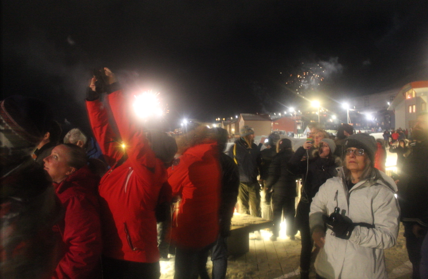 Those hoping to toast the departure of a dismal 2020 at midnight are getting a sobering reminder of the realities that will still exist in 2021 as city and tourism officials are reminding people that hotel and pub guests cannot toast the occasion with champagne when they’re outside to watch the fireworks, due to a COVID-19 restriction banning the serving of alcohol after midnight.

Also, for those who New Year’s resolutions include workouts at the gym, the city announced Wednesday a 10-day quarantine requirement is now in effect at Svalbardhallen for residents who’ve traveled to the mainland for the holidays or other reasons.

The reminder about no outdoor alcohol for New Year’s, published by Svalbardposten on Thursday, is due to a nationwide ban on serving after midnight that has been in effect for months. City Manager Hege Walør Fagertun told the newspaper one hotel applied for an 30-minute exemption, but “these are national rules and cannot be reviewed locally.”

Those indoors such establishments, or returning from outdoors after the fireworks, can indulge – as long as it’s a drink they received before midnight.

The new quarantine at Svalbardhallen, as with a requirement any residents infected on the mainland must go through a quarantine period there, is due to the worsening COVID-19 situation in Norway, Knut Selmer, the infection control doctor at Longyearbyen Hospital, said in a prepared statement.

“No one with symptoms should participate in exercise activities,” he added. 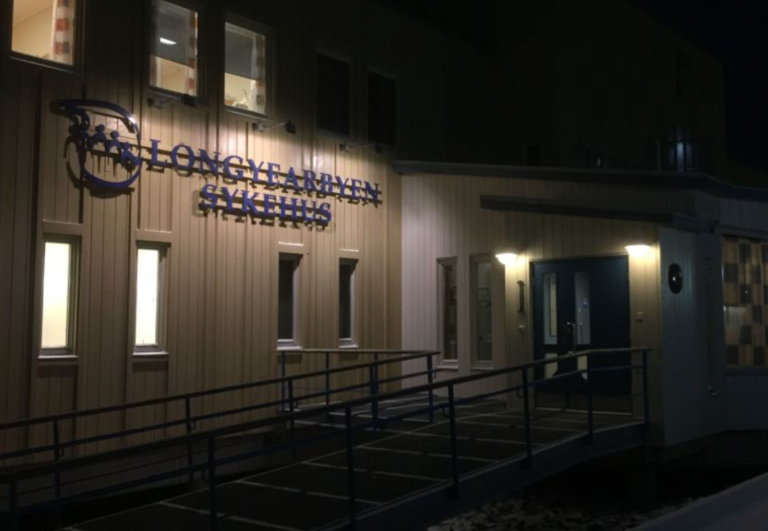 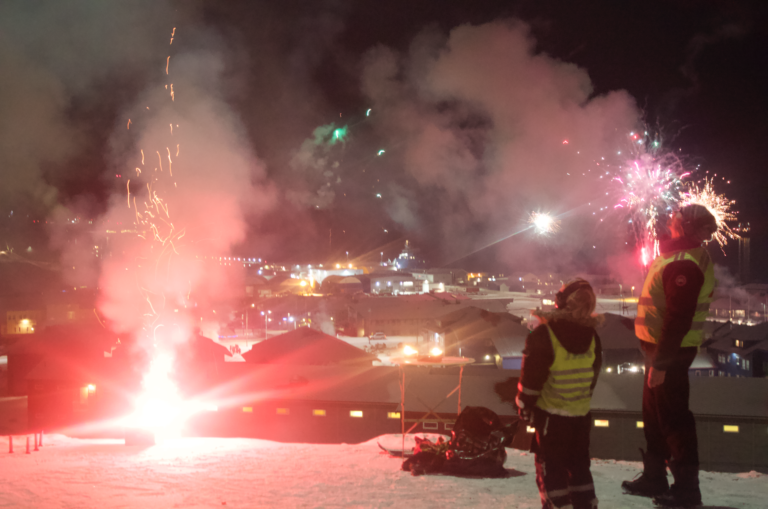