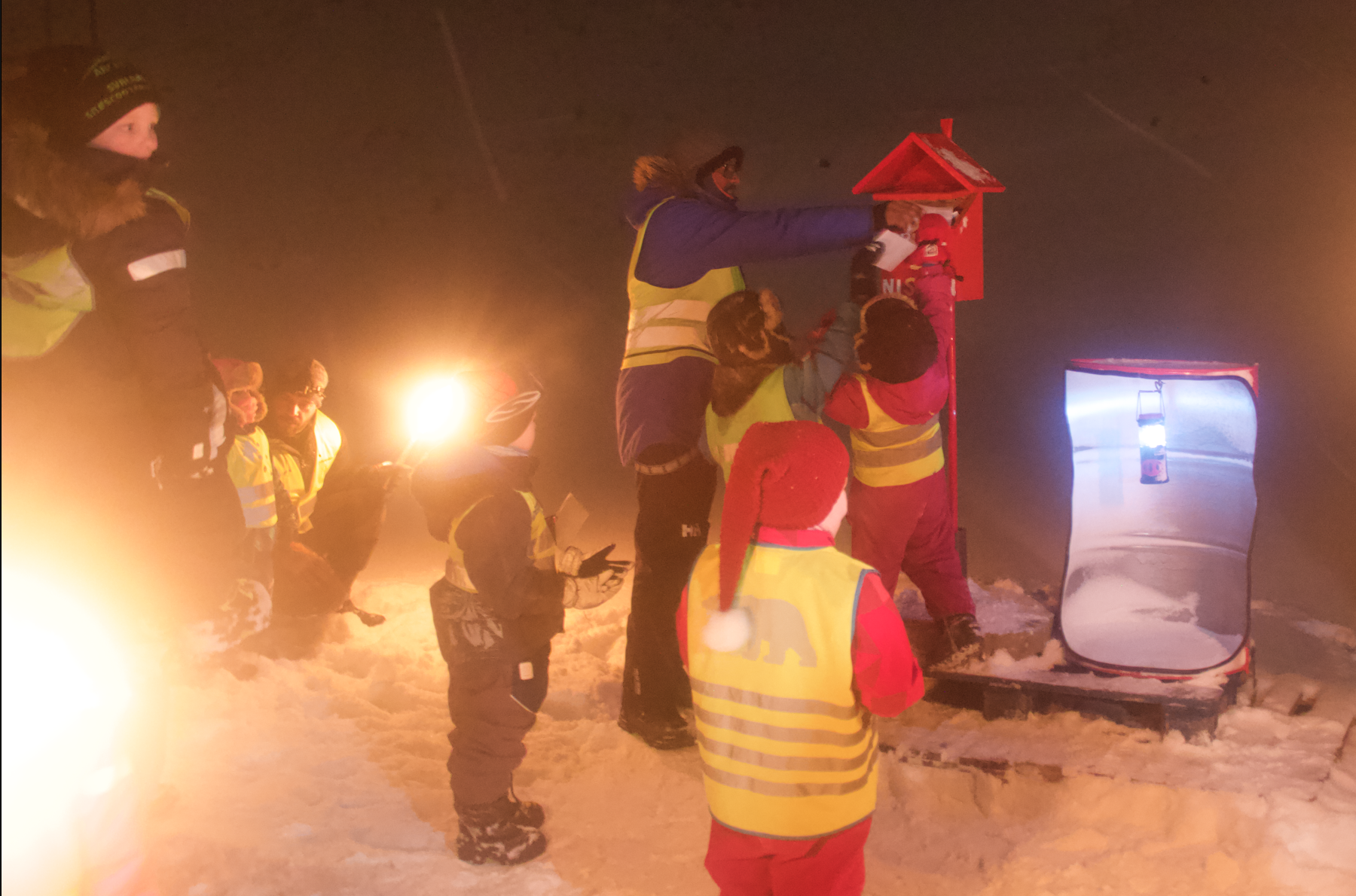 An idyllic snowy, yet mild and mostly windless, first Sunday of Advent in the world’s northernmost town was full of traditional celebrations to mark the start of the holiday season – but as with so much this year there were some peculiar and sometimes mystifying differences.

But, in what might be called a gift, not all were sickly and/due to The Curse That Shall Not Be Named (at least near the top of this festive feature).

The unveiling of a Svalbard gingerbread village, a Mass with special music, a midday traditional feast, a long torchlight procession during while children mailed their letters to Santa and the lighting of the Christmas tree in the town center were all familiar sights and sounds. But nearly all also will leave unique memories in where and how those events took place.

The gingerbread village just inside the entrance of the Rabalder cafe at Kulturhuset appeared (mostly) in full for the first time early in the afternoon. For the first time in its four-year history it featured a theme: the international structures/landmarks from places beyond Longyearbyen, with the cookie collection built by about 15 volunteers/groups including the historic power station in the Russian ghost town of Pyramiden, the Polish Polar Station at Hornsund and more.

“This is an international community and I wanted this to show that,” said Tone Løvberg, a teacher who has organized the project each year and whose students built the Pyramiden power station. While most of the village is in place, she said a few more structures may appear during the week ahead.

At about the same time at the “old” cultural center three kilometers away on southern outskirts of town, dozens of locals gathered downstairs at the bistro at Huset for a traditional Advent holiday meal while upstairs in the theater dozens more attended a Mass featuring the Longyearbyen Mixed Choir. The latter was relocated from its usual late-morning setting at Svalbard Church because of extensive renovations to the building.

At 3 p.m. those inside began wandering outside to begin the three-kilometer torchlight procession to the center of town that started about 15 minutes later. After walking a few hundred meters to the intersection leading to town, most paused for perhaps the mostly uniquely Svalbard part of the day – kids placing their letters to Santa in a custom mailbox placed at base of Mine 2B, where the Jolly Red Elf’s real workshop is located (notwithstanding all those fake news reports involving some place called the North Pole where you can’t even be assured of a stable year-round surface for such a facility).

This year’s mailings – and much of the rest of the day – took on more of a glow than usual as the bright lights of NRK TV cameras recorded the moments for a nationwide broadcast. While the youths offered colorful quotes about what they liked best about the holiday season and what’s different about it than elsewhere in the world, the items on their wish lists tended to have priorities other than good health and world peace.

The lights were also considerably brighter in the town center as well. In addition to the usual strings of holiday lights strung across the pedestrian walkway, industrial-strength bulbs shined bright from fences, construction equipment and the unfinished exterior walls of Svalbardbutikken as a large-scale expansion of the building is in middle stages.

But a few dozen meters away the tree near the landmark miner’s statue remained dark for many minutes after the torchlight procession and other locals crowded into the square. First came holiday music from the Longyearbyen Big Band (nestled snugly inside the entrance of the Lomensenteret shopping center) and the women’s a cappella group Tundradundrene (not so much), plus a holiday greeting speech from emcee Anne Lise Klungseth Sandvik, before soon-to-depart Svalbardposten Editor Hilde Røsvik delivered her own holiday greeting and led the countdown from ten to the lighting of the tree (which unlike some years went off without a hitch).

That “bright” point in the day normally would be followed by a Whoville-like coming together around the tree in a circle and holding hands while singing (and because this is Norway, the traditional circular dances that accompany the music). But this year’s communal circle was cancelled due to (cough, yes, we finally have to go there) COVID-19 restrictions that made that a no-no, although somehow it was still OK in the eyes of authorities (many of whom were there, of course) for the large crowd to gather while not wearing masks (not even the usual ubiquitous neck scarves since at a minus six degrees Celsius with little wind it wasn’t cold enough for them).

“We can tell people to practice social distancing when they gather here,” Sandvik said, emphasizing those participating were responsible for the safety of their own actions. “But if we tell them to join hands around the tree then we become responsible.”

Other little touches (or, shall we say, non-touches) related to the virus were evident, such as the use of tongs to pass out the traditional pepperkaker biscuits (gingerbread cookies to you English speakers) to the young and young-at-appetite.

The day (or continuous night, if you want to be astronomically accurate) concluded where things started at Kulturhuset with a storytime at Longyearbyen Library followed by the premier of two new holiday movies, one for kids and one for adults.

It marked just the beginning of holiday events that will last well beyond a month in Svalbard (since, among other things, the Russian Orthodox Christmas celebrated in Barentsburg is Jan. 7). While many locals are worried about how the virus might affect travel plans involving family and friends in mainland Norway and beyond (short version: Norway’s simple, international travel isn’t), festivities in town should remain mostly familiar – but perhaps with enough changes to make for a memorable end to an unforgettable year.

“Of course it will be Christmas, but just a little different than what we might have planned, Sandvik said.

0
InAdvent, Mine 2B, christmas, santa's mailbox 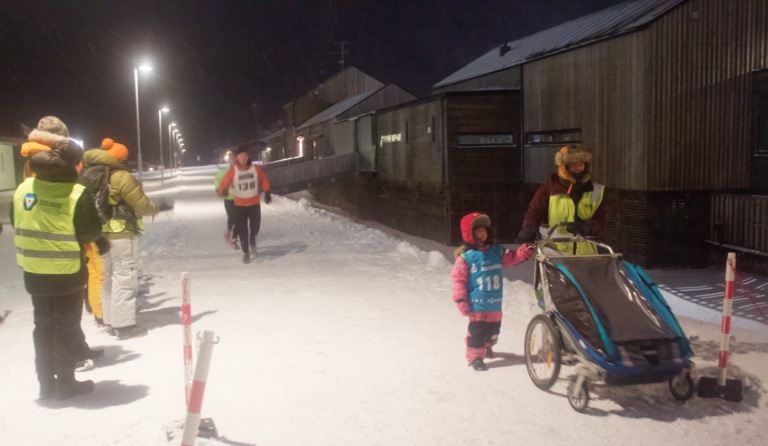 Previous post CELEBRATING CHRISTMAS AT WHATEVER IS YOUR SPEED: Full stocking of lively and leisurely traditional Svalbard events gets going, even in this year gone viral 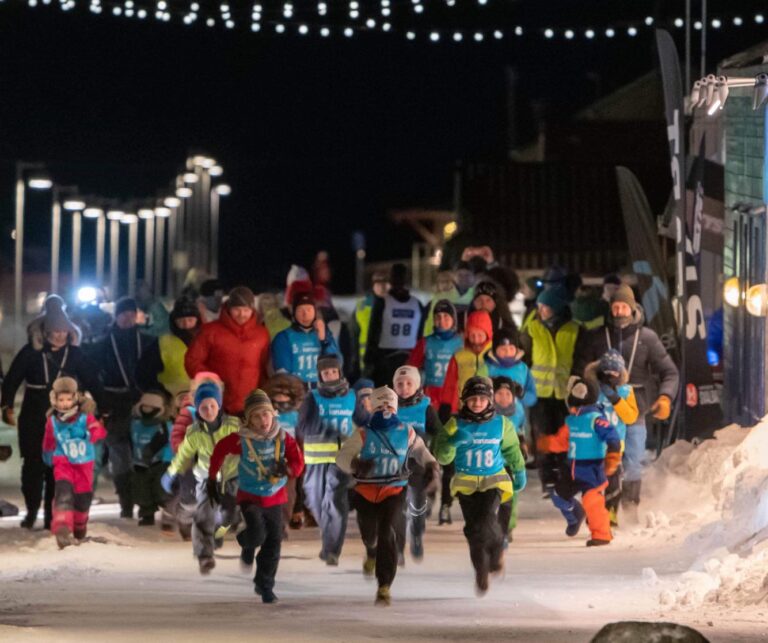 Next post SMALL FOLKS BIGGEST ‘WINNERS’ OF SMALL CULTURE FUNDS: Svalbard Turn gets more than recommended as others see cuts due to big COVID-19 hit to available annual Korkpenger funds