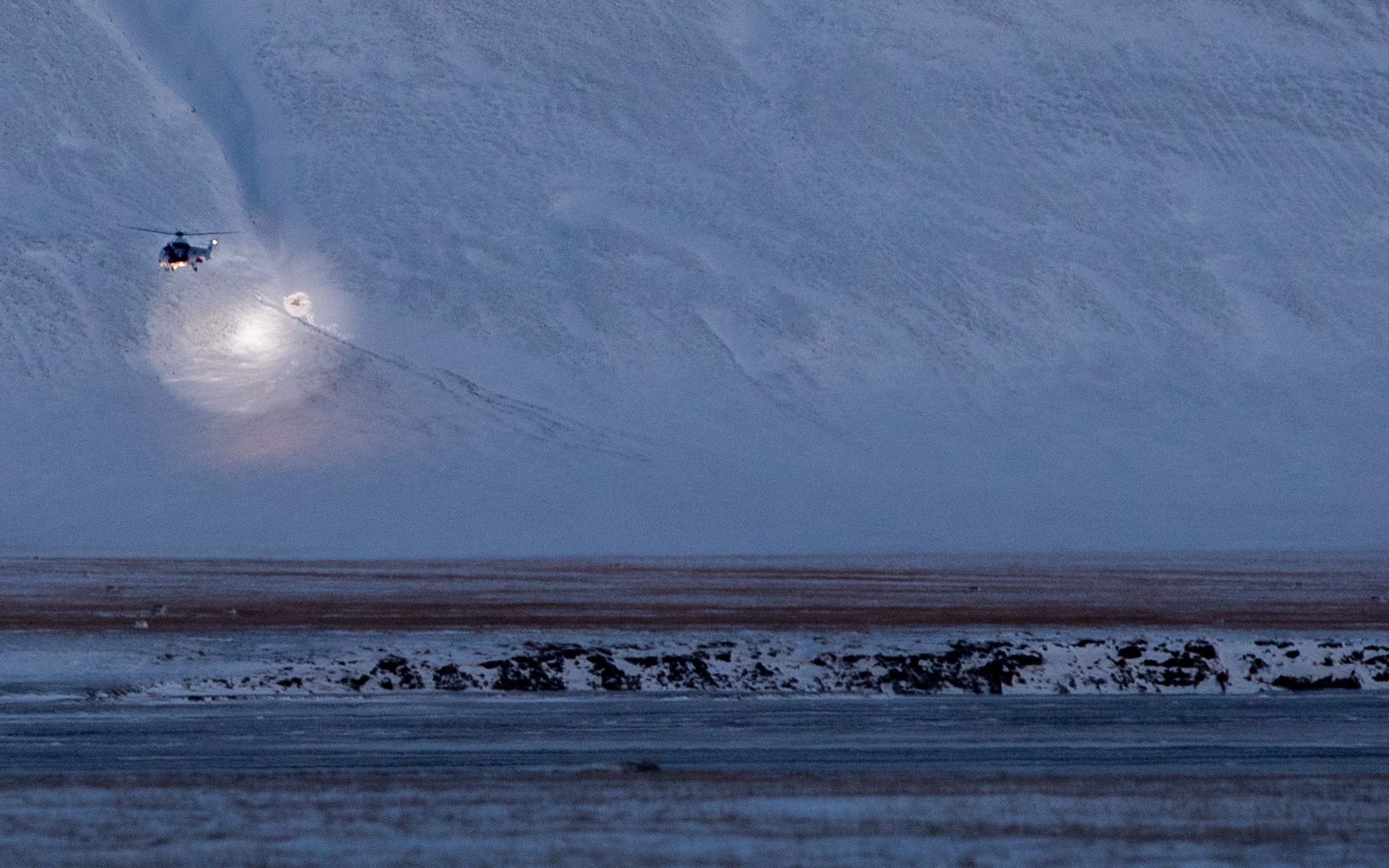 A polar bear first spotted near Longyearbyen on Saturday is still lingering two days later in Adventdalen, where it’s not moving around much or disturbing much, according to observers and The Governor of Svalbard.

The governor, which tracked the bear using a helicopter and vehicles on Sunday when it was spotted in the cabin area across the bay from Longyearbyen and moving into Adventdalen, sent the helicopter out again Monday to monitor the bear’s activities in the valley.

“Our governor is always keeping a good eye on the animal that has been roaming the area since yesterday,” Marcel Schütz, a local tour guide who posted a photo of the helicopter’s movements on Monday, wrote in a post on his Facebook page. “I hope the polar bear enjoys quieter times soon…how about a nice glacier front?”

The bear appears to be a large male and because it is not in an area where it is considered an imminent threat the governor has not contacted the Norwegian Polar Institute about removal options, Police Chief Lt. Magnar Silseth told Svalbardposten. The governor is urging people to exercise caution in the area, especially since Longyearbyen is now in nearly 24-hour continual darkness. 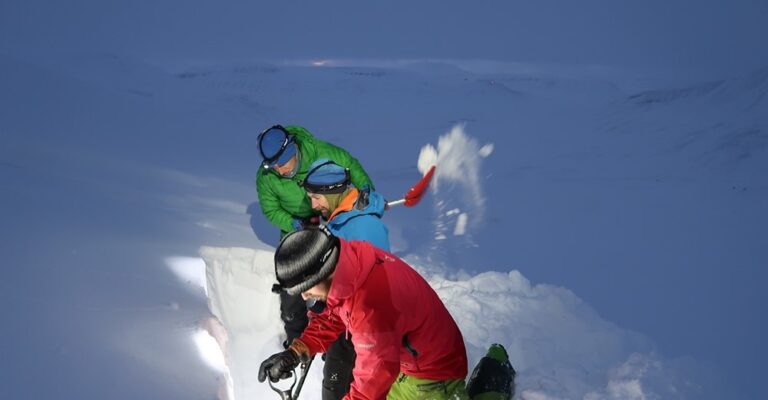 Previous post IT’S SNOW JOKE: Governor issues avalanche warning after snowslides in mountains south of town despite scant snow – but if you see lots of rescuers in the area today don’t panic 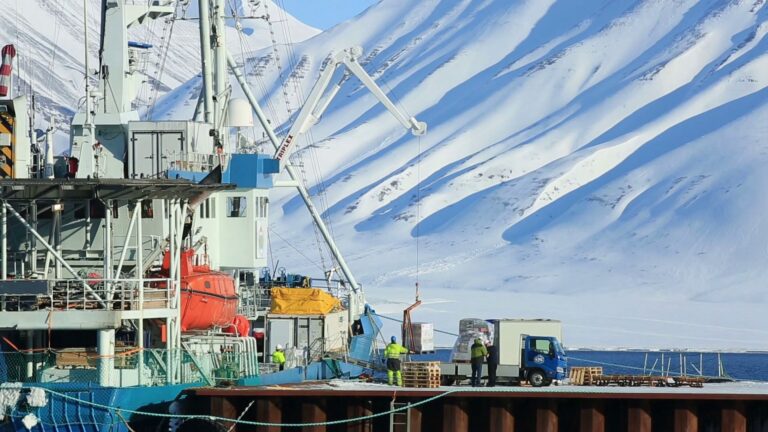