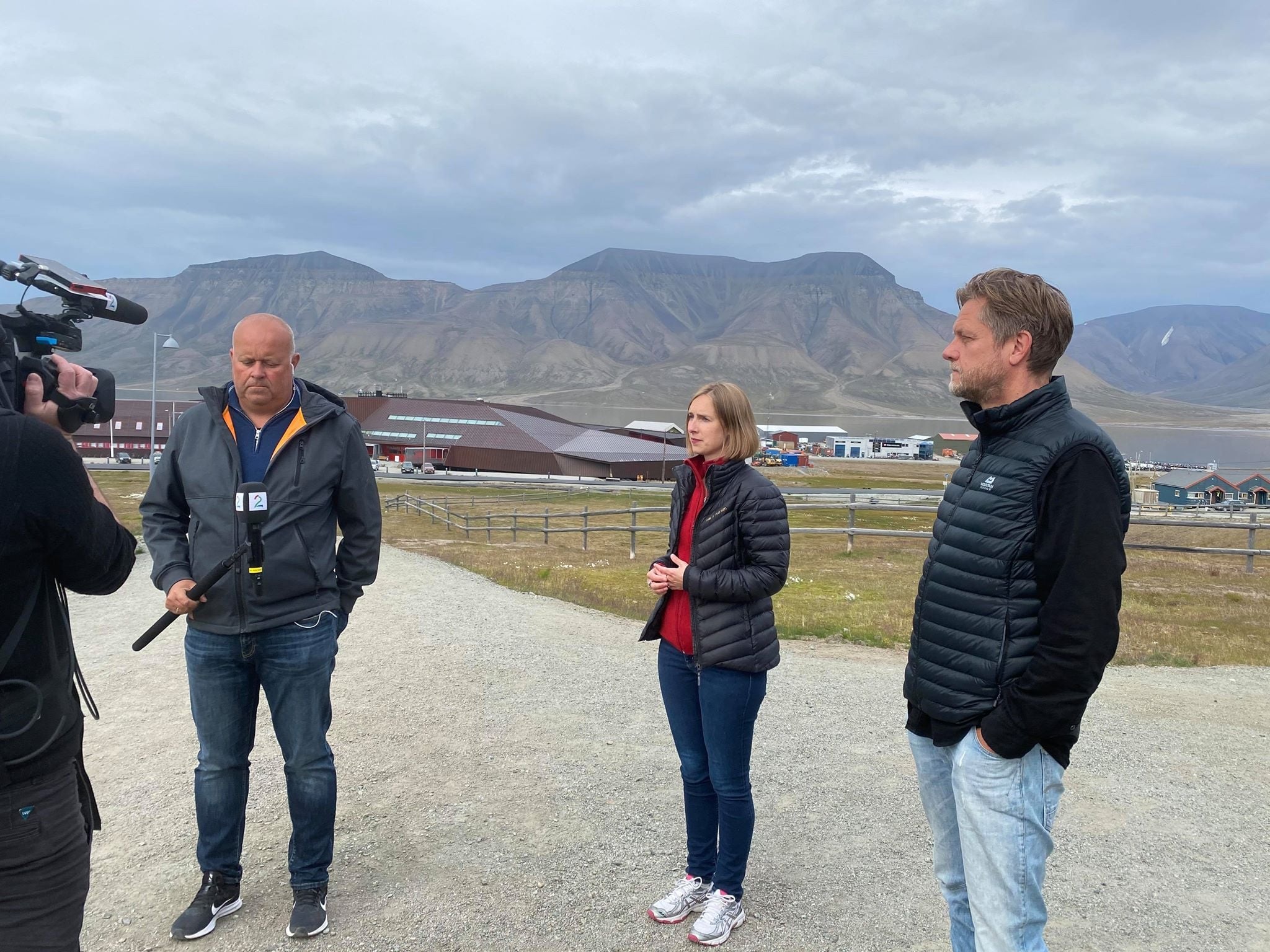 The Norwegian government is proposing a supplemental 25 million kroner in assistance for tourism companies in Svalbard due to the COVID-19 pandemic, in addition to previously-approved crisis aid targeted toward businesses, the Ministry of Trade and Industry announced Monday.

The funds were announced at the same time the ministry is proposing to allocate more than one billion kroner in assistance to tourism companies nationwide, plus 250 million for restructuring tourism and 200 million kroner in aid to municipalities that tourism companies are also eligible to apply for. But the Svalbard funds were singled out in a ministry announcement, which notes area businesses can also apply for nationwide funds.

“The tourism industry is the largest industry on Svalbard,” Minister of Trade and Industry Iselin Nybø said in a prepared statement. “The companies have a very demanding six months behind them and are now facing a low season. Therefore, we are now creating a temporary scheme that can contribute to the reconstruction, restructuring and innovation of tourism.”

Specifics of how the funds will be allocated and who is eligible to apply will be announced at a future date, according to the ministry.

The funds are a welcome boost, if not quite as quickly as many local political and business leaders pleaded for when Nybø visited Longyearbyen in early August. At time Visit Svalbard Director Ronny Brunvoll said “if the help does not come within the next couple of weeks, there is no future development to talk about” since some businesses were facing immediate bankruptcy.

But in an online interview Monday he called the proposal “very positive, for a start, definitely.”

“It seems that we have been heard, though we do not yet know any details,” he stated. “But I choose to look upon it as good for Svalbard and the local, whole year businesses in Longyearbyen. And also that it will prevent unnecessary bankruptcies, even though it came way over time…I reckon more details will cone shortly and I hope the practical side of it will be discussed with local partners.”

The assistance, paired with announcement the past week the government will help fund six days of flight a week between the mainland and Svalbard at a time when Norwegian airlines are drastically slashing routes, is a crucial step as Longyearbyen enters the dark season, Stein-Ove Johannessen, manager of Svalbard Hotell, wrote in a Facebook post. But the specifics of the aid are equally crucial.
·
“I hope you don’t put the same limitations you have on the national packages with a turnover drop of at least 30 percent, as autumn and dark time are a period of low turnover,” he wrote. “There will also be a need for support for companies that don’t have such a dramatic decline in turnover these months, considering that they have had a much more powerful decline in the months before when they should have built up surplus to secure their yearly existence.”

Longyearbyen has suffered the worst economic impact of the pandemic of any municipality in Norway, largely due to extreme crackdown measures that also have kept Svalbard from being one of the few remaining areas with no diagnosed cases of the virus. Thos measures included a complete ban on visitors and exile of non-residents as one of the first restrictions, which above all hit the tourism industry. Officials estimated that during the peak spring season months up to 90 percent of employees were laid off and many businesses lost essentially or literally 100 percent of their income.

The setbacks continued during the summer as all large cruise ships cancelled their voyages. Expedition ships, operating under reduced capacity restrictions, saw their abbreviated season come to a quick halt within week when a COVID-19 outbreak aboard a Hurtigruten ship that led to scandalous accusations against the company for failing to properly implement safety measures and report people on board who tested positive.

With Svalbard now entering the dark season – typically a slow period from October through January, and more so this year with the cancellation of landmark events such as Dark Season Blues – the prospects of many tour operators already at their limits surviving until next spring without help was in peril.

“This could affect the tourism offerings, but also the settlement and stability in the local community,” the ministry stated in its release. “The purpose of the new subsidy scheme is to help develop tourism in the archipelago so that it supports the government’s Svalbard policy objectives.”

The funds were announced at the same time the ministry is proposing to allocate more than one billion kroner in assistance to tourism companies nationwide, plus 250 million for restructuring tourism and 200 million kroner in aid to municipalities that tourism companies are also eligible to apply for. But the Svalbard funds were singled out in a ministry announcement, which notes area businesses can also apply for nationwide funds. 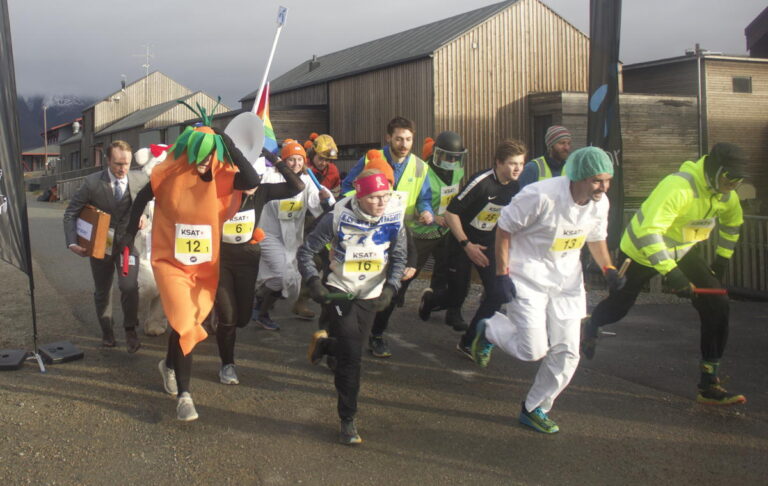 Previous post OFF TO A HEALTHY(?!) RUNNING START: Locals running crazily amok in the streets just a positive diagnosis the spirit of this year’s month of telethon fundraiser activities is starting strong 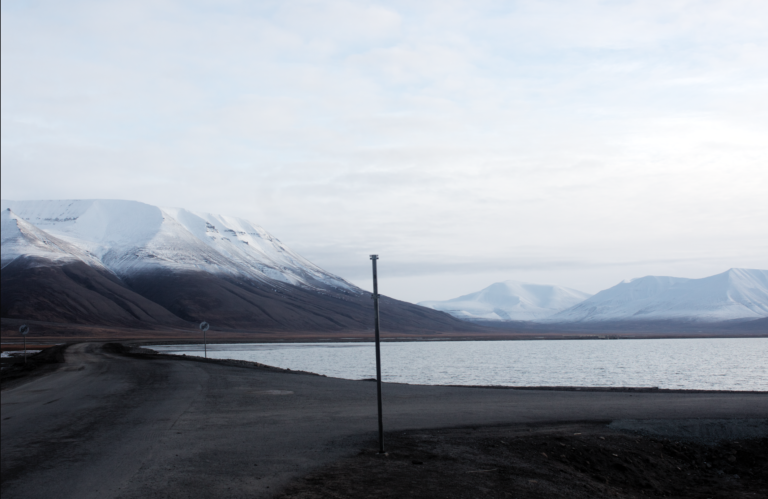 Next post TO THE VISITOR WHO TOOK OUR POLAR BEAR SIGN: Not to sacrifice journalistic impartiality or anything, but you suck