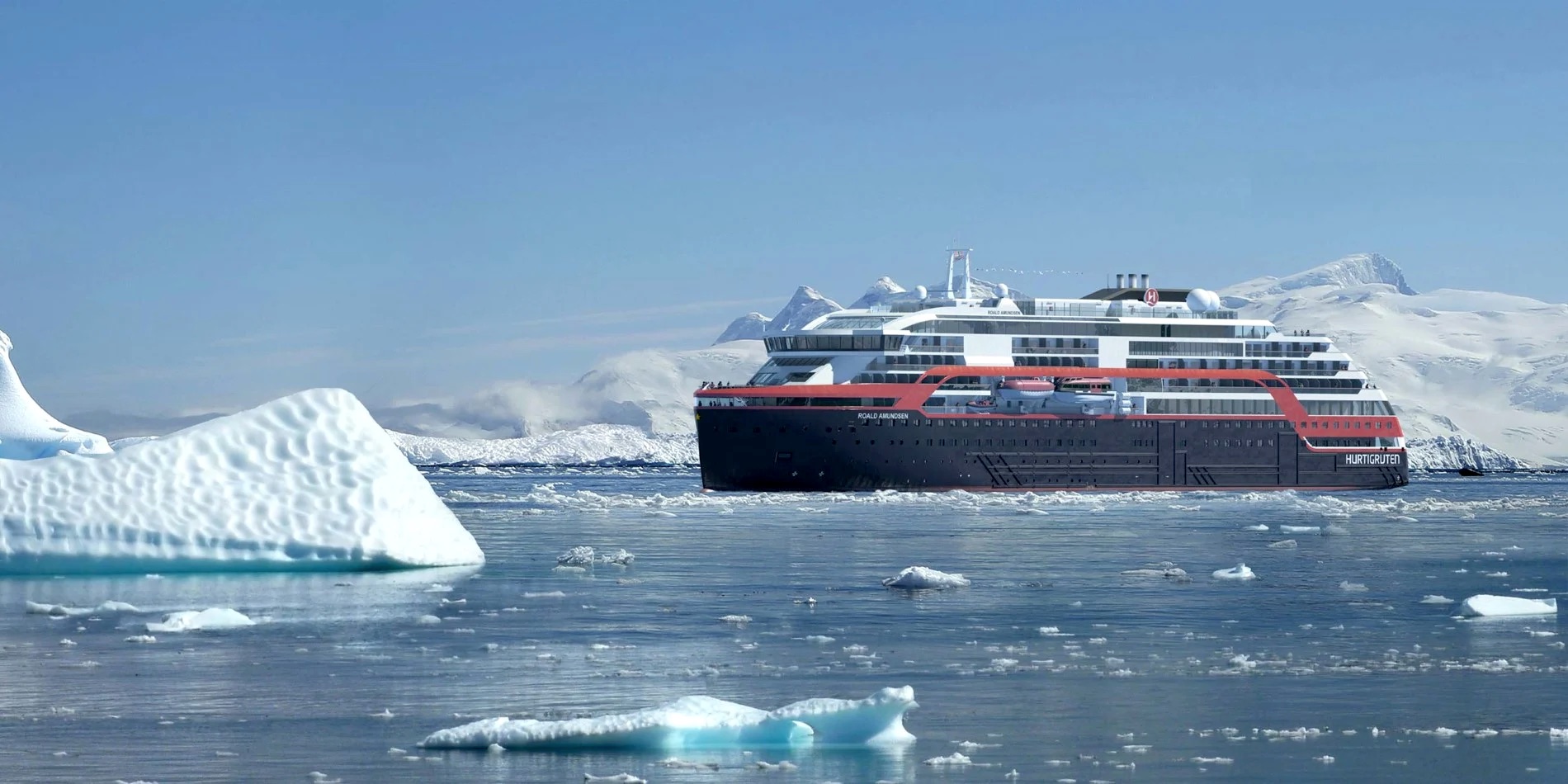 A ban on all cruises to Svalbard until at least Nov. 1 was announced Friday by Norway’s government in an attempt to prevent the COVID-19 virus from reaching one of the few places on Earth with no known cases. Cruises within the archipelago with 30 or fewer people if on-board accommodations are part of the voyage are allowed, as are day trips.

The new ban may not have a significant impact on Svalbard’s already devastated tourism economy, since the traditional cruise season is over and most companies have already cancelled subsequent voyages here. It also, for example, will not affect the Pyramiden Cinema Festival 2020 starting today and continuing through Sunday, since the dayboat trips there from Longyearbyen and back have a maximum capacity of 12 passengers, according to the festival’s organizers.

And while some newly-arrived tourists were nervous about how the ban might affect their planned 10-day photo cruise around Spitsbergen, they were able to board and depart shortly after 4 p.m. Thursday since the combined number of people on board was below the 30-person limit.

But with a widely publicized outbreak occurring on a Hurtigruten ship that visited here as well as an infection on a Norwegian Coast Guard ship picking up researchers at Bjørnøya in August the government is furthering its already growing list of revived virus containment measures.

“Infections on board a cruise ship requires large resources to limit the outbreak and entails a number of practical challenges,” Minister of Health and Care Services Bent Høie said in a prepared statement. “This is especially true in Svalbard, where cruise operations pose special challenges for both health and rescue preparedness. Therefore, it is necessary with a rule change that lowers the risk of a similar outbreak as on the Hurtigruten.”

The only multi-day cruise to or within Svalbard in the near future was a three-day voyage for local residents starting Friday on the French luxury cruise ship Le Boreal that’s been stuck here without passengers for weeks due to COVID-19 restrictions. But it was cancelled due to lack of interest and its organizer, Pole Position Logistics owner Lasse Stener Hanssen, said that while offering such trips a few times recently was for the sake of the crew and giving locals a one-time unique opportunity, the new cruise ban in general isn’t necessarily a bad thing economically speaking.

“I guess this is positive in a way, as not every ship that could be here for other reasons at least don’t take revenue or possible passengers from the smaller local businesses with day tours, etc.,” he stated in an online interview. “I do not want external companies just coming to Svalbard and take away revenue from the local businesses.”

Visit Svalbard Director Ronny Brunvoll stated “I reckon very little direct effects (from the ban) as the Le Boreal is also soon about to leave” for a two-month voyage east that will eventually reach Hawaii. The ship is, however, trying to hire 60 new crew before its scheduled departure Monday.

The ban does not affect the regular dayboat cruises offered to Barentsburg, Pyramiden and nearby glaciers offered by Henningsen Transport & Guiding AS, according to Hilde Henningsen, the company’s board chairperson.

“Our vessels only operate day cruises in Isfjorden and does not have overnight passengers,” she wrote in an e-mail.

The outbreak of COVID-19 on Hurtigruten’s Roald Amundsen during two one-week cruises in Svalbard in July has resulted in more than 70 infections of passengers and crew, plus a scandal that continues to expose new ways the company was reportedly negligent – many of them criminally – in its handling of that situation and others involving the virus since February.

Cruises to Svalbard were banned, along with all other visitor traffic, when COVID-19 was declared a global pandemic in March. The government allowed sailings to resume in June with numerous restrictions, but quickly halted most activity again after the Hurtigruten’s outbreak became public, limiting sailings to vessels with 100 or fewer people.

The new ban, in addition to other limits, states multi-day voyages within Svalbard cannot take on new passengers after the start of the cruise.

“Businesses that offer day trips by boat must still follow the requirements in the guide for tourism on Svalbard,” the government’s statement notes. “Companies that offer cruises that start and end on Svalbard with vessels that have up to 30 people (crew and passengers) on board and accommodation are included as part of the cruise must follow the requirements in the guide for coastal cruises on and around Svalbard, including the requirement that the boats must be able to return to the mainland if infection occurs on board.”

An assessment of the new ban is scheduled Nov. 1. 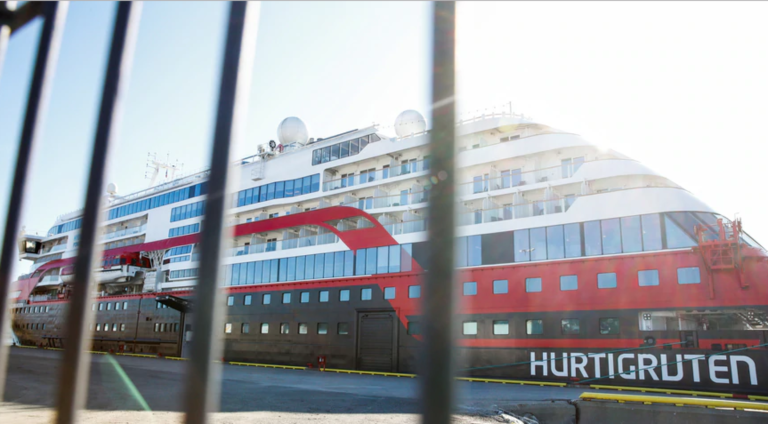 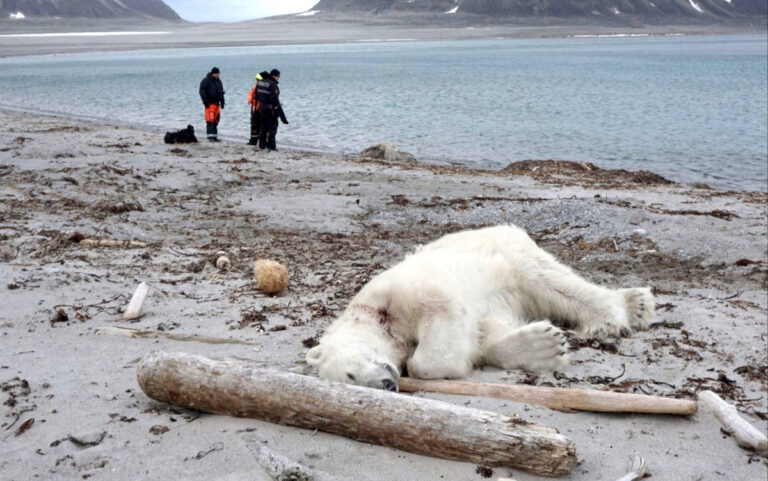 Next post SHOT IN SELF DEFENSE: No charges against cruise ship crew that killed polar bear during shore excursion that resulted in heated debate about remote Arctic tourism