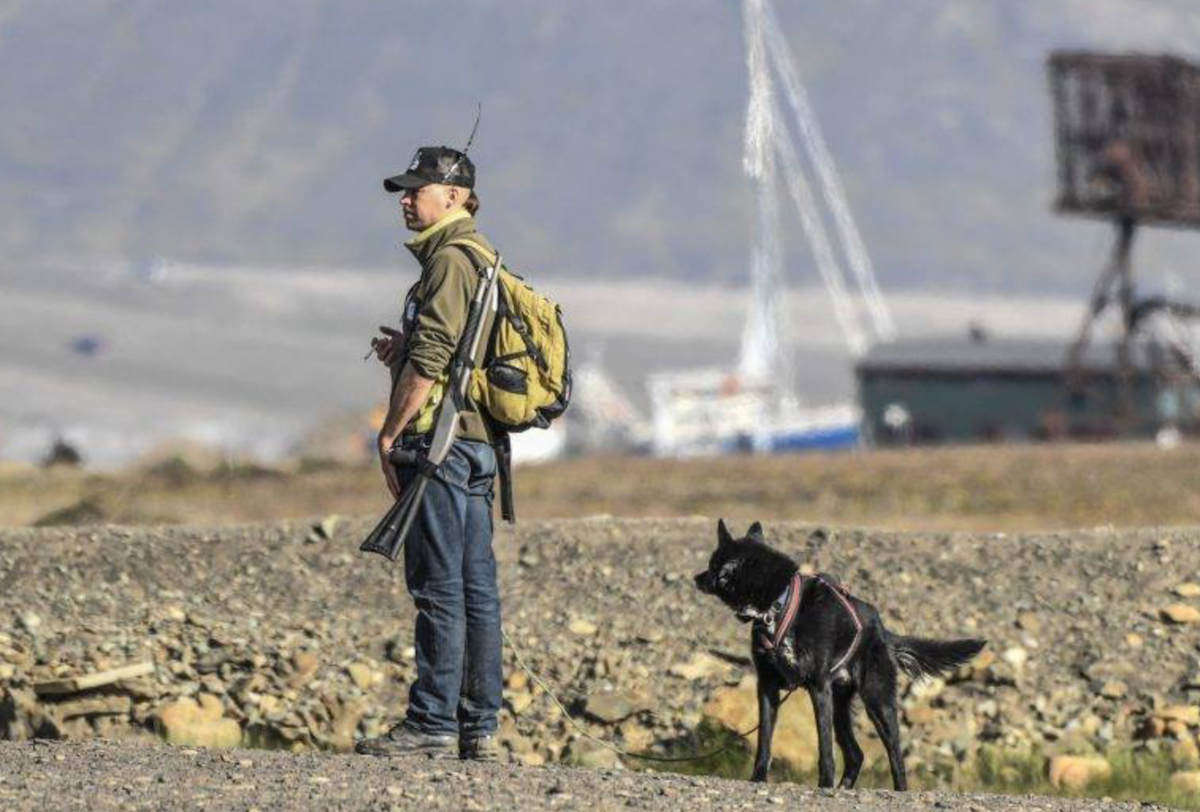 POLAR BEAR VICTIM IDENTIFIED: Johan (‘Job’) Jacobus Kootte, 38, of The Netherlands, was an employee at the campsite laying in his tent when the fatal attacked occurred

The man killed by a polar bear at Longyearbyen Camping just before 4 a.m. Friday has been identified as Johan (“Job”) Jacobus Kootte, 38, of The Netherlands, an employee at the campsite, officials announced Friday afternoon.

“He was lying in his tent when he was attacked by the bear,” a statement by The Governor of Svalbard notes. “Relatives have been notified.”

Michelle van Dijk, the campsite’s manager, confirmed Kootte was working as an employee there and had in 2018.

“Job was my friend. He was the sweetest kindest person you could ever meet,” wrote Stefan Leenaars, in a Reddit discussion about the attack. “He was looking for a job to sustain himself during Covid and returned to Svalbard (which he loved) to run the campsite and survive financially. He wasn’t doing anything that hasn’t been done safely there for 40 years. He just got really unlucky. He would probably be devastated to know the polar bear got shot and killed, because he was a conservationist. It is just one of those unfortunate things. He didn’t deserve to die this way, and neither did the bear. I will miss him, and his smile dreadfully.”

Gunnar Helås, a Bergen resident who was one of the first guests to arrive after the campsite opened in late July – well after the normal date due to travel restrictions imposed by the COVID-19 pandemic, wrote in a Facebook post featuring a video of Kootee as a guest gets ready for a polar swim there were only three people at the site including Kootte “and that’s why we got to know this absolutely amazing man.”

“He was one of these people sometimes encounters, which is completely impossible to dislike, and he did everything he could to make us the best possible. A true yes human being, simply.” Helås wrote. “It was completely impossible not to love him. He was the type of person who did everything he could to make those around him have a good time, and he had a warm and good personality.”

The attack is the first by a bear involving a fatality since 2011. The bear was shot by a person immediately after the attack and the bear was found dead nearby the parking lot of Svalbard Airport.

No other people were injured in the attack. However, six other people at the campsite – three Germans, a Norwegian, a Finn and an Italian – were taken to Longyearbyen Hospital for counseling and are being interviewed by officials as part of the investigation into the incident.

Kootte wrote about his experiences traveling to and in in Svalbard that summer for his blog, frequently in eclectic terms with plenty of personal reflections and musing about nightlife.

“When I was in Longyearbyen, I always thought I missed trees, sunsets, stuff like that. Never did I think that I would miss extreme weather,” he wrote in a post from Prague in September of that year following his time at the campsite.

“If you dismiss the very few days with strong wind, the weather is almost boring. When it rains it drizzles, sure, you’ll get wet, but it takes an hour or two. If it snows it’s a light cover, gone in an hour. And like I said, the wind can be strong, but rarely. There were two days, one in the very beginning of the season, and that caused a bit of nervous panic in me. The rental tents were only just set up, and in my mind I saw them flying out to sea. So at two in the morning I went out to reinforce the bases, in the hopes they would survive the night. Only one collapsed, so that was good.

The second time was better. At least, I found it hilarious. On my first day as an unemployed bum it was blowy in the morning, so I hung around, doing some chores and keeping a weary eye on the tents who were rocking away but standing firm. By afternoon the wind died down, so I tied the dog to me, and went for a walk. The walk took longer than normal because I had no job to return to. When I got back after four hours from a lovely walk, and a lovely beer, in rather lovely weather, nine tents had been blown over, with one actually landing out at sea. The wind, noticing my absent eye, had returned with a vengeance.

I was greeted back in the kitchen by a group of disheveled guides who looked at me as if I knew exactly what the weather was going to be like and bailed before it got bad. They took it in good spirits though. They kept the damage to a minimum, in what were reportedly awful conditions. The only tent that could not be rescued from total destruction was a tent belonging to three guys who chose to keep drinking beer by the heater while the rest of campsite was running around like mimes in the wind.”

An Icepeople article about Longyearbyen’s first-ever pride parade in 2018 notes that he made only the briefest of passing references to his sexuality, such as a lone blog post during his trip here noting “now I’m off to find a nice gay bar to have another beer and hopefully see a drag queen get in a fight with a drunken sailor. Flensburg is, after all, a town off sailors and brewers.”

Jan Jacops, a science journalist who met Kootte several times while staying at the campsite, wrote in an online interview “I know that he signed up last minute to run this year campsite because one of the two managers from last year couldn’t attend since he or she originated from a coronavirus red zone.”

“He didn’t talk that much,” Jacops wrote. “He always went into town every morning to get a few beers. Sitting on the outside terraces with his dog at the campsite he would say that he was going to ‘walk’ the dog.”

As a man reportedly of few words, the posts on Kootte’s Facebook page tended to be one-line quips (accompanied by an abundance of verbose photography). A sampling from his final summer here and the journey before:

• I had forgotten how cleaning a gun makes your hands feel very soft and lovely.

• I just miss the gingerbread voice of Attenborough…
• Haven’t worn a sweater all day, I’m completely out of my rhythm… No it’s not easy here
• Midnight isn’t what it used to be anymore
• About three or four times a week I get one of these at the bakery, and I’ve never managed to come back with the frosting intact. So it’s kinda tough, surviving at the North Pole…
• Apparently arctic foxes like welsh comedians…
• Happiness is a new record player with combined vinyl
• My new favorite quote: It’s true, believe me, if you don’t believe me.
• The only relevant thing on my resume is right now: reasonable experience working on antique cars (pre 1940)
Facebook
Twitter
Pinterest
LinkedIn