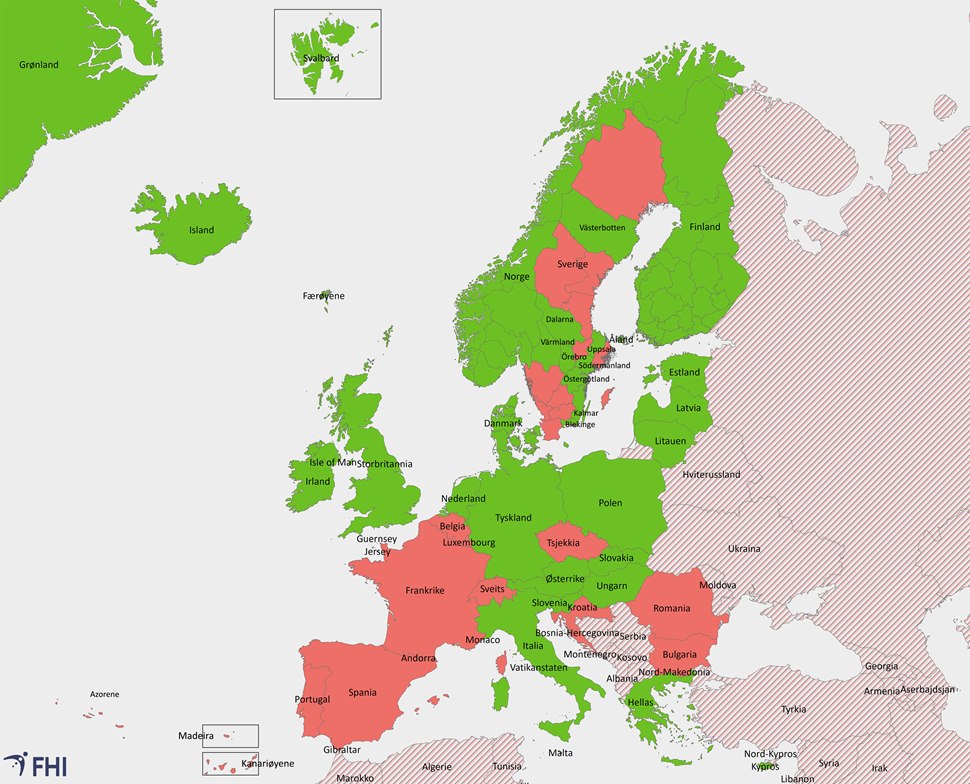 The map of “red list” Schengen area/EEA countries banned from sending travellers to Norway due to their COVID-19 situations will change on Saturday, with France and the Czech Republic joining others on the list, meaning a voyage by a French company that is the only one still operating expedition cruises in Svalbard may face serious difficulties with a trip scheduled later this month.

France, the Czech Republic, Monaco and Switzerland are new additions to the “red list” for all but “essential” travel, according to an announcement Thursday by Norway’s central government. Changes are also applicable for several regions in Sweden.

“Unfortunately, the current trend in a number of European countries is moving in the wrong direction,” Minister of Foreign Affairs Ine Eriksen Søreide said in a prepared statement. “This week, the Czech Republic, France, Monaco and Switzerland have all exceeded the threshold for level of infection, which has been set at 20 confirmed new COVID-19 cases per 100,000 inhabitants during the past two weeks”

“From Aug. 8, anyone arriving in Norway from these four countries will be required to go into quarantine for 10 days.”

Four new regions in Sweden are being excepted from list but the regions of Skåne and Kronoberg are being changed from “green” to “red.”

The most obvious immediate implication for Svalbard – which remains free of officially diagnosed COVID-19 cases, but is suffering the worst economic impact of any region in Norway due to more extreme travel restrictions – is how it will affect a cruise voyage on Compagnie du Ponant’s Le Boréal scheduled to depart for the archipelago Aug. 15. The ship, with capacity for 140 crew and 250 passengers, will dock in Saturday, and passengers allowed to disembark for tours and shopping before their plane ride home.

But while the company is still advertising berths on the subsequent “luxury” cruise – under a new restriction limiting ships to 100 people total – the French residents who make up a major portion of the company’s ridership will now be unable to participate in the voyage.

All other companies have halted expedition cruises, in large part because of the outbreak of COVID-19 aboard Hurtigruten’s Roald Amundsen that became public last Friday. It resulted in scathing responses from government agencies, tourism officials worldwide and many others, with a growing list of claims about improper and allegedly illegal actions by the company in handling the situation.

Hurtigruten has cancelled all cruise expeditions until further notice, although its regular service along Norway’s main coast is continuing.

The updated list will of course also impact all from those countries hoping to come here by air, which may well be a much bigger overall setback economically for Svalbard. 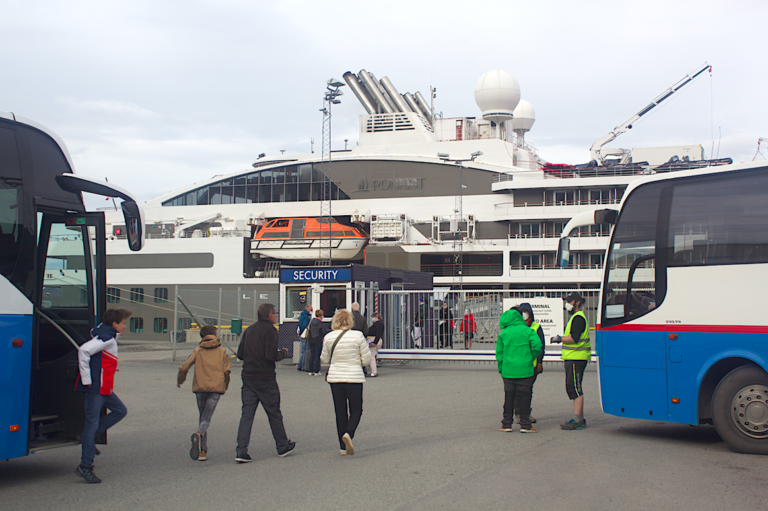 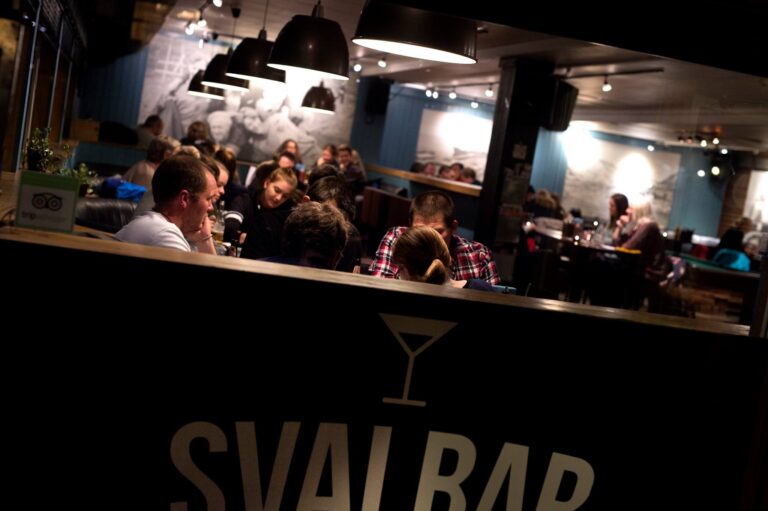 Next post NO ALCOHOL AFTER MIDNIGHT: Upward trend in national COVID-19 infections results in new restrictions including serving time limits in bars/restaurants