If you’re spending Longyearbyen’s hottest day ever (a Saturday, no less) inside reading academic papers by strangers for lack of better ideas, maybe it’s fitting to feel a bit more warm under the collar about a “discovery” a bit at odds with the incessantly repeated claims temperatures here are rapidly going to more extremes due to climate change.

Despite setting all kinds of high-temperature marks the past decade or so – including the famous 111-month streak of above-average temperatures that ended earlier this year – a new study claims temperatures at Svalbard Airport have actually gotten steadily more consistent between 1976 and 2019. And, yes, due to the same climate change others cite as why things are going to extremes.

“The variability in the temperature on Svalbard has been decreasing over the last four decades,” wrote University of Bergen researchers Sondre Hølleland and Hans Arnfinn in the study published Thursday in Journal of Climate. “This may be due to the reduction in sea ice, transitioning the regional climate to a more stable, coastal one. We quantify this transition in terms of decreasing volatility in a daily average temperature time series.”

The study was published two days before Longyearbyen set a new record-high temperature since measurements began of 22 degrees Celsius, topping the 21.3 degrees set in July of 1979. Of course, as climate scientists repeat endlessly, weather (as in today’s) and climate change (as in over a long period of time) are two totally different things.

Temperatures at the airport are increasing steadily due to sea ice decline, higher sea surface temperature and general background warming, the study’s authors note, concurring with other recent studies on the subject. Under “high emissions” scenarios, there is expected to be a 10-degree increase in mean temperature, 65 percent increase in annual precipitation and 20 percent increase in heavy rainfall by 2071-2100 compared to the period from 1971-2000.

“However, the authors (of the other study) do not present a trend for temperature volatility,” the new report states.

A widely-publisized study released last year states Longyearbyen now has two fewer months of winter weather compared to 50 years ago and may lose another two months 50 years from now. Those months are also primarily responsible for the increasing lack of overall variation in the new study.

“The summer temperatures on Svalbard are increasing without any significant change in variance,” the authors note. “For the rest of the year, they are both increasing and getting more stable in terms of a decreasing volatility.” 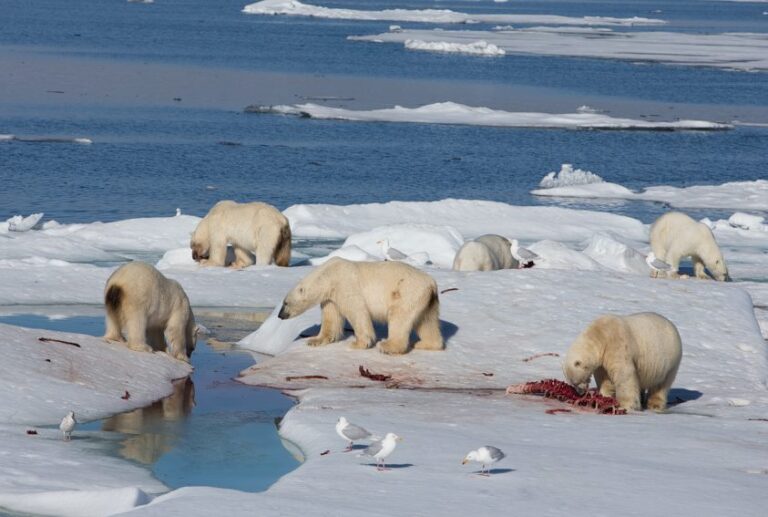 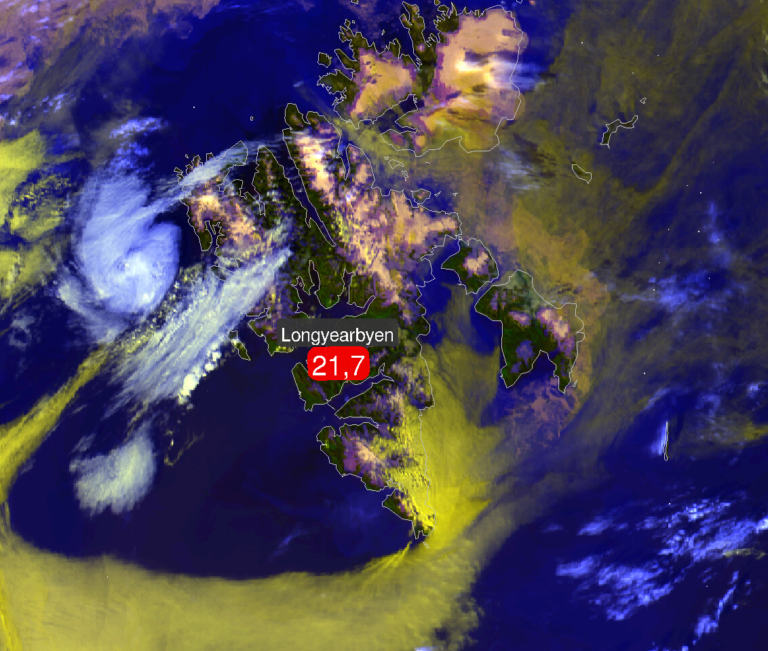 Next post A NEW RECORD HIGH – AND IT’S NOT OVER YET: Longyearbyen hits 21.7C Saturday evening, topping previous all-time temperature of 21.3C set in 1979; high of 22C forecast Monday