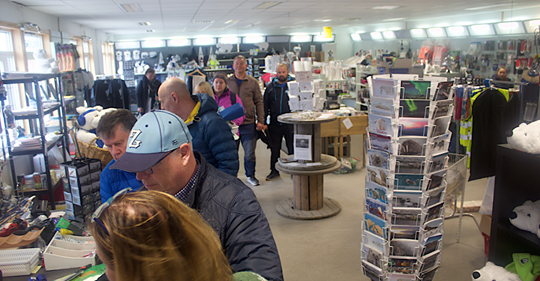 As Longyearbyen reopened for passenger ships and tourists from neighboring countries on Monday, Haakon Sandvik’s 78 Grader Taxfree variety store was packed with more customers than he’s seen in a long time. But it wasn’t a sign of renewed life – to the contrary, it marked the beginning of the end for the 18-year-old businesses which is declaring bankruptcy and shutting down in two weeks as the latest victim of the coronavirus pandemic.

Sandvik, 38, said closing the store ultimately wasn’t his decision, but rather the result of foreclosure as the massive loss of sales due to the pandemic and unlikeliness of any near-term rebound made its financial prospects untenable.

“There’s no money to get everything running and everything sorted out,” he said. The inevitability of closing sank in “realistically weeks ago, waiting and waiting to see if are actually going to change these cruise restrictions.”

The pandemic resulted in a nationwide quarantine and shutdown near the start of peak tourism season in early March, meaning Sandvik – as with many businesses depending heavily on visitors – had just endured a long relatively lean stretch after the end of last summer. By the time Norway’s government changed the passenger ship restrictions as of Monday – and then only a limited basis for ships with a maximum capacity of 500 passengers allowed to sail at half capacity, with only tourists from Norway, Denmark and Finland allowed to travel in the country – it was too late.

A steady crowd of almost entirely local customers visited the store Sandvik bought six years ago, after working two years for the previous owners before they moved to the mainland. The red-tagged items they purchased reflected store’s well-known mix of utilitarian, tourist and eclectic merchandise, including axes, posters, sleeping bags, kitchenware and desk accessories. Other early items in the clearance bin ranged from lederhosen to now-obsolete memory cards for Sony-only devices.

Sandvik, between ringing up discounted purchases by almost entirely local customers, said he wasn’t despondent about the situation facing him and his family.

“There are so many people who have it worse because of benefits and such,” he said.

Sandvik has long and prominent roots in Longyearbyen as a lifelong resident, beginning with his mother Anne Lise who according to some media is known as “Mother Svalbard” after nearly 50 years as a pioneering leader of community activities. But he has achieved considerably notoriety on his own, perhaps most visibly with his “Isbjörnar” cartoon character he created four years ago that is now featured in ways ranging from weekly newspaper cartoons and official government posters feature COVID-19 safety tips as well as his own merchandise.

Sandvik, who called the end of the store a beginning for something else, said he’s already applying for jobs and study programs in Longyearbyen and on the mainland, and plans to remain here at least for the rest of the summer.

As for his plans the day after his store closes for the final time?

“Climb up into the mountains and look for ships,” he said. 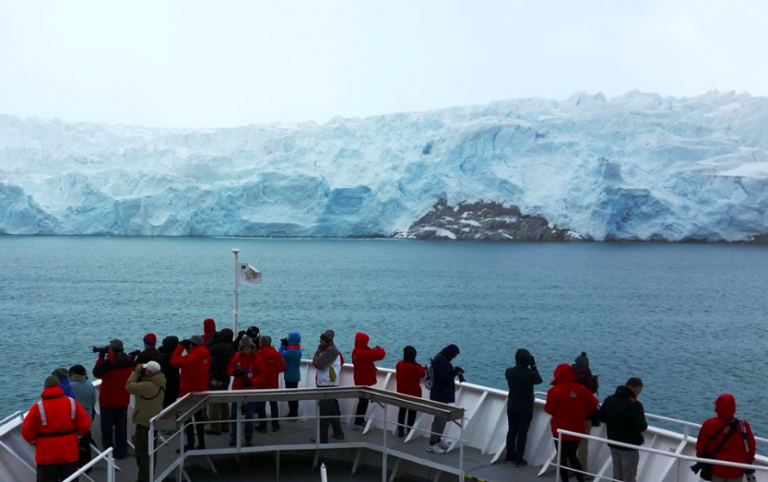 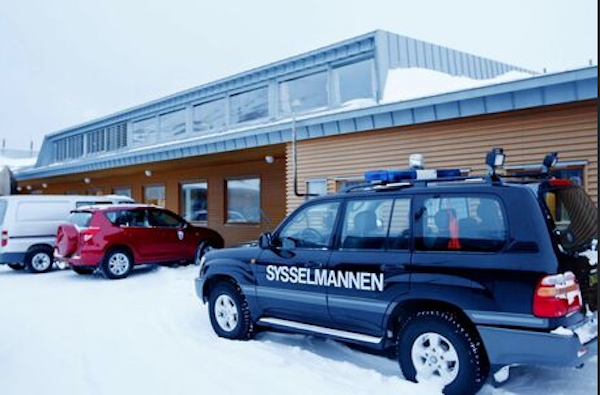