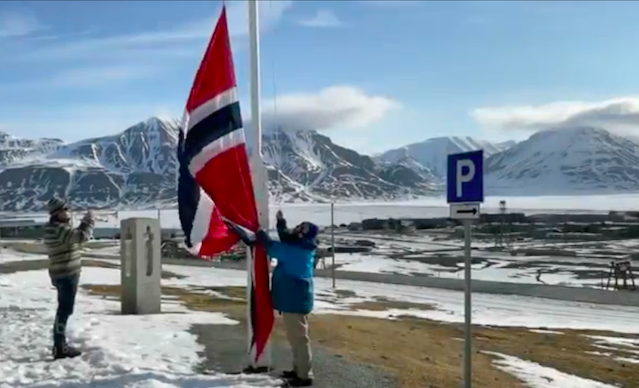 This story will be updated throughout the weekend (most recent: noon Saturday). Screenshot of Liberation Day tribute at Svalbard Church on Friday marking the 75-year anniversary of the end of World War II from video by Svalbard Church, which is hosting an outdoor Mass and indoor family social on Sunday.

If the words “Embrace solitude. Embrace contemplation” make you think “what a geek,” Maddie Smith’s totally on board with that.

The University of Washington researcher offered that as her “final words of advice for fellow geeks” while spending two weeks in quarantine in Germany before she joins the MOSAiC expedition in the waters and sea ice north of Svalbard, which is taking a break from its year-long research to get new supplies and staff that could not be transported north due to the coronavirus pandemic. She will join a team of researchers focusing on various aspects of Arctic climate change, with her focus on the rapid changes occurring in the vanishing sea ice.

“I’ve been really enjoying the awesome view of the canal to watch vessels coming in and out,” she told Geek Wire in a “Geek of the Week” feature, describing her experience confined in an urban hotel room rather than aboard the German Polarstern research ship in the remote Arctic. “I’ve learned that all I really need for a good productive workspace is my laptop, headphones, and coffee. I’m looking forward to being on the drifting research station in a few weeks, when my everyday workspace will be out on the sea ice.”

In other coronavirus-related news/announcements this weekend, including special events leading up to and during the May 17 holiday weekend:

• Bruktikken will be open from noon-2 p.m. Saturday.

• An outdoor Mass at Taubanebukken behind Svalbard Church s scheduled at noon Sunday. The church will be open for a family-oriented social gathering from 1-3 p.m., although a maximum of 20 people at a time will be allowed.

• Svalbard Catering is offering takeaway “tapas” May 17 packages. Orders must be placed by May 13.

• An outdoor Mass at Taubanebukken behind Svalbard Church s scheduled at noon Sunday. The church will be open for a family-oriented social gathering from 1-3 p.m., although a maximum of 20 people at a time will be allowed.

• Two day-long cruises with Norwegian Constitution Day outfits and themes are being offered the weekend of May 17 are being offered. A “glacier and safari” cruise on Saturday will sail along the north side of Isfjorden, while a Sunday cruise will explore Billefjorden. Reserve in advance via Facebook PM, or walk-ons will be allowed on a space-available basis.

• A survey conducted for ABC Nyheter shows three out of four Norwegians plan to take a summer holiday and nearly all of them (73 percent) are planning for a trip within the country, in keeping both with official/industry promotional efforts, and the likelihood strict bans and/or restrictions on international travel will still be in effect. Svalbard is the third most-desired location, behind Lofoten and the northern mainland. 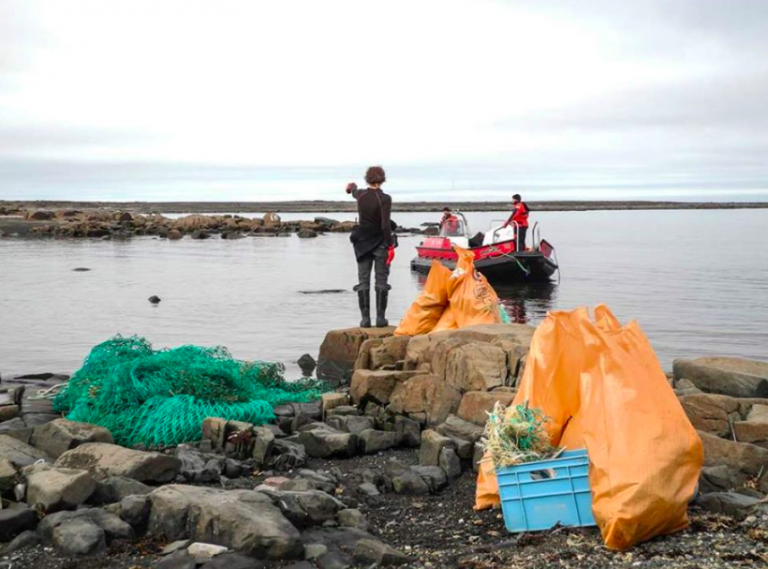 Previous post CORONAVIRUS UPDATES FOR SVALBARD FOR FRIDAY: Musings about ‘an Arctic prison,’ another round of reopenings and May 17 plans begin – but governor’s ‘trash cruise’ is cancelled 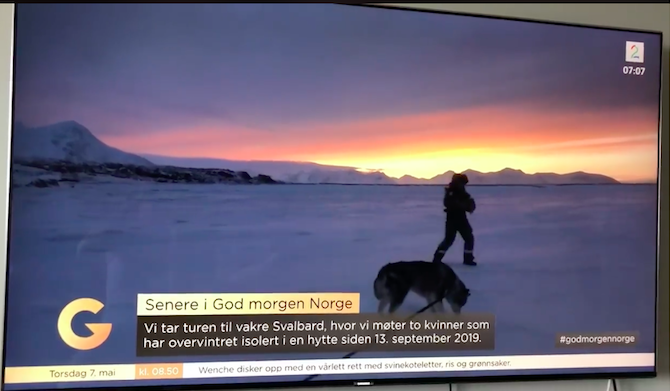 Next post CORONAVIRUS UPDATES FOR SVALBARD FOR MONDAY: ‘Hearts In The Ice’ take on the big city and summer, Svalbard Vet again offers 24/7 emergency help, Trollsteinen ski trip for youths