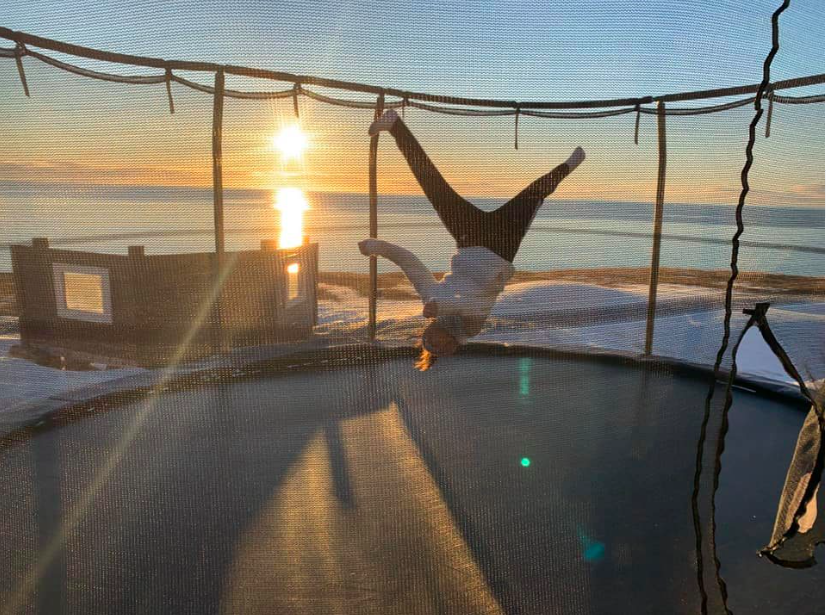 This story will be updated throughout the day (most recent: 4 p.m.). Photo of Madelin Stiberg’s upside-down lifestyle under the first midnight sun of the year by Audun Domaas Pedersen.

Some of Longyearbyen’s smallest residents were the focus of the first small step in reopening public facilities after five week of shutdowns due to the coronavirus pandemic, as locals kindergartens and those nationwide were allowed to reopen Monday under tight safety guidelines.

But that glimmer of normalcy continues to be outnumbered by a range of other immediate and longer-term adverse impacts, including a reduction in the already low level of local coal mining, the bankruptcy of a SvalSat customer that was supposed to provide internet coverage across the entire Arctic via satellite, and Norwegian Air announcing more mass layoffs and the bankruptcy of four subsidiaries (although for now its reduced operations in Norway are not further affected).

Kindergarten started a bit late (8 a.m. instead of 7:30 a.m.) and parents had to wait outside since only two at a time were allowed in the boot room with their kids, said Anna Haug Flyen, who dropped her son, Odin Flyen Ofstad, 4, off Monday morning. Kids spent the day in separate groups of five, but otherwise Flyen said the first day back didn’t feel that unusual to her or her son after she picked him up mid-afternoon (again, a bit sooner than the normal time).

“It was wonderful” she said about the kindergarten reopening. During the past five weeks “I’d say it’s been challenging because he’s very active.”

Flyen and her husband are both teachers so, unlike many in Longyearbyen who’ve been laid off, they’ll be able to return to work if Longyearbyen School opens next Monday as scheduled. They also have an eight-year-old son, so Flyen said the key to getting through the shutdown period has been establishing routines and, once the spring thaw set in and getting outside was easier, “that really helped.”

Other news/events today include:

• Store Norske is reducing its coal mining operations at Mine 7 due to a lack of industrial demand and temporarily transferring eight employees there to help with dismantling operations at Svea, Svalbardposten reported.

• Nearly-bankrupt Norwegian Air, now providing daily flights between Svalbard and mainland Norway on an alternating-days basis with Scandinavian Airlines with support from the Norwegian government, is suffering yet more major setbacks. Four Swedish and Danish subsidiaries have filed for bankruptcy, and the airline is ending staffing contracts in Europe and the United States, putting some 4,700 jobs at risk. The airline has previously eliminated 85 percent of its routes and staff, and is trying frantically to get government approval for a reorganization plan that in part relies on a heavy sale of its assets, but so far is only eligible for 10 percent of the help being sought.

• Plans to bring high-speed broadband connectivity to the entire Arctic are in limbo as the company OneWeb has filed for bankruptcy due to coronavirus-related issues, High North News reported. The company, expected to be a major customer for services provided by the Svalbard Satellite Stations, launched only 74 of a planned 648 satellites before filing for bankruptcy. OneWeb is now attempting to sell the company.

• Daily outdoor physical training sessions are now underway. Monday’s is full, but sign-ups for other limited spaces are possible at the link provided.

• An all-ages hike looping around the outskirts of the main part of Longyearbyen is scheduled to begin at Lompensenteret at 7 p.m.

• Finally, a sobering reminder about the inadvisability of flaunting quarantine restrictions as a man wandering about too intoxicated to care for himself was spotted by police during a routine patrol Sunday night got a “strong admonition” after it was discovered he was supposed to be home quarantine, Svalbardposten reported. It was a “first and only warning” since such violators are subject to, among other things, stiff fines for violating quarantine orders. 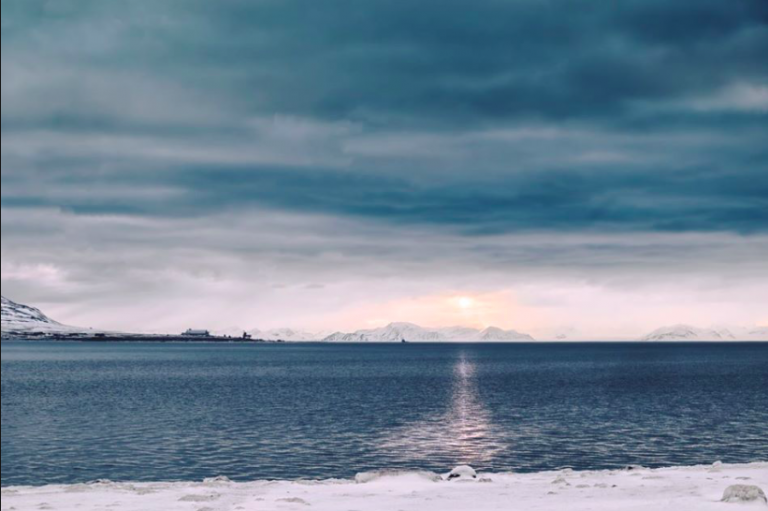 Previous post WE’RE OUT OF THE DARK TIMES: Well, not <i>‘those’</i> dark times, but Longyearbyen begins nearly four months of midnight sun after a day with an early sunset and subsequent sunrise 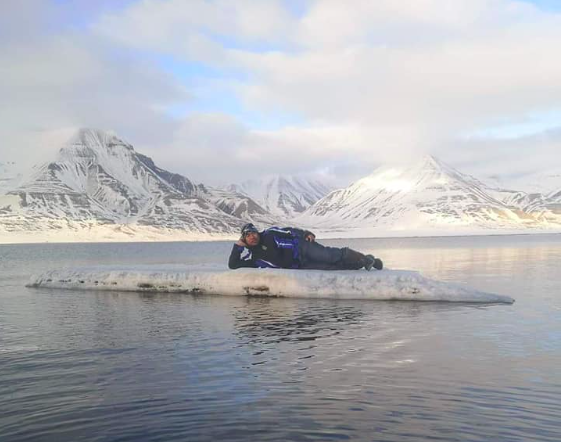