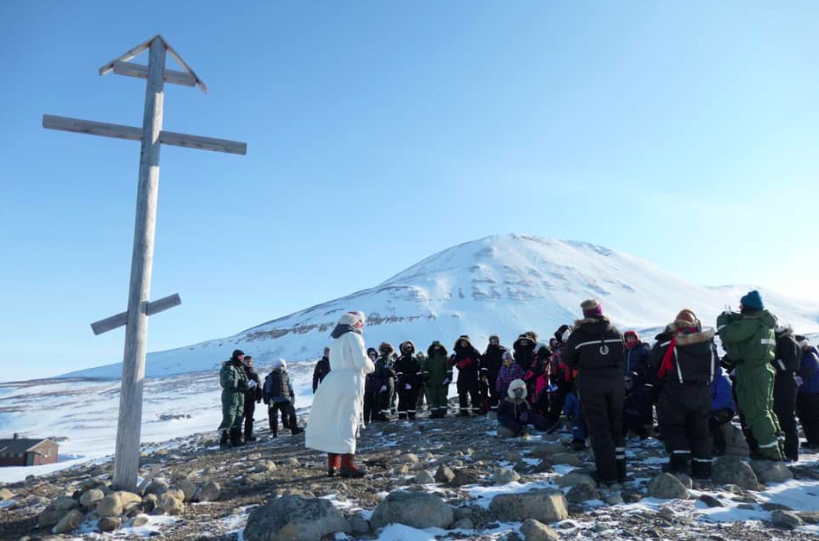 This story will be updated throughout the day. Photo of Good Friday Mass at Vindodden by Are Nundal / Svalbard Church.

While local and national government officials have discussed and announced a wide range of coronavirus-related assistance measures for Longyearbyen, the actual details and enactment of many is expected to be considered by the Longyearbyen Community Council during its meeting at 7 p.m. Tuesday (PDF of agenda in English via Google Translate). It will be a “virtual” meeting the public can watch on the city’s web TV page.

Agenda items include school closures that can begin to be lifted next week, easing certain regulations such as those for taxi drivers and procurement for city-funded projects, regulations for fixed-term income of residents “exempt” from normal unemployment/social benefits, and formally approving projects/process for short- and medium-range work projects that can be contracted out to local residents/companies.

The city also announced residents receiving invoices billed after March 13 can apply for payment extensions if they have been laid off and have no benefits or outside income.

In addition to the short-term actions at the local level, a change at the national level so Svalbard’s benefits system is more in line with the mainlands will be evaluated by the Ministry of Justice and Public Security, once the “acute” phase of the coronavirus crisis passes, Svalbardposten reported. Lars Jacob Hiim, an undersecretary for the ministry, made the declaration in a letter to Longyearbyen Mayor Arild Olsen.

• A health care worker in the intensive care unit at the University Hospital in Northern Norway in Tromsø tested positive Monday for coronavirus after being among those using about 800 masks donated by Store Norske that turned out to be inferior pirated copies, Aftenposten reported. The hospital is testing a total of 121 employees during a period that will last 14 days.

• The Spitsbergen Marathon that normally takes place each June has been officially cancelled.

• Svalbard Delivery Service will be available from 4 p.m.-midnight.

• Researchers at The University Centre in Svalbard and elsewhere in the Arctic talk about the data gaps and other problems occurring now and likely in the future due to interruptions caused by the crisis.

• At the same time, there is speculation about how the crisis may be affecting the environment in Svalbard and elsewhere. While hard findings are scant, experts seem to agree there may be short-term benefits, but not many long-term.

• One adverse environmental impact is plastic and other rubbish is accumulating on shores at a greater rate because nearly all cleanup efforts are being cancelled, NRK reported. While few such cleanups occur in Svalbard until late spring and summer (although a range of excursion activities in May and June are already seeing cancelations) so far only 40 people out of 3,000 signed up as volunteers on the mainland have been able to participate in organized projects.

• And, to end on a totally anecdotal note, mainland media reports say 90 percent of residents on the mainland stayed home during the Easter holiday week. Scores of social media posts from residents at cabins and/or outings well away from town, and walking around the largely empty streets of Longyearbyen, suggest the percentage was considerably lower here (made possible by the fact all of Svalbard was considered a single “zone” for quarantine purposes). 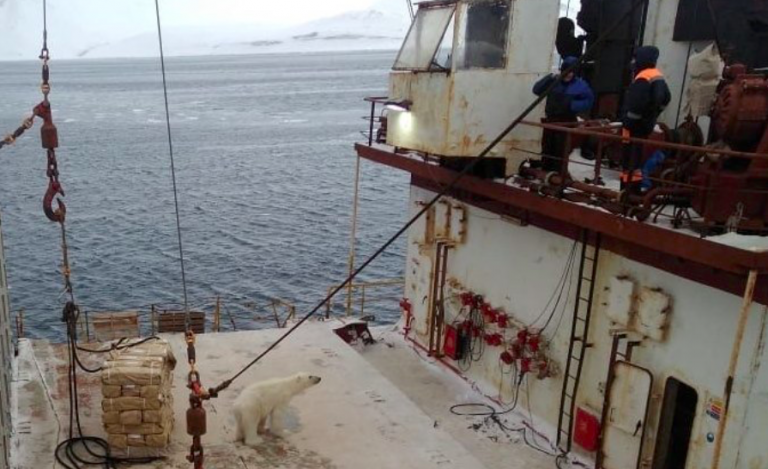 Previous post BEAR ON BOARD: Crew of Russian cargo ship forced to take refuge on roof as polar bear climbs on deck in search of food 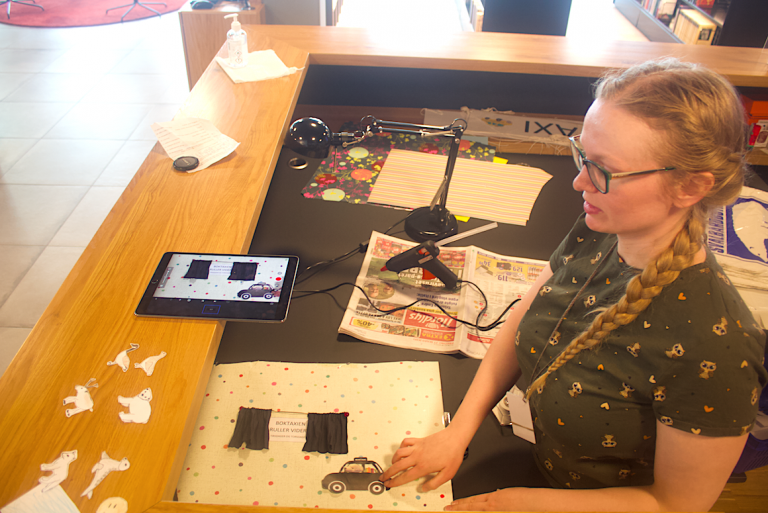