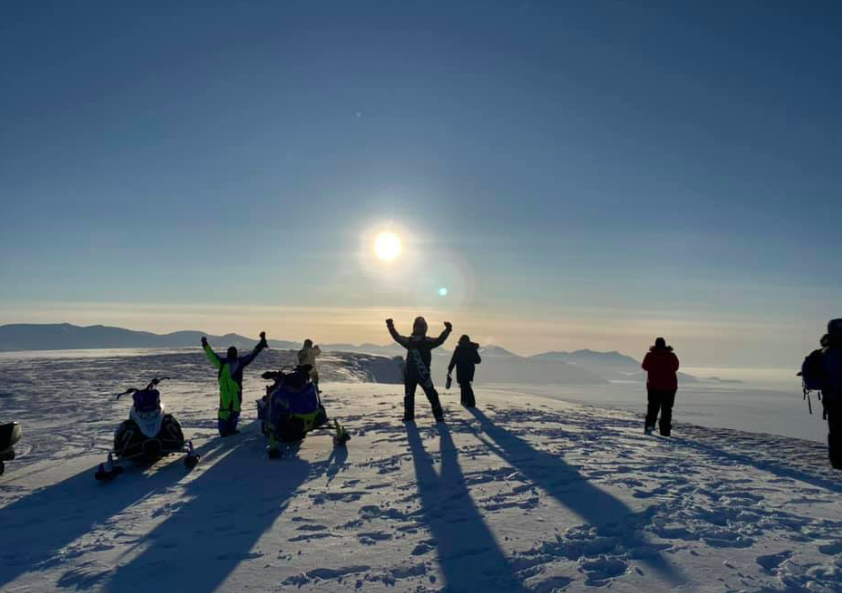 This story will be updated throughout the day. Photo of social-distancing sun-worshiping snowmobilers by Ann Khanittha Chuphu.

A 14-day quarantine for Longyearbyen residents arriving from the mainland, even if they were in quarantine there, will be extended until at least April 10, Svalbard Gov. Kjerstin Askholt announced Thursday.

“The decision is, as before, based on assessments from, among others, the infection control doctor at Longyearbyen Hospital and the emergency response council for Svalbard,” she said in a prepared statement.

While Svalbard remains the only region in the High North free of officially diagnosed cases of COVID-19 as of midday Thursday, the quarantine of residents and a complete ban on visitors are among measures exceeding those on the mainland due to concerns about the archipelago’s isolation and lack of adequate facilities to treat patients.

As with the original quarantine order on March 20 that has already been extended once on March 25 until this week, exemptions are allowed for employees in essential occupations or other qualifying circumstances. The decision will be up to the management of companies, who should use it only when “strictly necessary,” and special safety precautions must be taken, according to the governor’s statement. Other exemptions may be granted by the governor for situation such as a serious illness in the family.

A public “digital meeting” to discuss the quarantine and other local matters related to the coronavirus crisis by the governor, city leaders and medical staff at Longyearbyen Hospital is scheduled at 6 p.m. Thursday. People can observe the Kuturhuset meeting via Facebook on computer and mobile devices, and ask questions in Norwegian and English in the comments box during the live stream. While the meeting will be in Norwegian, questions and answers from the meeting will be posted online at the city’s and governor’s websites.

• All people wanting to travel to Ny-Ålesund for the Easter holiday period (April 6-14) must contact Kings Bay AS, which manages the research settlement, in advance. There is limited overnight accommodation and all booking requests must be submitted by 4 p.m. April 6. Facilities will be open limited hours and officials urge inexperienced snowmobilers avoid the trip in keeping with the government’s mandate all travel posing more than a theoretical chance of injury or rescue be avoided.

• For those unable to book a cabin for the Easter holidays, a “great cave according to all the rules of art” has been dug out at the end of Vei 232 near address No. 49 that is open to the public.

• Volunteers are being sought to operate the lift at the children’s ski hill.

• Personalized Isbjörnar cartoons are being offered from 10 a.m.-6 p.m. Thursday by Haakon Sandvik at 78 Grader Tax-Free at prices starting at about 200 kr. that include a matte frame from the adjacent Barbara Foto og Ramme.

• Svalbard Delivery Service is offering service from eateries from 4 p.m.-midnight.

• The University Centre in Svalbard has released a “How to live a corona-adapted student life” list of tips and local resources.

• An overnight Saturday-Sunday weekend snowmobile trip to Pyramiden is being offered by Arctic Travel Company “Grumant.” Price is 2,200 kroner for double-accommodation (800 kroner single supplement) for people with their own snowmobiles, or 6,490 kroner including a snowmobile rental and 2,800 kroner for a passenger. Minimum of four and maximum of 14 people, Contact 9413 0128 or 9415 4156 for inquiries.

• Stationen is offering pre-cooked and pre-packaged meals for those going on cabin trips. Orders must be placed one day in advance.

• Arnt Vegar Jensen, a member of the local council, is raising money on behalf of two families that arrived in Svalbard less than six months ago who are “exempt” from crisis aid beyond the 20 days of unemployment assistance recently approved by Norway’s government, and unlike some such residents have no other means of support, according to Svalbardposten. As of Tuesday, two days after the effort started, about 8,000 kroner had been raised – far below merely the typical rent for a family residence.

• The “unique luxury expedition ship” National Geographic Endurance was scheduled to depart for Longyearbyen on her maiden voyage Friday, but obviously that group of up to 126 isn’t arriving for the one-week voyage around the archipelago, according to The Independent Barents Observer. This news site reports this was supposed to be the year “when many new-built luxury polar classed cruise ships were supposed to bring wealthy tourists to the Arctic. (But) the start of the season couldn’t be worse.”

• And lest people feel they’re being unfairly quarantined in or simply denied entry to Svalbard, Svalbardposten reports two cats brought to Barentsburg recently were forced to return to Moscow by the Norwegian Food Safety Authority since felines and nearly all other “pets” are not allowed in the archipelago. 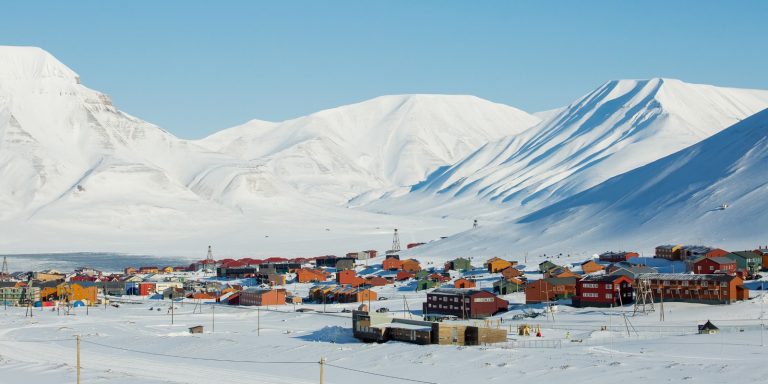 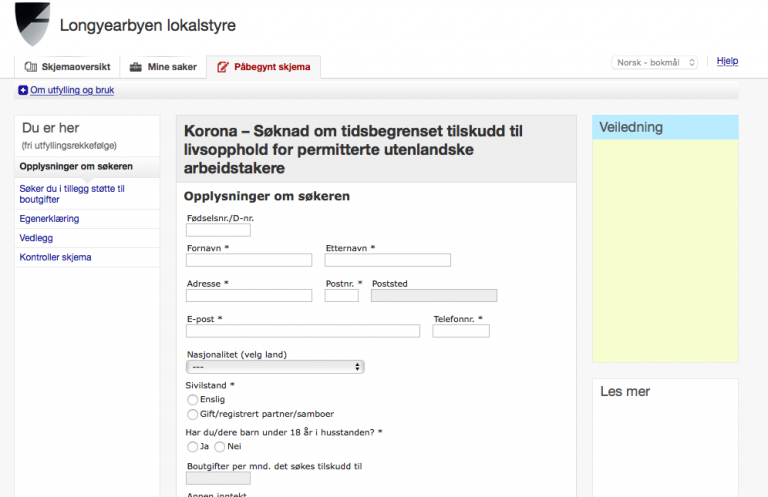 Next post CITY ACTIVATES EMERGENCY AID APPLICATIONS FOR ‘EXEMPT’ RESIDENTS: Laid-off – but not self-employed or freelance – workers can now seek up to 20 days’ compensation