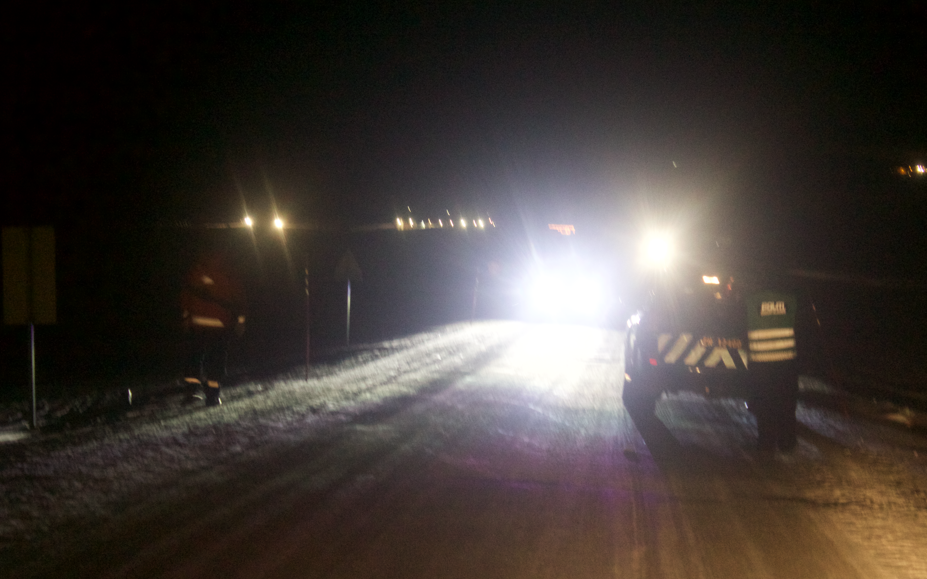 A polar bear seen about 500 meters from Svalbard Snøscooterutleie just after midnight is being sought out by officials at the entrance to Adventdalen and across the channel from Longyearbyen. The road into Adventdalen was briefly closed, but officials said it was last seen moving away from the edge of town.

The Governor of Svalbard received a report about the bear at 12:02 a.m. Wednesday from a person who saw the animal, according to police at the scene. It is not known if it is the same bear that has wandered into town twice and lingered in the cabin area near the airport since Thursday.

“A polar bear and polar bear tracks have been observed in the Hiorthhamn – Isdammen area,” a statement issued by the governor at about 12:45 a.m. noted. “The governor is out with all available crew and helicopter. The governor asks people not to visit the area and be very careful when traveling outside.”

The governor is hoping to chase the bear northwest past the cabin area Hiorthhamn, where numerous people are now, toward Revneset,

This story will be updated with details as they are available. 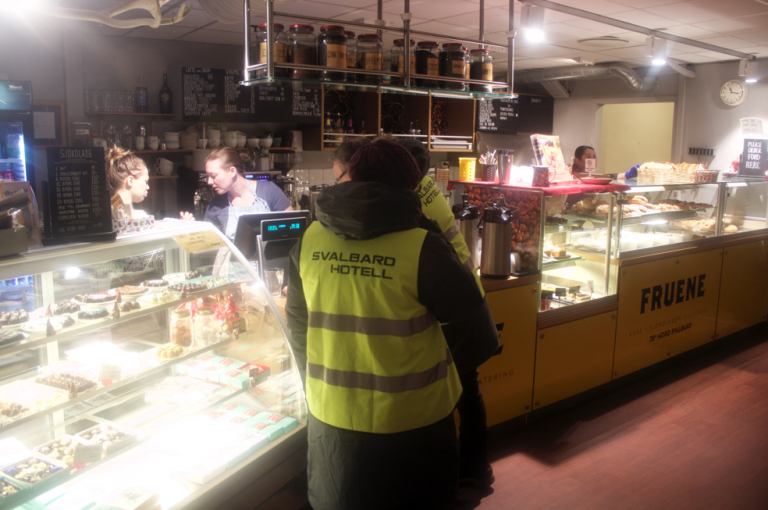 Previous post FAREWELL TO FRUENE AS WE KNOW IT: New Year’s Eve is the final day for the familiar cafe before it undergoes a complete month-long upgrade 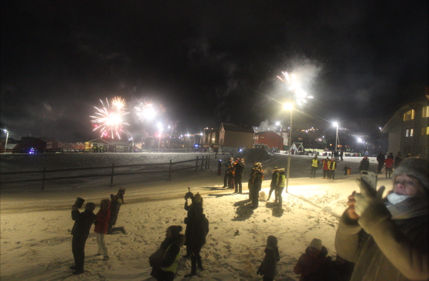 Next post WELCOME TO THE AUROARING 20S FROM LONGYEARBYEN! Fireworks, Northern Lights and a polar bear – oh my!