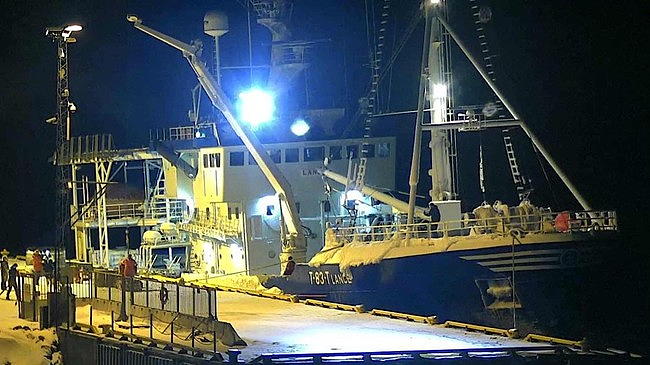 They were extremely eager to reach Longyearbyen after weeks of delays that saw them nearly run out of food on the ice sea and then aboard the ship sent to retrieve them, but polar explorers Børge Ousland and Mike Horn didn’t linger long when they arrived Saturday morning, with the Lance departing for Tromsø less than an hour after docking.

“It was completely unreal to see lights and buildings,” Ousland told NRK soon after the ship docked at Longyearbyen Harbor at about 9 a.m. “We have been at sea for many months. But what I long for most is to see the sun, or at least the light of it. But then we have to go further south, so now we are sailing towards Tromsø.”

Longyearbyen is in the midst of the polar night that will last until Feb. 16. and won’t see any notable twilight until the very end of January. Tromsø’s first sunrise after the polar night isn’t until Jan. 15, but there are currently about five hours a day of “civil twilight.”

Several of the 19 people aboard the Lance, a former research vessel chartered for the pickup, remained in Longyearbyen, while others departed after indulging on a quick trip on land and checking a backlog of e-mail, messages and other content while they were in phone/internet range, according to Verdens Gang, which has been documenting the lengthy adventure in real time.

Ousland, 57, and Horn, 53, departed Alaska via ship on Aug. 25, reaching the sea ice edge on Sept. 12 and planning to ski over the North Pole toward Svalbard by mid-November.  The plan was to meet the same sailboat that dropped them off, but that was abandoned when the explorers suffered delays resulting in frostbite and a critical shortage of food, plus sea ice that prevented the sailboat from reaching the ice edge.

The explorers opted to charter the Lance instead of being picked up by a rescue helicopter, but the pickup suffered several days of delays due to the sea ice. Ousland and Horn were finally brought aboard Dec. 8 after two explorers from the ship were sent to meet them carrying food and equipment so the final distance could be covered.

But the Lance got stuck in the ice shortly after trying to return to Longyearbyen and, with conditions worsening, those aboard started facing the reality they might spend Christmas on the ice. Three people, including one suffering from a heart condition, were evacuated from the ship using a helicopter that also brought 50 kilograms of Christmas food and some equipment intended to help free the ship from the ice.

“Those who are there will miss a Christmas at home, but will they have a wonderful experience,” Lars Ebbesen, the expedition leader, told TV2 the day the helicopter pickup was made. “It is probably the Christmas they will remember best in their life.”

Captain Stig Roaldsand told Verdens Gang he wasn’t concerned they might be trapped in the ice all winter.

“Sooner or later the ice had to let go of the boat,” he said. “It is a strong and good boat that has been on the ice for many years, so it has proven what it can do. What I was more concerned about was that Christmas and New Year were approaching, and there was a volunteer group on board and everyone wanted to go home.”

Crews finally freed the ship just after midnight on Friday, at which point officials were considering alternative plans to bring those aboard back to civilization because the ship was running low on food.

The Lance is expected to reach Tromsø on Monday. 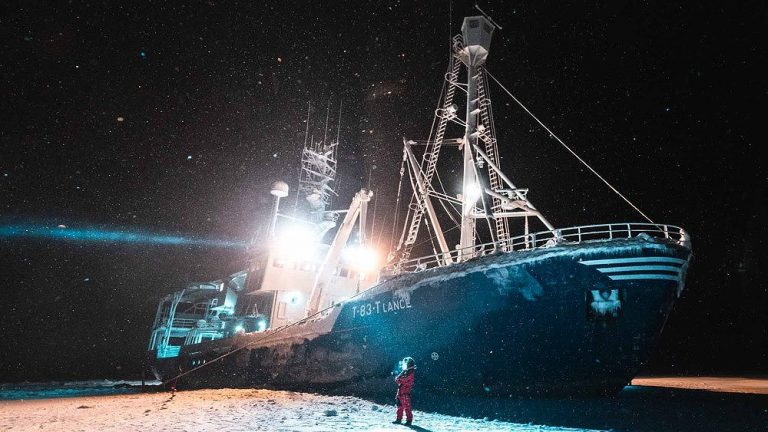 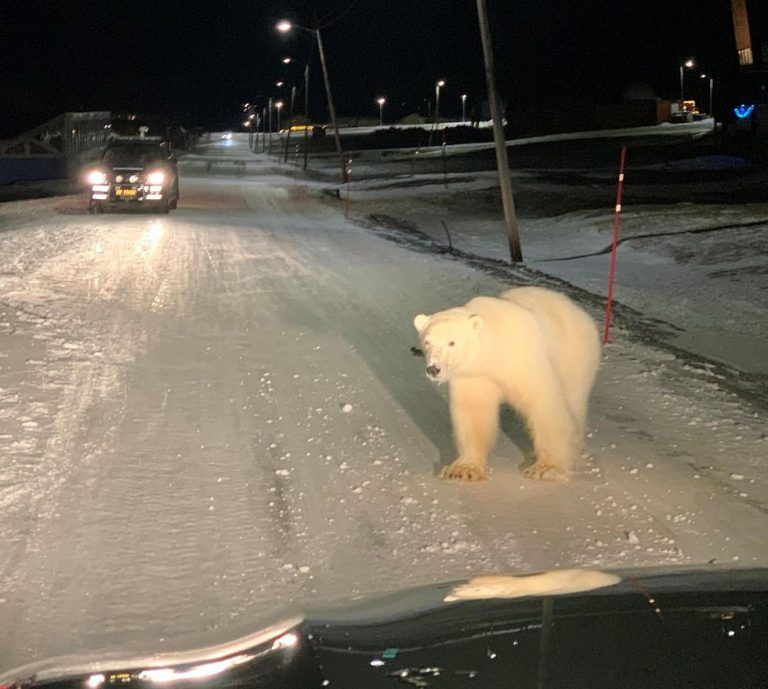 Next post BEAR COMES BACK: Polar bear ventures near kindergarten, school on Saturday morning before governor uses helicopter to chase it away again