It’s not unusual for kids to get cold feet before big stage performance, but what students at the world’s northernmost school went through before a gala 25th anniversary celebration of its culture program gave a whole new meaning to “Black Friday.”

Clustering outside Longyearbyen School in the 24-hour dark of polar night with winds blustering around them, it’s safe to say the thoughts of plenty weren’t their artistic talents being observed by parents packing into a venue sold out well in advance.

“Ninety-eight Arctic children were sent by bus to Kulturhuset this morning,” noted Liv Mari Schei, head of the program known in English as Longyearbyen Culture School. “Minus 38 (Celsius) with the wind chill that felt like minus 100, according to the students.”

But things were a lot warmer during the two-hour “Magic in Dark Times” performance that followed early that evening featured music, dancing, aerobatics and plenty more showcasing the broad range of activities and eras the thousands of youths participating in the program over the years have absorbed.

They got support from adults who’ve enticed a generation into the arts, including original cultural school teachers Svein Larsen from Tromsø and local resident Gudmund Vangberg.

“They started a music project in Longyearbyen in the early ’90s with the goal of becoming a permanent program,” Longyearbyen Mayor Arild Olsen declared. “We can safely say that they succeeded, and today Longyearbyen cultural school is more than a music. It is a great learning and mastering arena in a variety of art expressions. Something we got to see to its fullest today.”

Olsen also presented Schei with a surprise check for 10,000 kroner for the school to purchase new equipment.

Merethe Stiberg, a manager of local sports recreation activities and self-described “tone-deaf” mother, was among the countless parents posting photos and videos of their youths (and others) on social media after the show, along with messages of thanks.

“I am so impressed with the bouquet of different talents that you get with the culture school,” she wrote. “It is so wonderful to see so many proud children in action and get an experience of mastery. Being able to handle an instrument means so much to the many who may not be particularly distinguished in other areas such as in sports.”

More photos from the performance (all by Mark Sabbatini / Icepeople 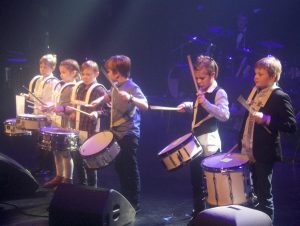 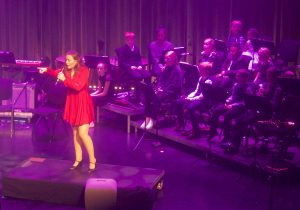 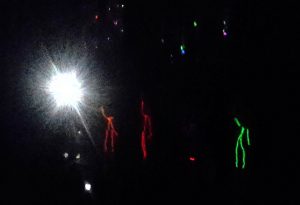 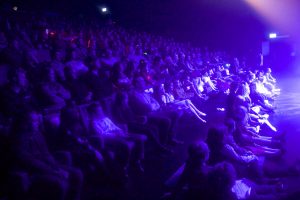