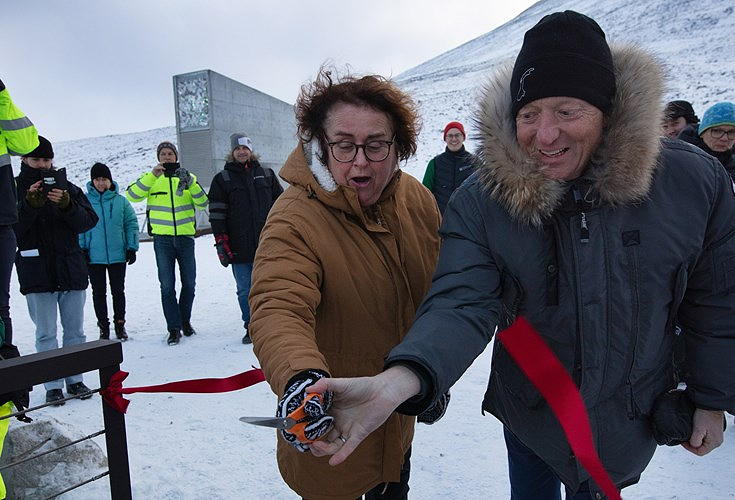 OK, now it’s ready for Armageddon, even if there’s a heavy rainstorm.

A ribbon-cutting ceremony at the Svalbard Global Seed Vault on Monday was both a celebration and a remarkable statement of irony, since the world-renowned facility officially opened more than 11 years ago. But the so-called ultimate safeguard for the planet’s crops didn’t even make it through its first decade before major design flaws were exposed by climate change impacts such as thawing permafrost and unseasonably heavy rain, resulting in lengthy repairs costing nearly triple the vault’s original construction price.

But officials visiting the vault Monday for the ribbon cutting and a new deposit of seed samples said the facility is now ready to withstand the rapid climate shifts experts didn’t anticipate during the original design and construction.

“Nowhere else is climate change as clear as in the Arctic regions,” said Harald Nikolaisen, administrative director of Statsbygg, which performed the upgrade work that took more than a year. “Now the seed vault is well secured for the future.”

The original design featured a steel tunnel sloping downward that extended from the entrance to the storage rooms about 130 meters into the mountain that designers assumed would protect frozen seeds even after a power loss, catastrophic flooding, or other destructive events on a regional or global scale.

But because the permafrost failed to refreeze each year as expected water from heavy rains regularly seeped into the entrance, and in 2016 record precipitation blew out a power transformer inside the entrance and caused other complications (although, contrary to a torrent of media reports that went viral, there was never any danger of the water infiltrating the room where seeds are stored).

The repairs – exceeding 100 million kroner compared to the vault’s 40 million kroner original cost – included drainage channels on the mountainside, a more secure entrance, a redesigned tunnel and an administrative center outside the vault to reduce the duration/frequency of people entering the facility.

“The (earth) masses are now dug up and replaced,” Nikolaisen said. “The steel pipe has been replaced with a stronger and waterproof concrete structure. Freezer pipes around and in the building’s foundation create an ice wall that helps the permafrost to reach the desired temperature.”

Also attending Monday’s ceremony were representatives of four organizations in Europe and Africa who deposited about 30,000 seed samples, bringing the vault’s total collection to 992,039 samples from more than 4,000 plant species contributed by 78 international entities.

Two new organizations made deposits Monday: the Plant Breeding and Acclimatization Institute (IHAR) of Poland brought duplicates of key crops from its gene banks including varieties of wheat and barley, while the National Agricultural and Food Centre of Slovakia deposited oats, vetch and emmer wheat (“a grain that provides high yields in mountainous areas with low soil quality, such as in some areas of central Europe,” according to a press release by The Crop Trust, which coordinates gene bank projects worldwide).

Two returning depositors also participated in Monday’s event, according to The Crop Trust.

“The genebank at the Agricultural Plant Genetic Resources Research and Conservation Centre (APGRC) contributed Sudan’s third box since the nation’s first deposit in 2010, protecting over 300 more accessions of sorghum, cowpea, and the forage kikuyu grass,” the press release notes. “And the genebank of one of CGIAR’s centres, the International Center for Agricultural Research in the Dry Areas (ICARDA), contributed its 190th box of seeds, containing samples of lentils and chickpeas, as well as cereals such as wild oats and barley.”

Monday’s reopening is the latest chapter in the seed vault’s highly colorful and controversial history since it debuted in February of 2008. Earlier this month it was named the 10th most influential project of the past 50 years (topping contributions to humankind such as Google and Star Wars). But skeptics have attacked it for reasons ranging from an alleged scheme to give agribusiness control of the world’s crops to being a showcase of scientific idiocy due to the vault “flooding” because of the design flaws. Then there’s the flood of otherworldly portrayals of the Doomsday Vault serving as a haven for zombies, UFOs, rule-the-world mad scientists and much more found in everything from books to movies to video games.

The vault is regularly featured in articles errantly describing it as one of the world’s most well-guarded or remote facilities (there’s no staff at the vault and it’s on the road system in Longyearbyen, making the exterior jutting out from the mountain the most-sought tourist attraction). But beyond the notoriously colorful panels on the roof and above the entrance that are best viewed when lit in the dark, the seeds themselves are in boxes on unremarkable shelves in an unremarkable industrial storage room – aside from the fact the temperature behind the heavy-vault doors is kept at minus 18 degrees Celsius.

The facility has three storage rooms that can house up to 4.5 million seed samples (with each sample containing 500 seeds). But only the center room is being used for storage so far and, with deposits currently limited to three per year to reduce access by visiting dignitaries and media, it likely will be many years before even that is filled to capacity.

But despite the struggles and suspicions, seed vault officials note the “deposits” remain secure and have already proven their worth on one highly-publicized “doomsday” occasion when Syria made the first-ever withdrawal in 2015 to replace seeds in a gene bank that was destroyed during the country’s prolonged civil war. 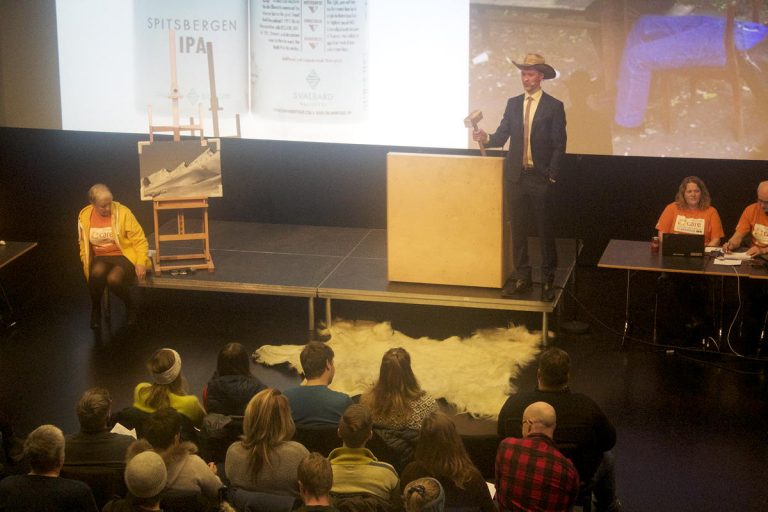 Previous post WITHIN A HAIR OF A MILLION: A polar bear pelt and a lost beard help Longyearbyen raise 999,798 kr. for annual TV auction – and another first per-person donation win nationally 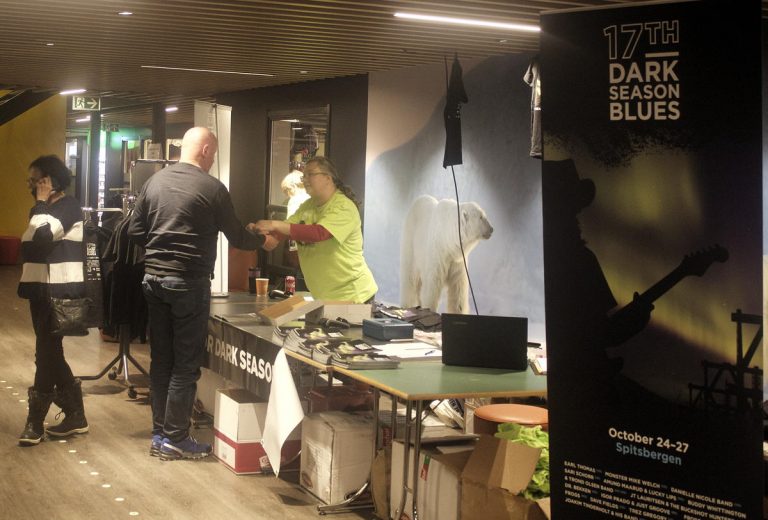