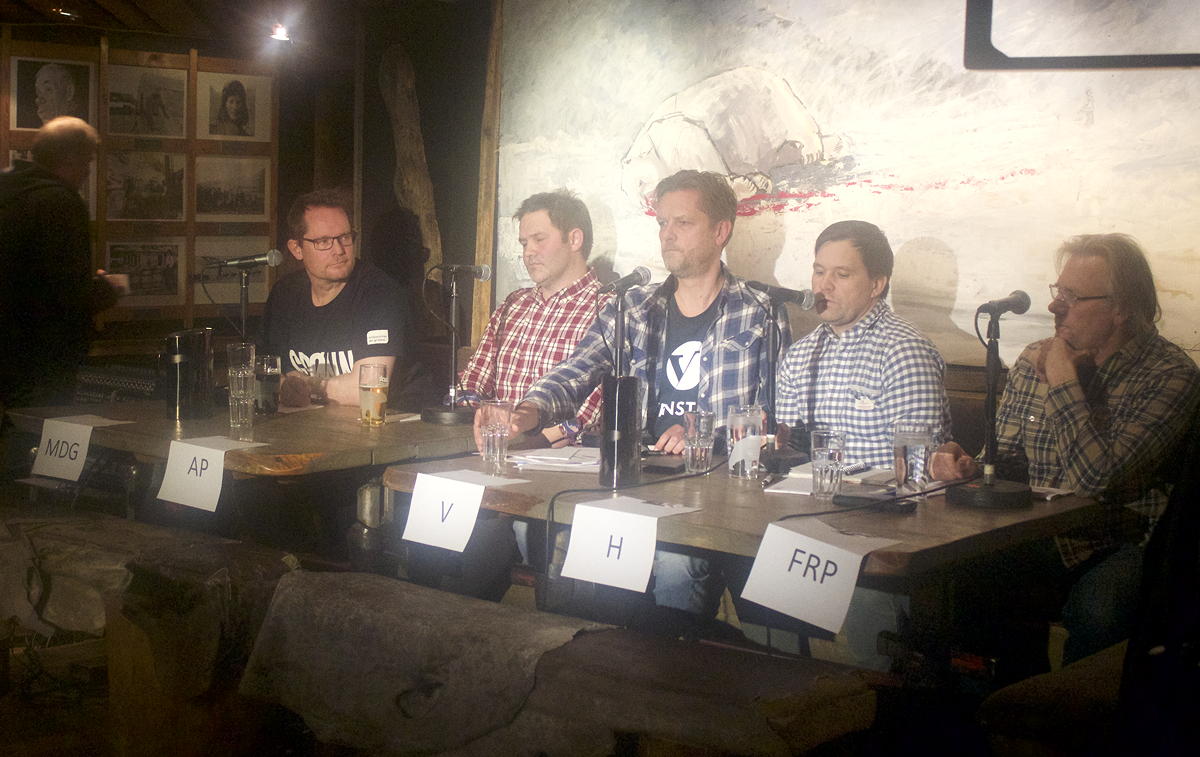 The left-leaning incumbents are proud of presiding over four disastrous years. The Greens are OK with coal mining. The “anti-immigrant” party says they’re offering the strongest embrace of foreign residents.

Plus there’s the Conservatives who probably should have been in charge the past four years and the Liberals who kept that from happening by opting for a bit of legal bribery from those left-leaning incumbents.

One of those five parties – or some combination of them – is going to rule the town after Monday. As the contrasts and ironies above show, party names and general platforms aren’t always consistent with what voters from mainland Norway may be familiar with, to say nothing of those from other countries.

So as candidates make their final pitches to voters before the election (ballots can be cast at Kulturhuset from 2-6 p.m. Sunday and 10 a.m.-8 p.m. Monday) that will select the 15 members of the Longyearbyen Community Council, here’s some basics about the parties on the ballot and how politicking among the contenders played out last time.

Why every vote counts, in one sentence

Since five parties may fragment the vote more than previous elections, it’s entirely possible a party that wins a single seat may play kingmaker if there’s a 7-7 tie after the other parties form alliances.

Where the parties stand on key issues, in one sentence

OK, seriously, who the parties are and where they stand in the political food chain, in one sentence

Longtime moderate-left powerbrokers of the modern mining era who’ve held the council majority and mayor’s office for 16 years, they nearly lost their grip last election in the wake of Store Norske’s announced massive downsizing, but can argue the town didn’t suffer similar shrinkage despite the literal avalanche of setbacks that have occurred since then.

• Conservative (Høyre): Primary opposition who seem to be gaining favor by arguing for a larger private sector role on crucial current issues such as housing and post-coal businesses (and that the incumbents badly bungled the Store Norske situation), they won the same number of seats as Labor in the last election (five) and appeared set to take over the leadership by joining with…

• Liberal (Venstre): Call these centrists the kingmakers since, while they’re part of the national Conservative-led ruling coalition (we realize that may seem confusing), when they won three seats in their first local election they formed a majority with Labor in return for getting to name a deputy mayor paid a half-time salary.

• Green (Miljøpartiet de Grønne): Also first-timers in the last election, they won two seats with the hardcore environmental agenda you’d expect (and much of which will never realistically happen) – but contrary to their zero-Arctic emissions global peers they’re willing to make some real-life concessions in modern Longyearbyen such as limited coal mining for non-energy uses.

• Progress Party (Fremskrittspartiet): Serious power players as part of the ruling coalition on the mainland (and headline makers with their anti-immigrant/Muslin rhetoric), they’ve got the modest goal of winning a single seat in their first local council election so they can be the voice of principled dissent when everyone else seems too inclined to agree.

Who’s likely to prevail in this year’s election, in one sentence

No clue – nobody’s done any polling. And when Svalbardposten did last time it was wildly inaccurate, predicting a dominant win for Labor. (Full disclosure, Icepeople’s “educated guess” based on interviews was even worse).

Why the outcome is unlikely to radically shift things here (aside from the radical shifting occurring that has nothing to do with politics), in more than one sentence

High North News, in a story declaring “Everybody Wants a Piece of the Arctic,” notes “Labor and the Conservatives are, nevertheless, of one mind when it comes to the point about focusing on existing business rather than on growth in and of itself. Thus, both their prayers were heard when the government on Thursday presented its brand new strategy; “Innovation and Business Development in Svalbard.”

“We want to focus on quality and sustainability in the Longyearbyen community, not on growth as a goal in and of itself,” says State Secretary Magnus Thue (Conservatives) in the Ministry of Trade, Industry and Fisheries when presenting the plans. 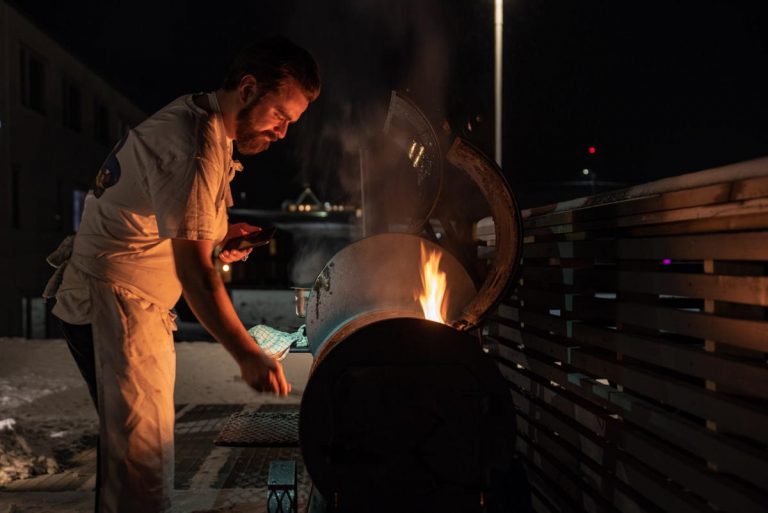 Previous post EXPANDING THOSE PERSONAL BOUNDARIES: 3rd annual Smak Svalbard allows folks of all tastes under big tent – and beyond 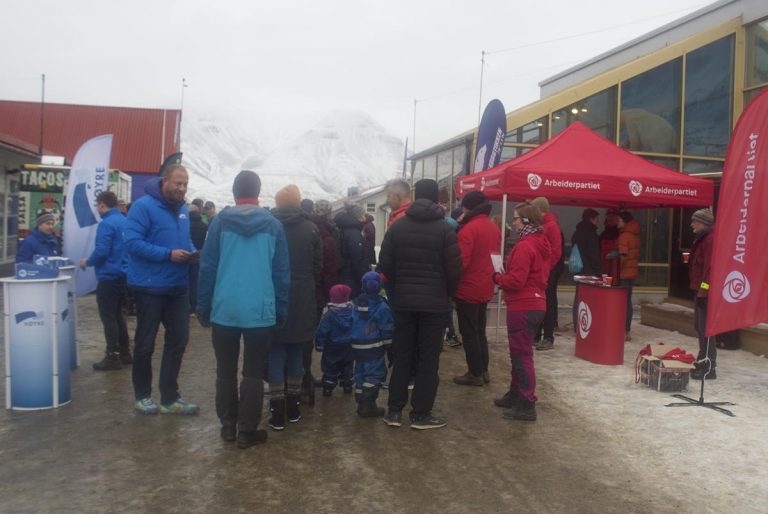 Next post ELECTION 2019 – LAST STANDS: Parties and candidates out in force with fliers and swag a day before vote; here’s the ‘unfiltered’ version of their pitches to voters