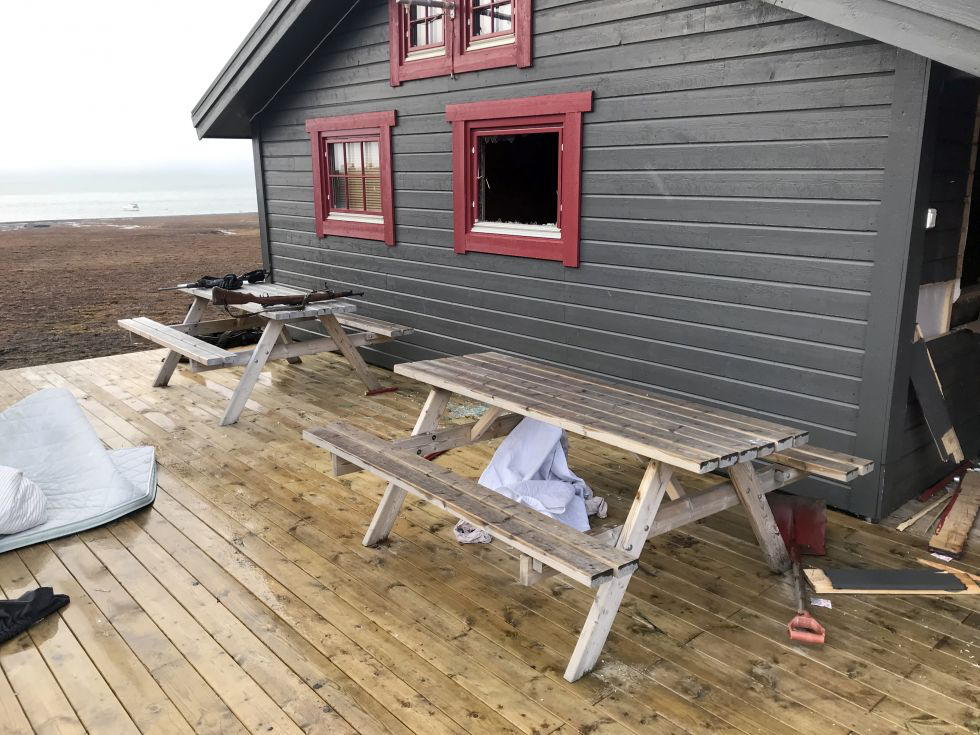 A trend of late summer/early fall visits by polar bears near Longyearbyen is continuing in great numbers this year as the latest of many visits and intrusions into cabins was reported the past weekend and all field research in valleys near town was cancelled indefinitely Monday due to multiple recent bear visits.

John-Einar Lockert (who took the photo above), a local businesses owner who is one of several cabin owners at Vindodden, told Svalbardposten he arrived by boat at his cabin Saturday, only to discover heavily damaged inflicted by a polar bear.

“The bear had entered a bedroom first, by shattering the window,” he said. “Inside, the beds and a TV were broken.”

In addition to raiding food supplies,the bear also ate a variety of cleaning powders, candles and other oddities and bodily discharges from the resulting upset stomach were also evident throughout the cabin. Lockert told the newspaper repairs will be costly, and some things like wall sections will have to be replaced because it will be impossible to clean them.

Damage was reported to at least two other cabins. Several polar bears have been observed in the area around Vindodden recently, although the owners and Norwegian Polar Institute researchers said they believe the damage is being caused by a single bear fitted with a tracking collar.

Bear sightings have also been reported recently at Tempelfjorden, Billefjorden, Advendtdalen and Foxdalen. Twice bears have been chased away from the kennels at Green Dog Svalbard about ten kilometers east of town and The University Centre in Svalbard announced Monday all field work in the vicinity is being cancelled due to bear sightings. while guards appointed by UNIS have scared off some approaching bears, the governor was not directly involved in those incidents.

Other recent encounters include a bear that damaged a motorboat and liferaft at Fredheim on Friday, temporarily stranding two men who used the vessels to reach the beach there for a hike. 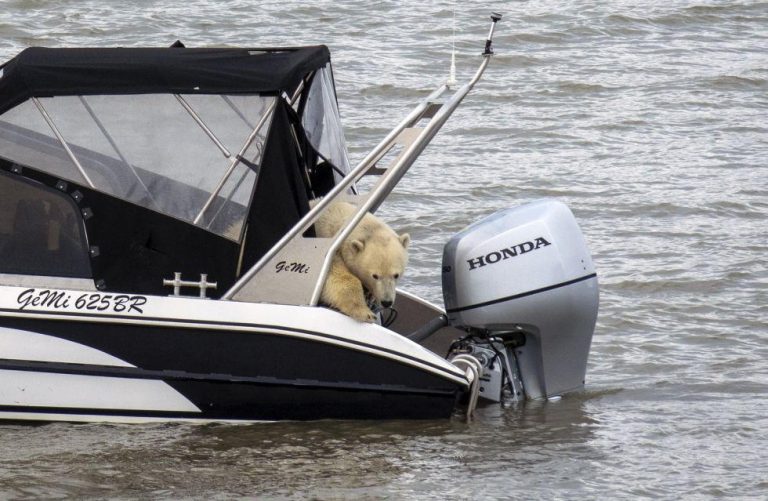 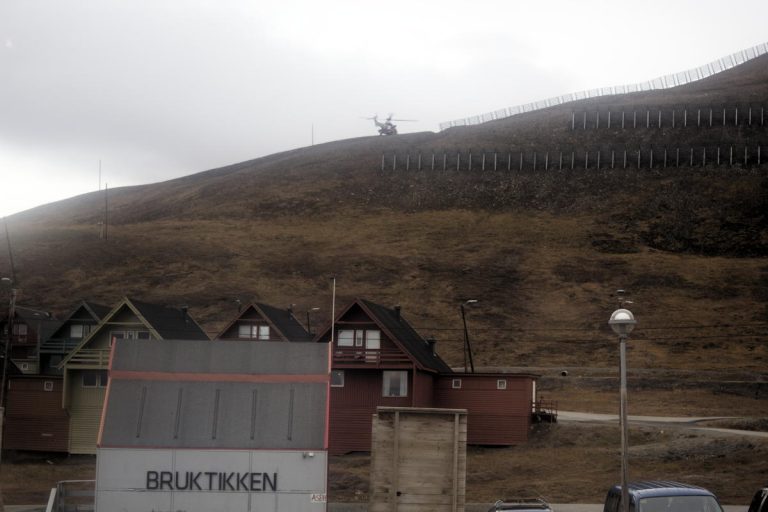 Next post BE NOT THAT AFRAID: Yes, a polar bear (or two) is lurking near town Saturday – but that’s NOT why this helicopter is rattling roofs