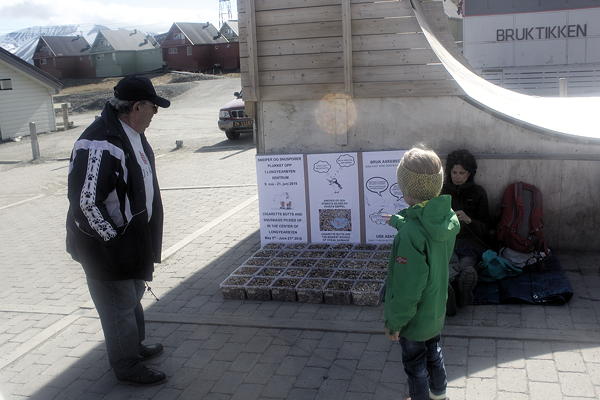 On a day when several thousand tourists arrived on one of the biggest cruise ship days of the year, Silvia Galli greeted them with thousands of exposed butts.

Which certainly managed to get plenty of attention as intended – although in this instance some harsh criticism about the naked revelation was a bit surprising. Because the butts in this instance were the stubs of enough cigarettes to fill 90 liters worth of plastic containers collected by her and others in Longyearbyen’s downtown area between May 9 and June 21, and put on display in silent protest in the central square Sunday.

“The main purpose was making a point and making people aware of how much there is,” she said while sitting in the shade of the skateboard ramp in the square, away from a crowd of people at tables outside a cafe and those taking pictures of the miner’s statue (which she considered too “sacred” to obscure with her protest).

Galli said she and a handful of others, adults and kids, picked up the butts without fanfare until she posted a picture of the total collection on a community Facebook discussion page Saturday morning. That immediately generated a barrage of stunned, thankful and dismayed responses – and not all of the negativity was directed at those tossing their cigarette stubs on the ground.

What about those people throwing trash outside their offices, are you picking up that too? Have we/you forgotten dog poop, do you pick that up, too?” wrote Jan-erik Samuelsen, accusing her of “bragging about herself.” In a subsequent comment he added, “are you aware that 60 percent of the population has quit and throw out their butts, and that there is a big-time number of tourists lightning up. Do you think that they don’t thrown their butts down when it suits them. I smoke myself, so you can pursue me and see where throw my butts. This, too, is doomed in my eyes, but thanks so much for saving the world.”

That taunt was met with a reply by Galli that she’s making people aware of the problem, and that both tourists and locals are responsible. Other respondents arose to her defense.

“Be rather glad that someone is able to deal with the garbage problem here in the city, especially cigarette butts that are strewn like fresh snow over the city here,” wrote Aina Bygdnes. “If you feel hit by what she does, then that’s a good thing because then you can also put your butts in the trash and thus contribute positively to the environment in the city.”

Another criticism, albeit less personal, was voiced was Ann Britt Nygard, who wrote “I agree that it’s not pretty with butts lying around by. But I probably don’t agree with the way those who smoke will be ‘hung out to dry.'” There may be many reasons why people may need a smoke. I’m not sure if any of the statements might seem counterproductive.”

The statement, Galli and other commenters replied, isn’t against those who smoke, just those who discard butts someplace other than the trash.

Galli said during her protest Sunday she didn’t take those who reacted critically personally.

“When you do something like that that’s provoking people and making them react you expect criticism,” she said.

There have been plenty of complaints voiced in plenty of public ways about the pollution and other adverse impacts of large crowds of tourists, especially those brought by large cruise ships, arriving in Longyearbyen in recent years. But Galli noted the first butts she and others collected in early May, well before the first ships arrived, were from beneath the balconies of residential buildings.

“It’s both of them, no question about it,” she said, referring to tourists and locals.

Galli said she didn’t have any definitive plans for her cleanup effort besides the protest, but she has discussed the matter with a city official in recent days about an awareness campaign and is hoping private businesses might be willing to do the same on an individual basis.

“For example, if somebody at a restaurant sees a person throwing one away they can ask them to please put it in an ashtray,” she said.

There also is no fine for people who discard butts, but Galli said she is hoping local police might be willing to do a patrol and issue warnings to violators on a weekend night, and perhaps implement a fine system in the future if needed.

Signs Galli brought to her protest note cigarette butts are a major source of ocean pollution and take long periods of time to decompose due to their plastic content. Experts state a typical butt may take 18 months to more than a decade to decompose depending on conditions – and extreme Arctic conditions such as Svalbard mean the period is at the high end of the scale – and the stubs contain numerous toxins hazardous to wildlife. 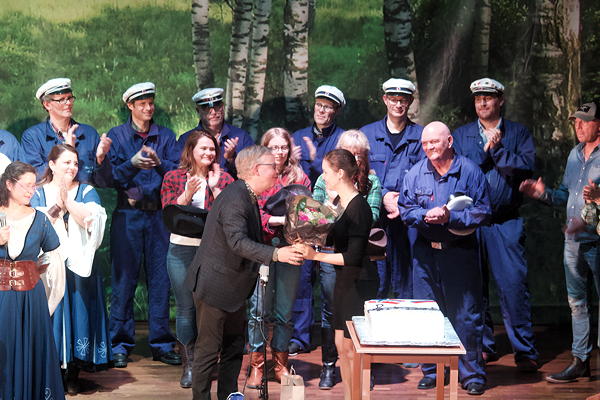 Previous post CULTURAL SHAREITAGE: Norway and Russia may be in a new Cold War, but in Svalbard embracing differences take center stage 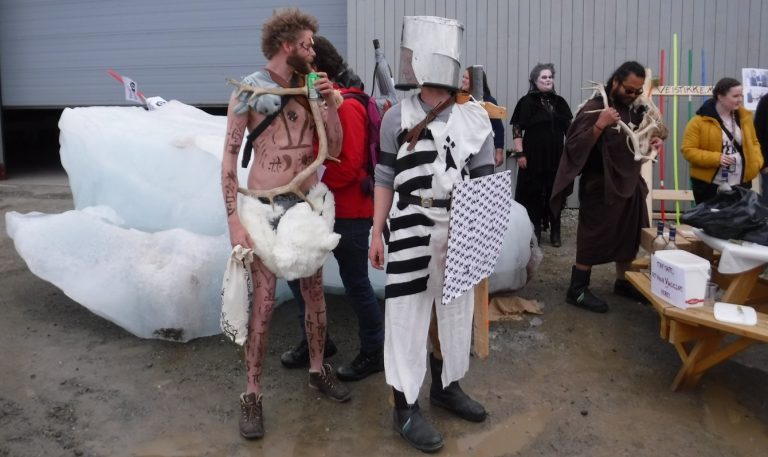 Next post JUST THE MIDDLE OF A REALLY LONG DAY? Svalbard’s four-month-long midnight sun puts chill on duration of solstice, but Ny-Ålesund residents celebrate with plenty of fire and ice