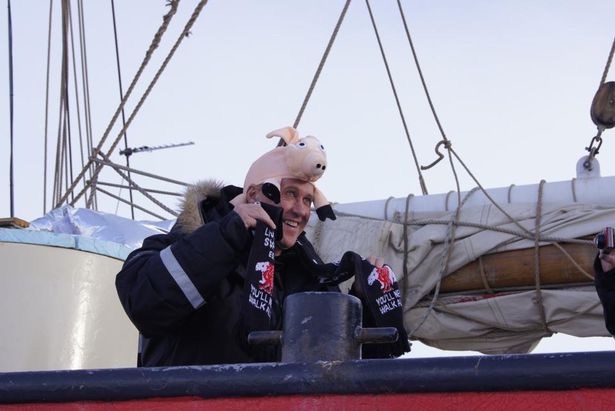 “Even the polar bears will be dancing.” We’re always a bit puzzled when sports stars credit God for a victory, but if indeed that prediction by a certain group of fervent locals happens after this weekend’s Champions League final we might have to rethink if She does indeed take sides.Among the many, many myths about Svalbard (i.e. it’s forbidden to die here), the cold, harsh truth is the saying everybody loves an underdog is sentimental rubbish, at least when it comes to Truly Important stuff like match between heavily favored 11-time winner Liverpool and first-timers Tottenham. The Liverbird Svalbard Supporters Club (gee, guess who they’re supporting) unique fanbase and gameday plans are earning some banner headlines amidst the crush of championship coverage, including a story in the Liverpool Echo with the eye-catching (to outsiders), but rather generic (to locals) headline “Midnight sun, guns and polar bears – how Liverpool’s most northerly supporters club will celebrate Champions League final.”  The opening kinda writes itself: “Liverpool’s most northerly supporters club will not ‘be afraid of the dark’ when they’re belting out the Reds beloved anthem on Saturday night.” Because, y’know, the midnight sun. But then it immediately flops into nonsense with “indeed the biggest fear the club’s 50-plus members will have when Liverpool face Tottenham in the Champions League final are polar bears, which outnumber humans on Svalbard” (WRONG, WRONG, WRONG, WRONG!!! Or is that a bit too shrill to point out the totally universal and totally bogus myth about this place?). Anyhow,  Thomas Nilsen, who founded the Liverbirds in 2011, tells the newspaper that on that day “first we will walk 10 kilometers in our supporter gear, playing guitar and singing all the songs,” then host a youth soccer tournament where all the prizes will, obviously, be Liverpool related. They’ll have a pre-match parade and then gather in a large room provided by a pub to watch the scrum and “after the victory we will, of course, celebrate in the midnight sun all night through.” Along with the predicted dancing polar bears. If indeed the fandemonium holds that kind of sway over the polar predators (instead of, say, the bears being in a frenzy at seeing a cluster of 50 humans too intoxicated to run or shoot straight), it might because the group has rather nicely bullied its ways into an overly prominent presence over the years. They’ve managed to embed themselves into a rather brief paragraph on Longyearbyen’s Wikipedia page summarizing the cultural scene (hey guys, maybe time to update the long.ago entry declaring you have 20 members). Liverpool players and former players have visited Longyearbyen to hang with the club and do stuff like lead youth football clinics since famed retired clubber Phil Neal (the pig-headed guy in the photo above) first visited in 2013. And the Liverbirds Svalbard logo is etched on stone at Anfield. BTW, not to bring God into this again (which mean we are), but since an upset by Tottenham might suggest they are blessed, one has to wonder what She might inspire those polar bears to do at the party in lieu of dancing…

Speaking of the local culture scene and gods of Heaven (and upsets), a rather shocking-and-totally-buried story this week is ticket sales for the extremely hyped concerts next month by Led Zepplin legend Robert Plant are pretty hellish so far. About 200 of a total of 1,100 tickets have been sold for the gigs on June 27 and 29, according to The Official Local Paper of Records-Are-Obsolete-But-Totally-Making-A-Comeback. It’s the latest in a growing list of events that are seeing surprisingly low attendance for several presumed factors (a big increase in events and a big turnover in residents whose newcomers don’t have money/time for them being chief among them). Jim Johansen, who organized the concerts and began promoting them last year, is among those hoping (sometimes successfully) last-minute sales will fill many of the empty seats, but he’s also considering cancelling one of the two show otherwise…

Finally, to end this week’s mythbusting on another hellish note, we offer this “totally WTF?” take on your typical anti-immigrant screed from a scribe at the Sundiata Post (“Nigeria’s most authoritative online newspaper”) headlined “Countries that Should Completely Remove their Borders and Allow Anyone Visit” We’ll spoil the ending and reveal the answer is “none,” but it gets there by starting with these eye-open Truths We Didn’t Know: “Anyone can come to Svalbard from anywhere in the world and gain residency there. It just happens that the island is covered in polar bears and frost, only has two ‘major’ cities, and is extremely expensive, which is why very few people take advantage of living there. However, Svalbard is able to maintain this open policy because nobody wants to live there. If people did want to live in Svalbard, then the island would be completely swamped with people who are irreverent towards the historic Norwegian and Russian identities on the island.” Not to give the writer undue credit, but we’ll note that there are now residents from more than 50 countries here (and the percentage of foreigners has more than doubled during the past decade), while “historic” identities such as whalers, trappers and coal miners are pretty much vanquished. Surely it’s too much to dismiss that as coincidence. 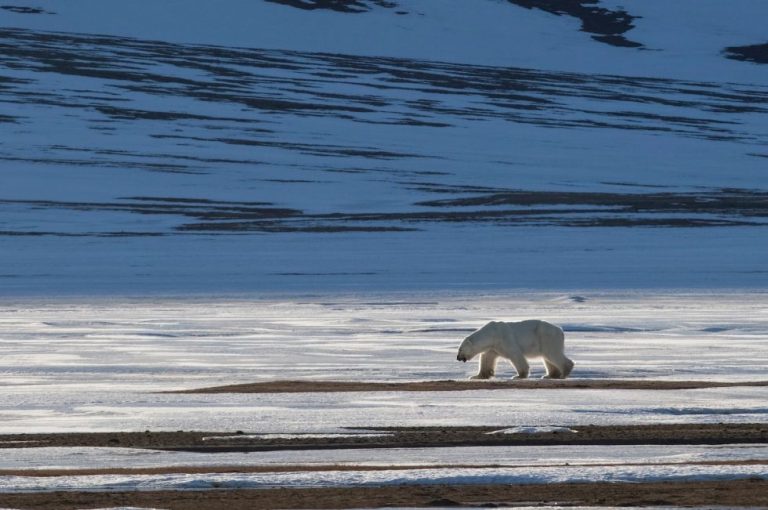 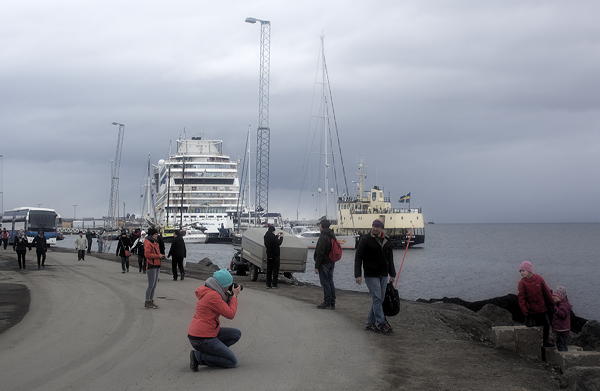