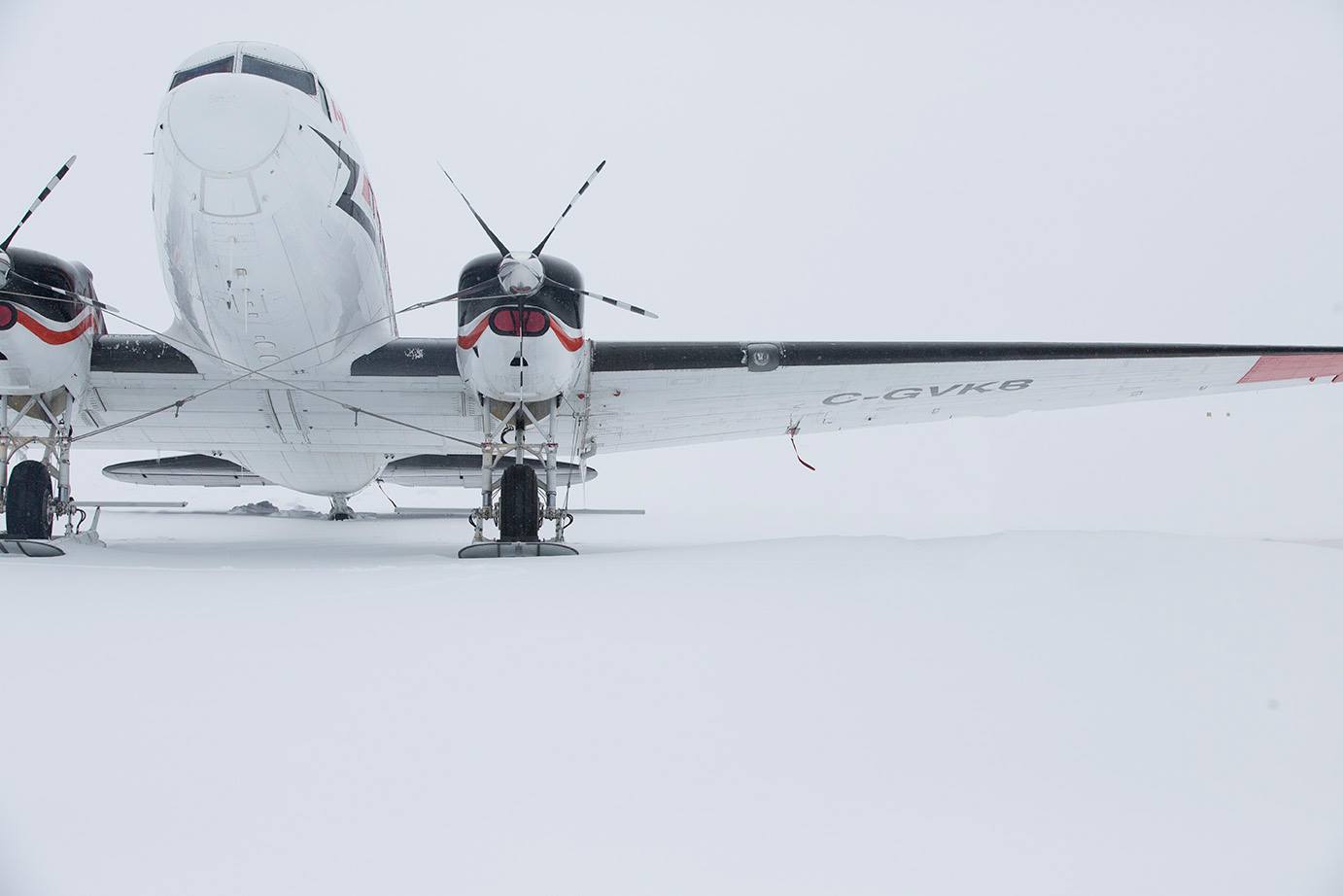 The word for last year’s shortest-ever season at the North Pole was “disaster.” This year the word is rapidly becoming “hopeless.”

Officially there are still flights scheduled to the Barneo Ice Camp for those hoping to reach the top of the world, albeit a week or more later than officially planned. But there is now no plane to transport people there and, even if officials succeed in hasty plans to bring in another plane from Canada or Iran, there is no guarantee the ice runway and various logistical factors will remain stable enough to allow any expedition flights at all.

Barneo, in a now decidedly not-humorous and highly-costly April Fool’s Joke, announced its official opening in its usual location on an ice floe above 89 degrees latitude north on April 1, but problems completing the ice runway delayed the first expeditions beyond their scheduled April 4 on a day-by-day basis. That escalated into longer-term delays when a dispute between the Russian-operated camp and Ukrainian pilots/crew when the latter were prohibited to travel above 80 degrees latitude north, for reasons attributed to the larger clash between the two countries during the past several years.

Eric Larsen, a longtime polar region expedition leader, wrote in a lengthy Facebook post Tuesday that he went to bed the night before “with the sinking feeling that this would the day, the first day that anyone here could remember, that the North Pole season would be cancelled.” A meeting between expedition leaders and Barneo camp officials brought little hope.

“The original plan of flying to the ice in a Ukrainian AN-74 was abandoned (the plane had already left Longyearbyen) as there was no way in the foreseeable future that permits would be issued,” he wrote. “Instead, one of the earlier plans…hiring a plane from Canada – Kenn Borek’s Balser BT-67, an updated DC-3 often referred simply to as the ‘Basler’ would be adopted. This would require a few more steps in getting both the plane and crew to Longyearbyen as well as initial test of the ice runway at Barneo, but none of these steps were an insurmountable road block and more or less standard operating procedure. Simultaneously, there is still work to get another Antonov here, this time from Iran.”

The delay, besides costing North Pole hopefuls extensive extra expenses, is also placing enormous stress on them and local lodging operators since it is the peak of spring tourism season and virtually all guest rooms are sold out.

Barneo, which has not provided a public update about the camp and the situation there since March 28, did not immediately respond to questions.

Larson wrote that after meeting with member of his planned “last-degree” ski expedition this year he is encouraged by their attitudes and, as of now, still planning as though the trip will take place.

“While not life and death, these are stressful situations to be caught up in where no path is the best option,” he wrote. “Still, that is polar travel to a ‘T’. We are constantly moving into uncertainty and having to make (and execute) a plan to deal with the conditions.”

For those looking for what passes as a more optimistic message, the North Pole Marathon announced in a Facebook post to its nearly 50 participants that the event is still happening, albeit a week later than the original April 9 date.

“Getting to the North Pole is always a challenge!” the post declares. “There is a delay with all North Pole flights this year and the marathon is now rescheduled for April 16th. The ice camp advance crew and the North Pole eagerly await the World’s Coolest Marathon.”

Judith Boyd, a United States resident signed up for the marathon, said about half of the participants are planning to depart for Oslo Wednesday and return Monday to cope with the overcrowded lodging situation in Longyearbyen. Meanwhile, she said her schedule and budget are flexible enough she’s been able to enjoy numerous adventures here while waiting, and is planning a three-day dogsledding trip in lieu of staying in town.

“This is a wonderful place to be stranded,” she said, adding she initially was thinking of making the long dogsledding trip on a subsequent visit but is taking advantage of the “opportunity” to do so now.

But Katie Sarah, an Australian hoping to be the first woman to complete the Adventurers’ Seven-Seven Grand Slam – climbing the seven tallest mountains, the seven tallest volcanoes plus trekking to the North and South Poles – told the website news.com.au she’s not sure how much of a window is left for her to attempt the final part of that feat.

“It’s 50:50 we won’t get there and I’m not sure which way it is leaning,” she said. “Thinking it’s not going to happen is not a good state to be in when you’re preparing for something like this. It’s now feeling very pessimistic and negative.”

Barneo, which first opened in 2002, typically hosts up to 250 expeditioners, scientists, artists, political and other VIPS, and other visitors during a season that lasts three to four weeks. But recent seasons have been besieged by numerous problems, including unstable ice for the camp due to climate change and political feuds primarily involving Norway. Last year’s camp was the shortest ever, opening April 13 and closing 12 days later, due largely to problems with the ice runway. Expedition leaders have said the last flight to Barneo this season – if any occur – will be April 16. 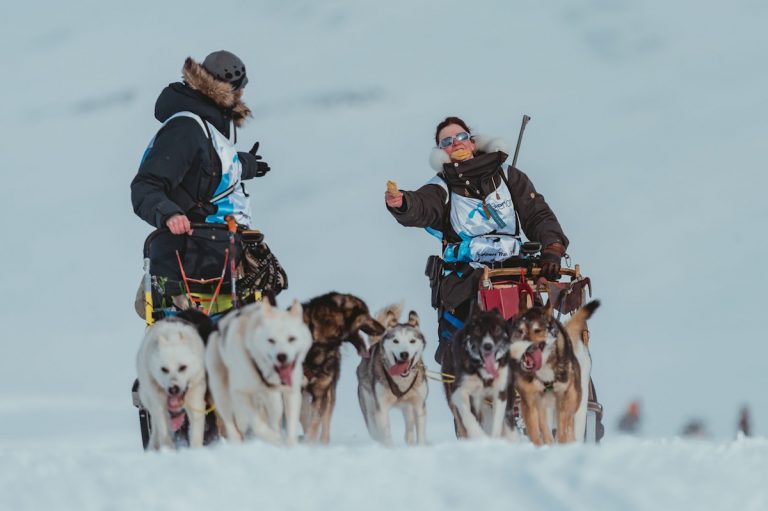 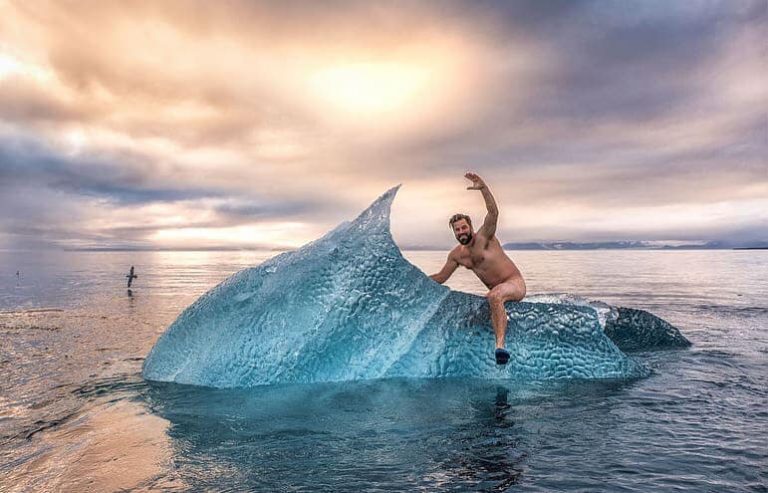 Next post Random weirdness for the week of April 9, 2019