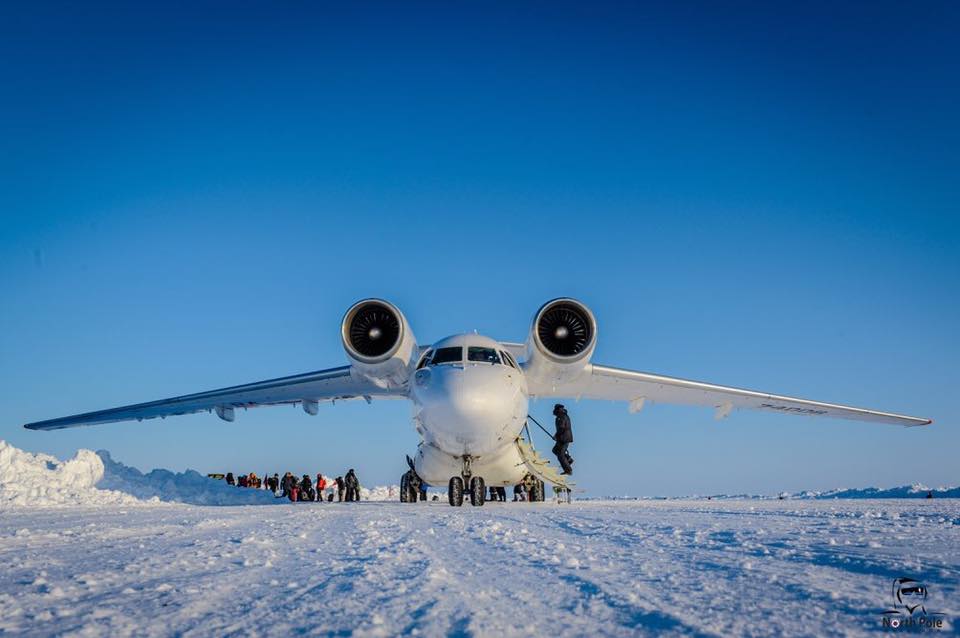 They paid fortunes to attempt the dream adventure of a lifetime by reaching the North Pole, but instead are stuck waiting in cafes and sleeping on floors of hopelessly overbooked lodges (or boats, or wherever they can find empty space) because the Bareno ice camp at 89 degrees latitude north, which “officially” opened April 1, is now delaying the first flights to the base by more than a week due to problems building the ice runway and a political squabble between Russia and the Ukraine about operations there.

The first expeditions were scheduled to depart April 4, but the dozens of participants and subsequent Pole seekers – including 46 runners and support people with the North Pole Marathon – are now stuck in Longyearbyen until at least Wednesday due to the various problems, according to expedition leaders and news reports.

“We have a significant delay as a result of some political turmoil that resulted in the revoking of a permit allowing the Ukrainian-owned Antonov-74 from flying above 80 degrees north and onto what the Russians are claiming as their territory (despite being international ‘waters’),” wrote Eric Philips, a guide with 20 years of polar expedition experience who is leading a trip for Icetrek Polar Expeditions this year, in a post on his Facebook page. “We are waiting for a new permit to be flown in from Kiev (hard copy only!) before the first technical flight can land at Barneo followed by skiers.”

“Although politics has tainted our North Pole program in the past I never predicted that this stoush between two longtime adversaries would resonate so deeply north.”

The delay is occurring during the peak of spring tourism season when all guest lodging is typically sold out, leaving many of those stranded struggling day-to-day to find places to stay in-between the frequent meetings for updates and frustratingly inactive hours due to the need to stay near town in case the situation changes.

“There are meetings today at 10 a.m., 1 p.m., 5 p.m. – always waiting, waiting, waiting,” said Bruno Figueras, a native of Spain hoping to make his first trip to the top of the world, sitting in a cafe Monday morning with fellow adventurers while reading a copy of Jordan Peterson’s “12 Rules For Life.”

He said the past few nights members of his expedition slept “on the floor of the lounge at Mary Ann’s (Polarrigg). Now we’ve got a room for today and tomorrow.”

The Russian-operated Barneo ice camp has experienced numerous struggles in recent years due to leadership changes, problematic ice conditions and political turmoil that until this year primarily involved Norway. Last year was the camp’s shortest season ever as it opened nearly two weeks late on April 13 and shut down 12 days later. While the camp was able to squeeze all the backlogged expeditions into the short time frame, many participants were forced to abandon trips they paid 20,000 Euro or more for due to the inability to fit the delay into their schedules.

Figueras said Barneo officials have stated the last flight to the ice camp will be April 16 and, while he can wait that long even though its costing him at least a few hundred Euro extra a day for an expedition he’s already paid about 40,000 Euro for, it obviously is far from an ideal scenario.

Barneo debuted in 2002 and typically hosts about 250 visitors – including political dignitaries, artists, media and others as well as expeditions – during what’s supposed to be roughly a four-week season in April. But climate change has made maintaining the runway and other camp facilities on a large ice floe an increasing challenge (not to mention troubling for expeditions encountering cracks and open water while skiing to the top of the world).

Perhaps even more of a hinderance, however, are the political troubles that largely began in 2015 when Russian Deputy Prime Minister Dmitry Rogozin visited Svalbard on his way to the North Pole, flaunting a ban on his entry to Norway due to his role in the annexation of a portion of the Ukraine. That resulted in Norway 48-hour advance notices for passengers and flights to the camp, which continues to cause problems due to the highly predictable nature of being able to land flights reliably due to weather, runway and other conditions.

This year the first expeditions were delayed on a day-to-day basis after the supposed April 1 camp opening due to problems finishing the ice runway. But the turmoil with the Ukraine that erupted during the past few days is extending the delay into an extended situation, with camp conditions unlikely to remain stable as the month progresses. 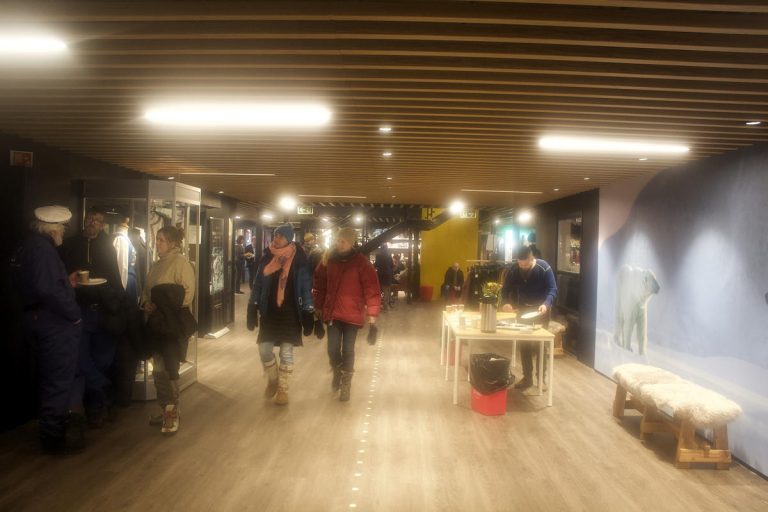 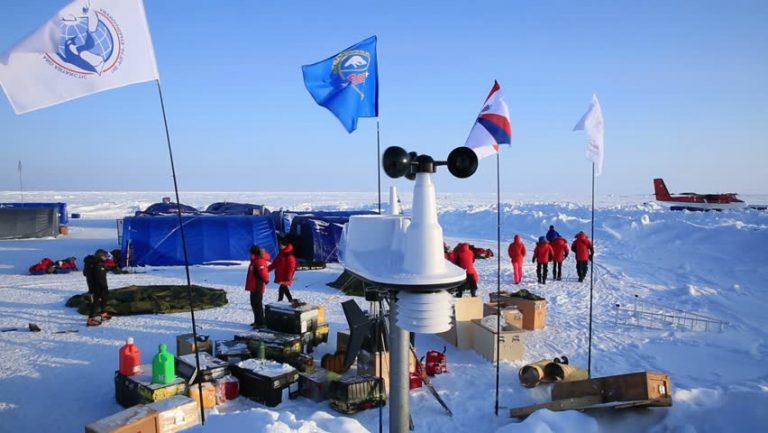 Next post Crazy for the top of the world: Eclectic community of adventurers and workers again come together to brave a range of bizarre hardships in their shared lure of the North Pole