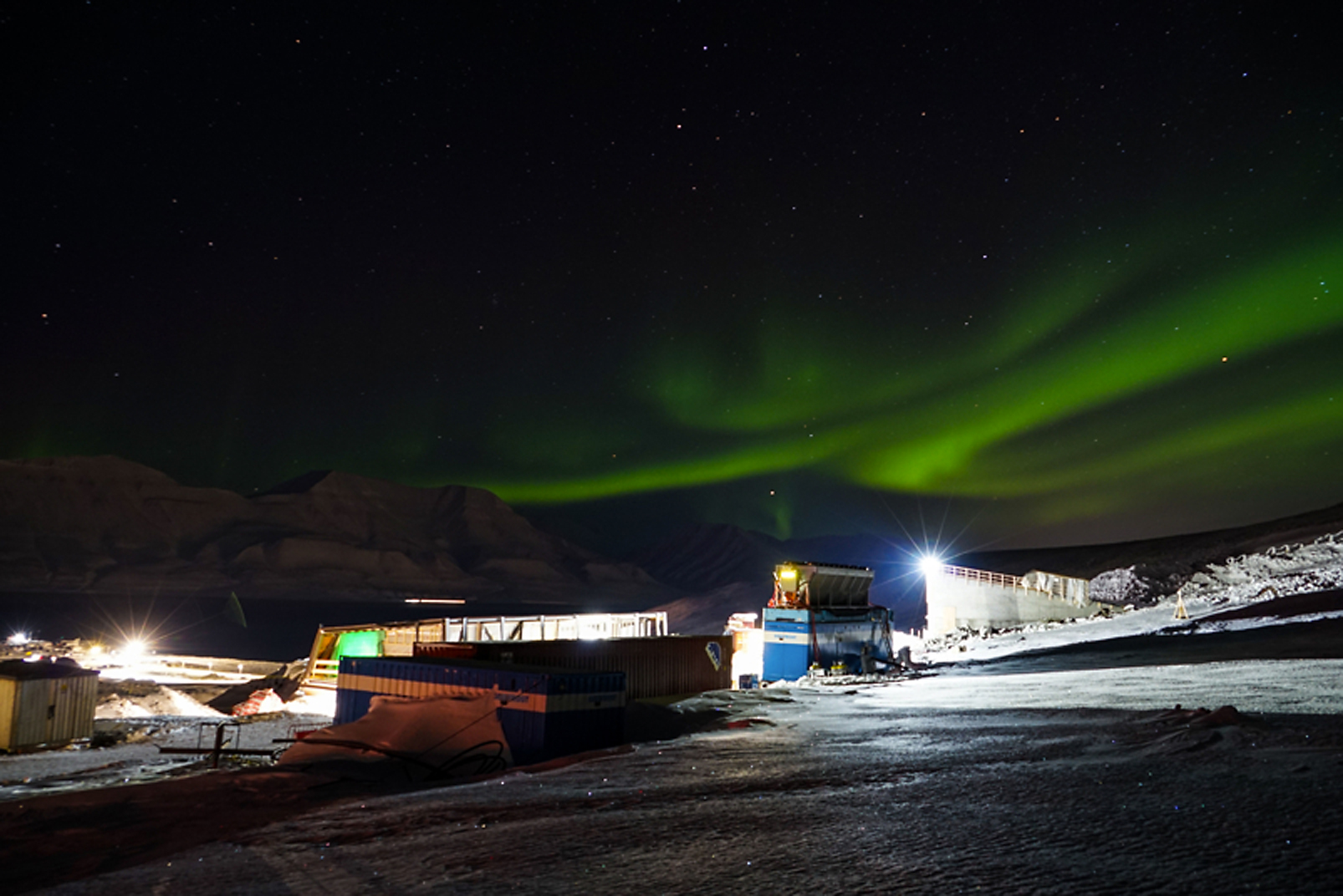 Last year virtually everybody was here celebrating the 10-year existence (widely mislabeled as the 10th anniversary) of the Svalbard Global Seed Vault, gathering at an entrance so badly designed it was undergoing an upgrade more than two times as expensive as the original cost of the entire facility.

This year virtually nobody is here for the true 10th anniversary of the vault (remember, the first anniversary is one year after it opened), which occurs shortly before the upgrades are tested to to ensure the vault really is worthy of its “doomsday” moniker.

The vault marked 11 years of existence on Tuesday without any announced ceremonial events, in contrast to the multi-day bonanza last year when global experts and media hailed the landmark moments and future potential of the facility, with the renovations playing a decidedly secondary role.

The repairs are necessary due to water leakage that during the past years have caused problems including a short-out of the electrical system. The leakage is due to a combination of thawing permafrost around the entrance that experts didn’t foresee a decade ago, and inadequate drainage and sealing around the entrance.

“The 100 million was an estimate and what we have done on Svalbard is rather advanced pioneer work,” Statsbygg Communication Manager Hege Njaa Aschim told High North News this week.

The project includes an upgrade of the access tunnel into vault leading to the storage rooms 130 meters inside the mountain (contrary to many reports, the storage rooms and seeds themselves were never threatened by the leakage), featuring a waterproof concrete structure surrounded by denser fill material.

A separate service building a short distance away from the entrance will house technical facilities so they don’t generate heat within the vault, which will also serve as a reception and deposit registration area for visitors so their presence in the vault is minimized. Drainage pipes and channels in the soil surrounding the vault are also being installed.

Work is on schedule even though the complexity of both the upgrades and getting several hundred tons of steel and other materials to Svalbard is proving challenging at times, Ronny-André Olsen, manager of the project for Hæhre Arctic, told Teknisk Ukeblad.

“Everything must be shipped by boat and if you miss a boat transport it takes ten days before the next boat arrives,” he said.

While the seed vault is an object of global curiosity and, according to some local tourism officials, the most-requested thing in Longyearbyen visitors want to see, it’s far less in the minds of local residents and even many on the mainland. That became evident when news of the leakage generated worldwide headlines a couple of years ago when mainstream sources such as The Guardian reported a “flooding” of the vault. Seed vault officials quickly noted that was a gross exaggeration and, while some leakage has occurred since the facility opened, the problem has become more apparent and potentially serious in recent years.

“The interest from abroad is far greater than what we experience from Norway,” Aschim told Teknisk Ukeblad. “When we discovered the water penetration in 2016 only a few wrote about this in Norway, but we registered over 3,000 entries worldwide – and we were interviewed by 30 to 40 radio and TV channels from around the world.”

Another round of “doomsday” headlines has circulated in recent weeks with the release of a new report stating Svalbard is likely to experience up to 10 degrees Celsius of warming by 2100 compared to the decades before the turn of the millennium. As with the initial leakage reports some of stories went awry, since the report notes half of that warming has already occurred and the 10-degree figure is a maximum-case scenario. In addition, while the report states the warming will threaten a large variety of man-made and natural elements in Svalbard, the seed vault isn’t mentioned a single time.

Even though the vault was sealed off much of 2018 for the repairs, the Norwegian Ministry of Agriculture and Food issued a favorable statement in terms of operations near the end of the year.

As regards the number of deposited seed acquisitions, 2018 has been a successful year for the seed vault,” the statement notes. “In total 30 gene banks and institutes deposited 92,638 seed samples during 2018, which is the largest number since 2011. So far, 76 institutes have deposited seeds in the vault and current holdings by the end of 2018 are 983,524 acquisitions.”

Deposits this year are scheduled March 24-28, June 3-6 and Oct. 21-25, according to the ministry, which notes in the statement current and new entities interested in depositing seeds can still sign up. 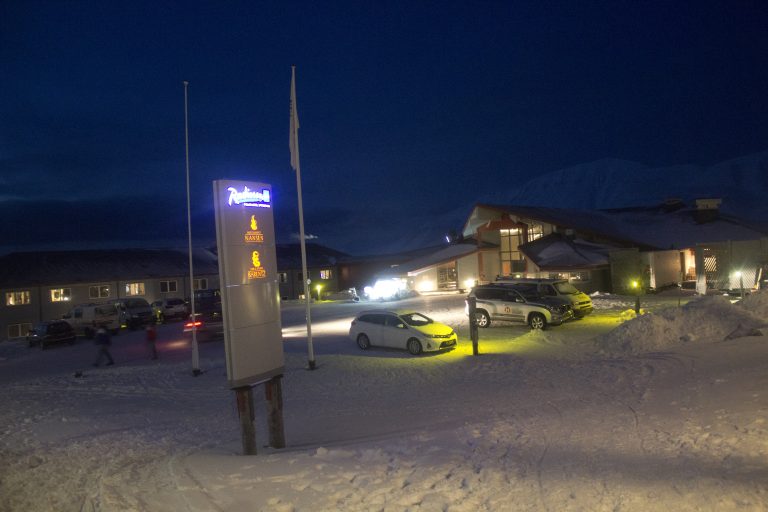 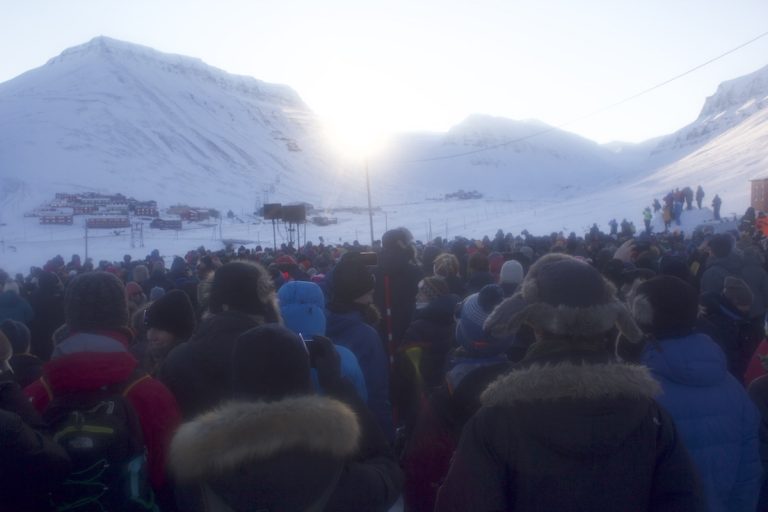 Next post So nice it happened twice: Sun makes one of its most spectacular Solfestuka celebration appearances ever – one day after its first actual appearance