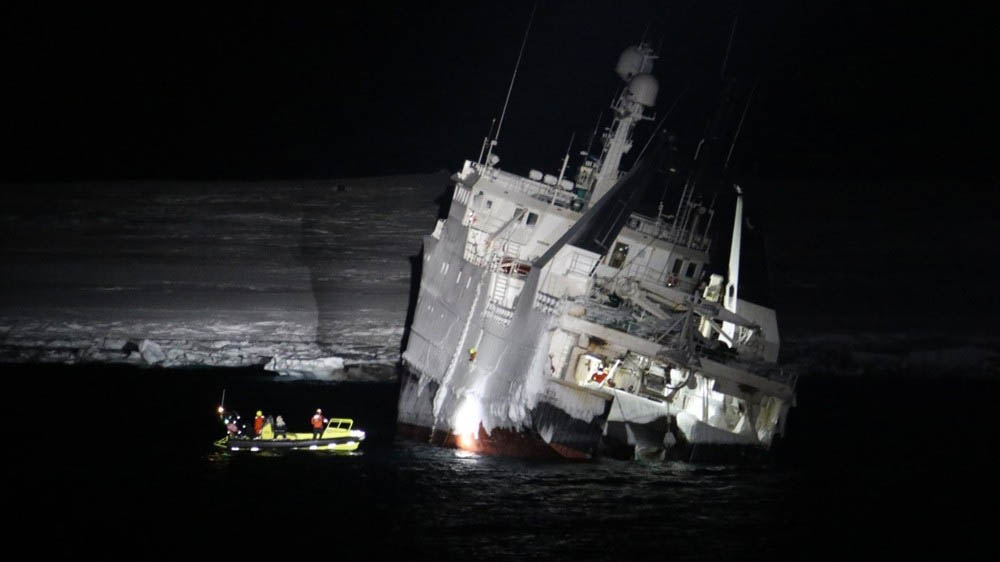 Removing a damaged fishing vessel stuck on an icy shore in north Svalbard will not be easy or quick – and the boat’s owner may have to shoulder most of the effort and cost due to limited government capabilities – but there appears to be no immediate environmental danger due to the slow progress, according to officials.

The Northguider foundered in a strait at Kinnvika on Nordaustlandet on Dec, 28, forcing emergency officials to rescue the 14 crew members by helicopter. The shrimp trawler is listing at an angle of 15 degrees, the engine room is filled with 700 to 900 cubic meters of water and there are 300,000 liters of diesel fuel on board.

The possibility of a fuel spell and/or the vessel coming apart are the primary concern of government and company officials assessing the scene during the days after the rescue.

“The water intrusion is so great that there is a danger that the boat will go down if it is pulled off the ground,” Rune Bergstrøm, a senior advisor at the Norwegian Coastal Administration, told Sysla. “They are now working on different options for how this can be done.”

Meanwhile, the ship appears secure and not in danger of sinking further, according to the agency.

The Norwegian Coast Guard icebreaker Svalbard reached the ship Jan. 3 – nearly two days later than originally hoped due to poor weather – and removed hazardous material including chemical and oil containers, Arne Birkeland, administrative director of Opilio AS, the ship’s owner, told Bergensavisen. Conditions during the day featured winds up to 40 knots, drifting ice and temperatures of minus 10 degrees Celsius.

The Svalbard returned to Longyearbyen after the partial salvage, but its ability to return to the scene to provide additional assistance is limited.

“We cannot hold onto the K/V Svalbard up here for all eternity, they have others tasks,” Birkeland said.

Opilio has hired the Dutch salvage company Ardent Global to assess and potentially conduct a private salvage operation, which Birkeland said will likely initiate with bringing a vessel up capable for unloading the trawler’s fuel so removing the ship itself is easier. He said he doesn’t know the potential cost, but options will be decided in consultation with his company’s insurance carrier.

The Governor of Svalbard and the Norwegian Coastal Administration will review the company’s plans to ensure environmental concerns are given high priority, according to a press release from the latter agency.

The incident is prompting a call among emergency officials and politicians to improve emergency capabilities in Svalbard, despite some significant upgrades during the past several years. The governor, for instance, acquired a new operations vessel and a second full-size rescue helicopter, but additional help during major incidents involves long response times from the mainland.

Such concerns have been a frequent topic of discussion involving everything from avalanche preparedness to cruise ship rescues. A year ago a five-year effort to draft an overall security plan for northern Norway was completed, with the recommendations including a permanent emergency base in Longyearbyen.

“Locally, for Longyearbyen’s part, the emergency preparedness is good,” said Tor Husjord, head of the Sarinor and the Maritime Forum Nord (MNF), which conducted the study, in an interview with High North News. “But if an accident happens at sea, or several accidents at the same time, then Svalbard will struggle. Imagine an accident up there with a cruise ship with 5,000 people on board. It will not go well.”

Forum officials are scheduled to meet with Parliament representatives Jan. 17 to discuss the Longyearbyen base, as well as other aspects of a two-year Svalbard project that will involve major rescue exercises in 2019 and 2020. 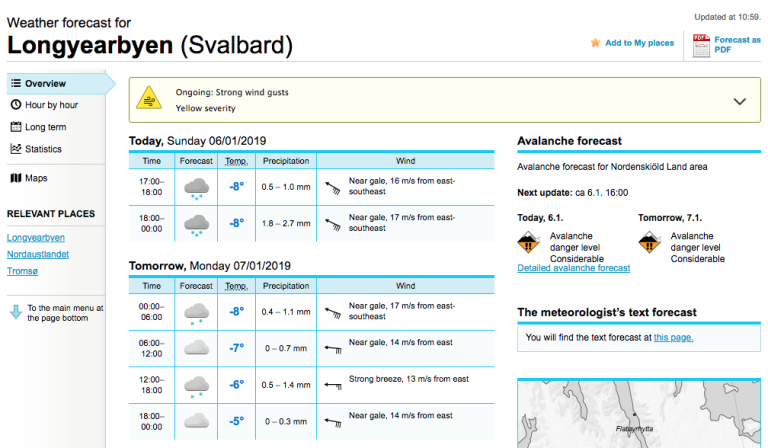 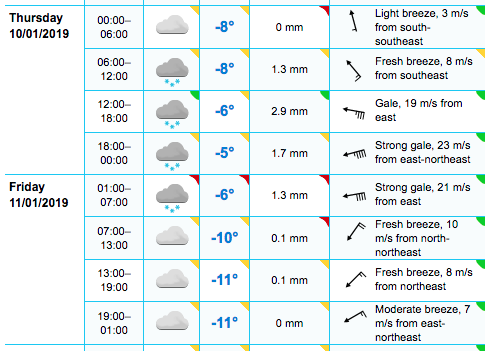