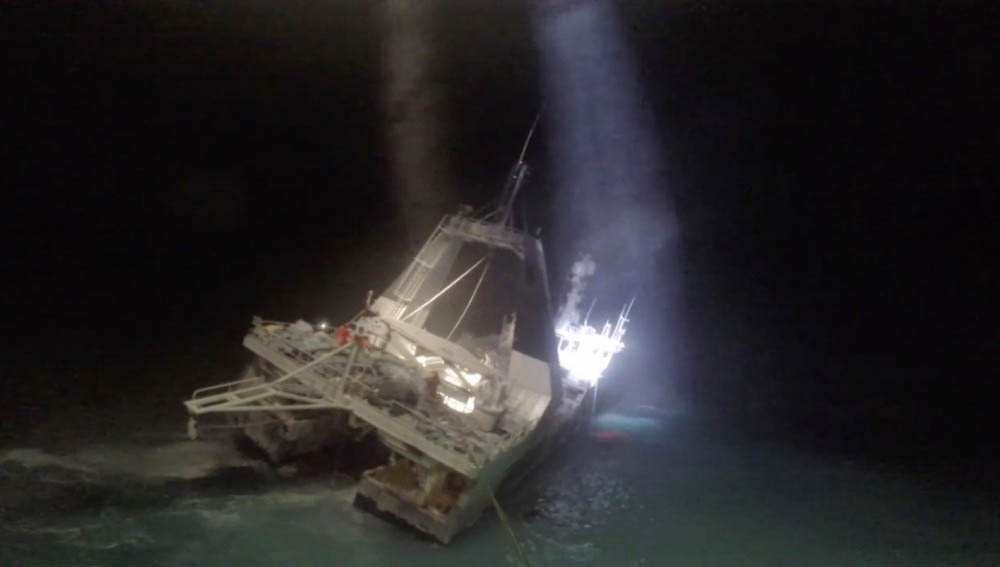 A fishing trawler stranded in the northernmost part of Svalbard appears intact three days after 14 crew members were removed by rescue helicopters, but officials conducting an observation flight by helicopter above the vessel Sunday said they are anxious to begin the challenge task of removing the vessel before the harsh conditions tear debris or fuel loose.

The Northglider is carrying about 300,000 liters of diesel after it ran aground in a strait between Spitsbergen and Nordaustlandet for reasons still under investigation. The boat was  listing heavily and crew observed holes in the hull during the evacuation, but despite taking on water it does not appear the vessel is in danger of sinking.

“It is only when we come on board that we will see how extensive the damage is,” Hans Petter Mortensholm, the officer in charge of emergency operations for the Norwegian Coastal Administration, told NRK. “It is therefore still too early to say how complicated this operation will be.”

A view of Northglider as seen by emergency officials Sunday. Video courtesy of NRK/JRCC

A removal operation is expected to take at least a few days and officials said it is urgent to begin as soon as possible given the difficulties that may be presented by the 24-hour polar night, potential winter storms, temperatures below -20 degree Celsius, and harsh features of the coastline and ice.

“Fortunately, we don’t often need to do such operations up there,” Mortensholm said. “Svalbard presents some challenges, such as weather conditions and ice formation, which we also have on the mainland. The ice is coming into Hinlopenstredet, but we still believe that we have time to reach it before it reaches the ship.”

The Norwegian Coast Guard’s Svalbard icebreaker rescue ship is scheduled to arrive at the scene at midnight Jan. 2 to begin the removal operation. The Svalbard will be carrying pump equipment to transfer fuel from the trawler to the icebreaker, as well as equipment to seal leaks on the fishing vessel while it is towed.

The Northglider is stranded in a protected nature area. While the diesel fuel it is carrying will break down relatively quickly, it still presents enough of a threat to be of immediate concern to officials.

The weather forecast at the rescue site during the middle of next week is generally favorable for beginning removal operations.

None of the crew members suffered serious harm from the incident, but Capt. Atle Forland told TV2 they endured a painful two-hour wait in minus 20 degree Celsius cold, strong winds and heavy snow.

“It is difficult to explain how the experience was when it’s such bad weather and so cold,” he said. “It is a difficult situation to be in. All respect to the rescue crew and crew who did a fantastic job.” 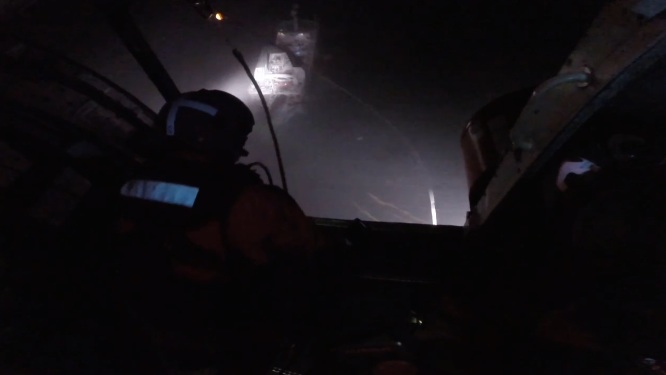 Previous post ‘At the very edge of the possible’: 14 crew members rescued in dangerous Arctic winter conditions from fishing boat in northeast Svalbard