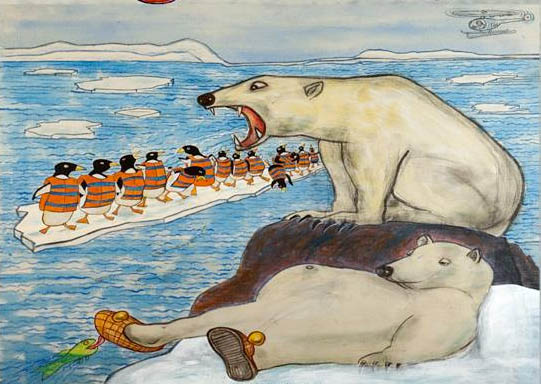 Mirek Wanek’s progressive rock lyrics are described as an “an axe for the frozen sea inside us,” so his band will be in a fitting setting when he fulfills his longtime dream of performing in Svalbard. But now he’s planning to take that proverbial axe far beyond the stage during a festival this week featuring scientific and artistic highlights by his native Czech Republic in the far north.

The festival, which translates in English to “At Home On Svalbard,” technically began with a couple of art exhibits that are on display at Galleri Svalbard and Svalbard Church between Aug. 21 and Sept. 13. But the main part of the festival is between Thursday and Sunday, with a multitude of scientific lectures the main focus during the first two days before shifting mostly to cultural events during the weekend (see end of article for full schedule of events and lectures).

“Because I really love north– and especially Svalbard – for many years I always dreamed about having opportunity to play there, but during the decades there was always lack of money (mainly) or time, but finally in year 2014 I visited Svalbard and met several people and introduced them my idea,” Wanek wrote in an e-mail.

“During our meetings in Longyearbyen with many other people (especially UNIS and Svalbard Church), the whole happening started to grow. Some other artists will be coming and even Scientistic Conference got involved, so now it could be so called ‘Czech Cultural and Scientific Days.'”

Wanek is the primary composer of the band Už jsme doma (“Already at Home”), which will perform a concert and release its new album “Floes” (the CD cover features a polar bear on ice menacing  over some obviously wayward penguins in life jackets) at 9 p.m. Saturday at Huset.  The band will also perform in Pyramiden during a day trip by boat there on Sunday.

The scientific lectures are scheduled between 10 a.m. and 5 p.m. Thursday at The University Centre in Svalbard, and 9 a.m.-12:45 p.m. Friday at Julius Payer House (the Czech research facility in Longyearbyen). Topics will include Czech research throughout both polar regions, as well as historic and cooperative projects with other countries.

Artistic events during the first two days include the presentation of the art project “Art Installations in the Landscape” by three women at Julius Payer House at 7 p.m. Thursday, the debut of the exhibit “Saami Myths and Legends” and a historical presentation at 3 p.m. Friday at Svalbard Church, and the opening of the exhibition “Inuit Myths and Legends through the Eyes of Martin Velíšek” by the artist at 7 p.m. Friday at Galleri Svalbard.

Saturday’s events include a lecture about Czech missionaries in the Arctic” by Tomáš Petráček at 11 a.m. Saturday at Svalbard Church, followed by three events at Huset.  A youth-oriented presentation by Wanek about Czech animated film is scheduled at 1 p.m., a musical puppet show titled  “Five Beats to a Hat” (featuring items crafted by local students during a workshop on Friday) at 3 p.m., and the concert by Už jsme doma.

The festival’s timing commemorates 25 years of Czech research in Svalbard, as well as numerous other historic occasions.

“August 21st is important date for Czech history, it was the day in 1968 when Soviet tanks (and another four countries too) attacked Prague and invasion plus 21 years of occupancy started,” Wanek wrote. “At the same time the Czech Republic (or Czechoslovakia) celebrates 100 years of its new age history. In year 1918 after 300 years of Austrian domination Czechs and Slovaks got their independent state. And in year 1993 Czech Republic as separate state started to exist, so it is 25 years. Many things to celebrate.”

Friday
• 9 a.m.-12:45 p.m.: Lectures. Julius Payer House (full schedule below).
• 2 p.m.: Cakes and Puppets – a workshop for the puppet performance “Five Beats to a Hat.” Longyearbyen School.
• 3 p.m.: Opening of the exhibition “Saami myths and legends” (Luboš Drtina) and a lecture (Zdeněk Lyčka). Svalbard Church
• 7 p.m.: Opening of the exhibition “Inuit Myths and Legends through the Eyes of Martin Velíšek” in the presence   of the author and UJD. Galleri Svalbard. 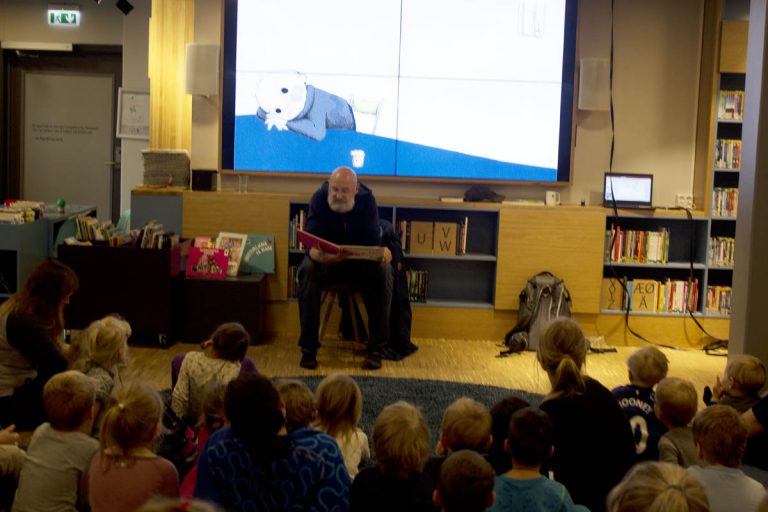 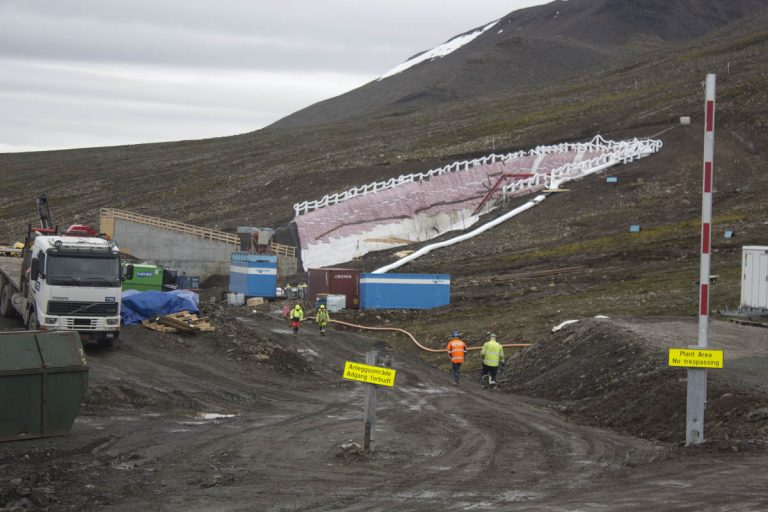 Next post Briefs from Svalbardposten for the week of September 4, 2018