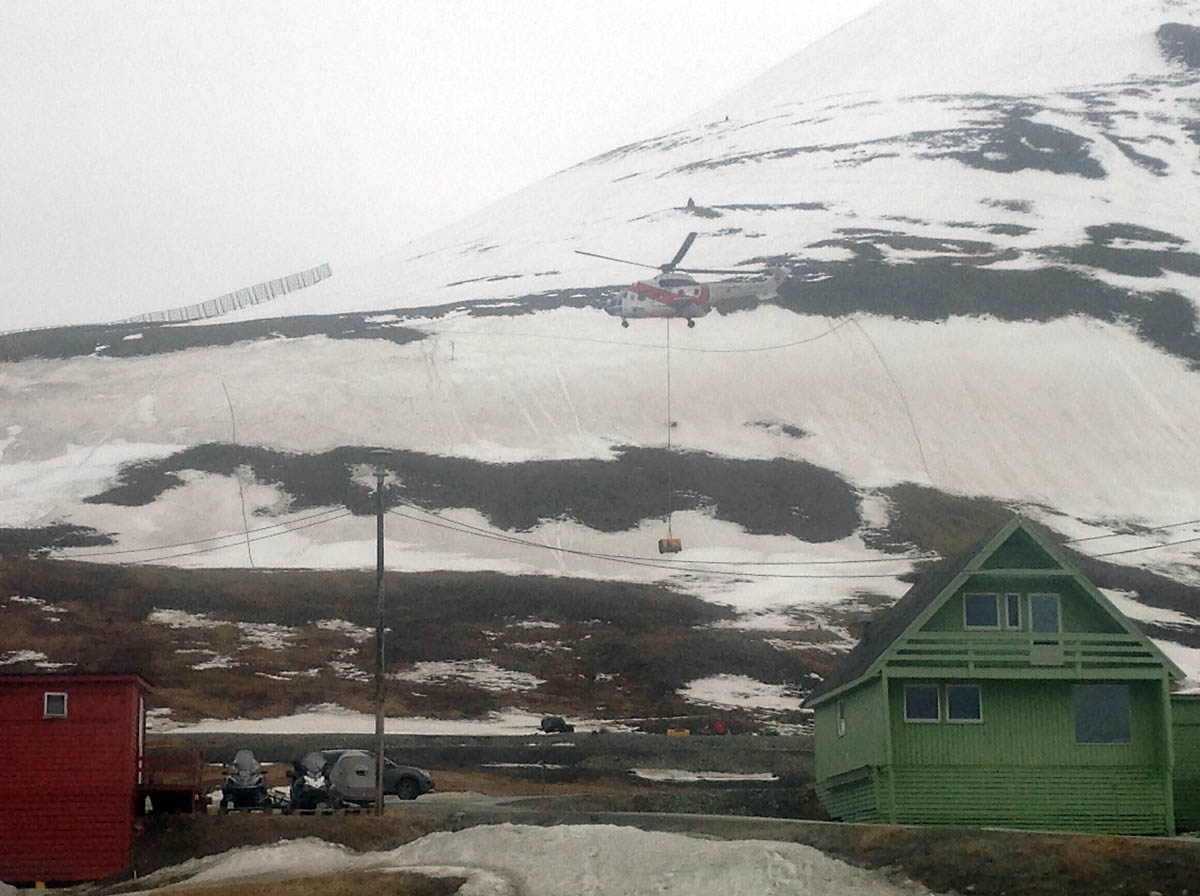 To a casual observer the helicopter activity a short distance above the rows of quaint homes might have seemed like a noisy neighborhood nuisance, but the loads it was lifting came from the exact spot where a massive avalanche swept away 11 of those homes and killed two people – and the goal is to ensure such a tragedy never happens again.One of the rescue helicopters belonging to The Governor of Svalbard began lifting steel supports from the base of Sukkertoppen on Tuesday that will be used to secure snow barriers being placed on the mountainside where two major avalanches that destroyed homes have occurred since December of 2015. The work on a series of barriers along the mountainside above the downtown neighborhood known as Lia began earlier this spring and is expected to continue during the coming months.

Helicopter usage to place the supports may also take place Wednesday and Friday, depending on flight conditions, and more flights will be necessary starting in a few weeks when the actual construction takes place, according to a prepared statement released by the city.

“We apologize for the noise inconvenience this causes, but we will limit the use of what is strictly necessary,” the statement notes.

The supports are being placed above the homes at Vei 230, where the largest of the two avalanches occurred, and Vei 228, when a subsequent snowslide in February of 2017 destroyed two apartment buildings.

Nearly all of the homes closest to the mountain in the neighborhood have been evacuated during months snow is present ever since. Studies by The Norwegian Water Resources and Energy Directorate have determined the structures – and many others further away from the mountain – are exposed to an unacceptable level of avalanche and landslide risk.

A report presented in March by the agency recommended spending 100 million to protect 37 residences and other parts of the city center with snow barriers. But it also declared there is apparently no practical way to protect about 140 more residences, meaning many of them will need to be demolish and residents relocated.

Norway’s government, in its budget for 2018 released Tuesday, allocated a total of 273 million kroner for Svalbard, Most is for new short-term housing and infrastructure, with a 27 million kroner allocation to Longyearbyen’s municipal government intended for demolition of at-risk structures as well as various infrastructure costs.

Previous post Hopen to get lucky: Polar bear couple ‘delight’ voyeuristic meteorological station staff as well as each other 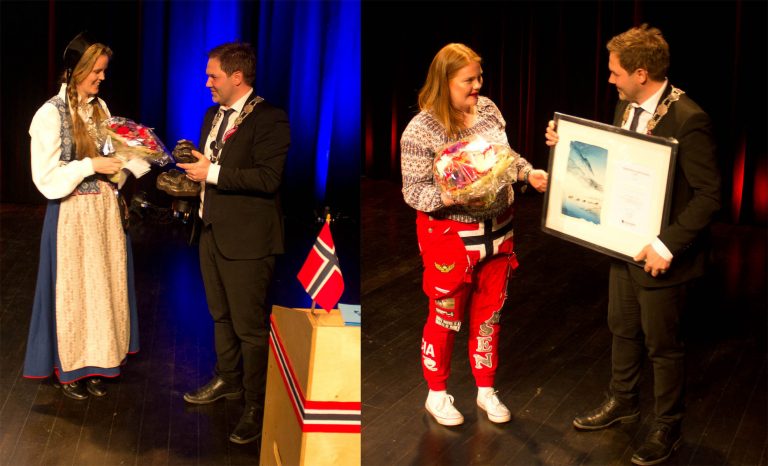