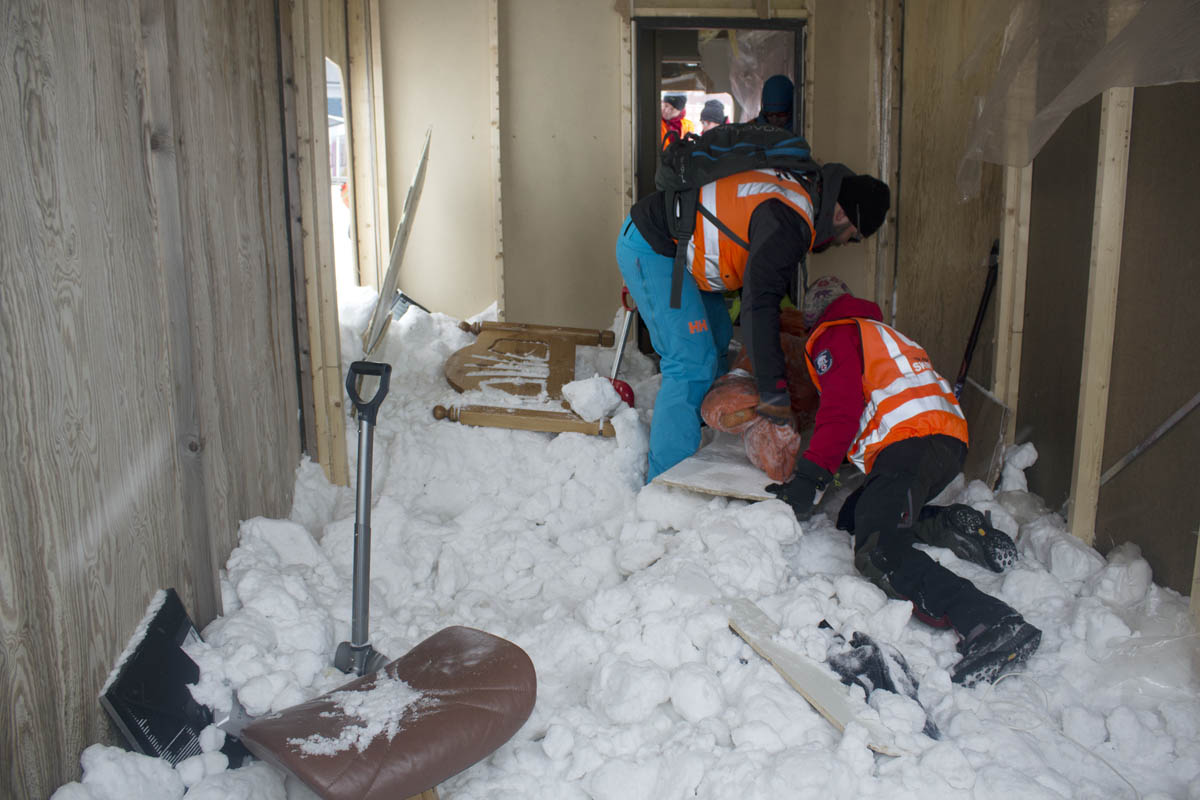 Rescuers frantically dug the human-like shape out of a tightly packed mix of snow and smashed bed debris, then one of them laughed when someone asked if they could guess the sex of the “victim.” After carefully loading the “body” – in reality a life-sized doll – on a makeshift stretcher consisting of a loose board among the debris they tossed it back in the corner, then shoveled snow and wreckage back on what apparently was a “her.”

Presumably not all of that would occur during a real avalanche rescue. But the hasty you’re-saved-you’re-not operation was part of an afternoon where about 40 Red Cross rescuers from Longyearbyen and the mainland divided into four teams to practice four different rescue aspects involving an avalanche submerging a residence and the surrounding area in snow and wreckage.

Avalanche training sessions involving groups from all of the country are a regular occurrence at various locations, said Nina Elisabeth Nerbø Storvik, head of the Longyearbyen Red Cross. But Saturday’s simulated rescue involving a buried structure is new, based on recommendations from mainland officials following an assessment of the Dec. 19, 2015, avalanche in Longyearbyen that destroyed 11 homes and killed two people.

“This is something that’s being emphasized now,” she said.

Martin Indreiten, a local Red Cross rescuer leading groups in a probe search of the snow in front of the “house” – which was actually a barracks, an SUV and some other items next to Longyearbyen School – said the exercise is significantly different than the typical practice that takes place on a mountainside.

“On mountainsides you don’t find a lot of timber and other (things),” he said.

Construction equipment was used to simulate an avalanche from a gigantic hill of snow plowed from roads that was dumped near the school, along with the various debris. The result was what appeared to be a snowslide that smashed a living/sleeping room next to the hillside and spilled out a few dozen meters on the opposite side.

Indreiten said the afternoon’s training was largely based on what was learned from the 2015 avalanche, much of which was improvised as rescuers faced an the enormous mass of snow with a limited number of trained rescuers, equipment and medical resources. The exercises outside the school were obviously more muted, with thorough briefing gatherings with individual groups before and after each drill, and the practice rescues themselves marked by a calmness that isn’t always present when real lives are at risk.

Indreiten’s group, for example, gathered in a line with their probes and carefully checked to make sure they were exactly an arm’s length apart before proceeding one step at a time in the snow debris and then stopping to probe on his shouted orders. On the opposite side another team with probes searched the “hillside” for signal-emitting locators.

Yet another team dug through the snowpack with their hands in front of the barracks where a vehicle was parked, while the fourth team tried to locate the a human-size doll that was the sleeping “victim.” 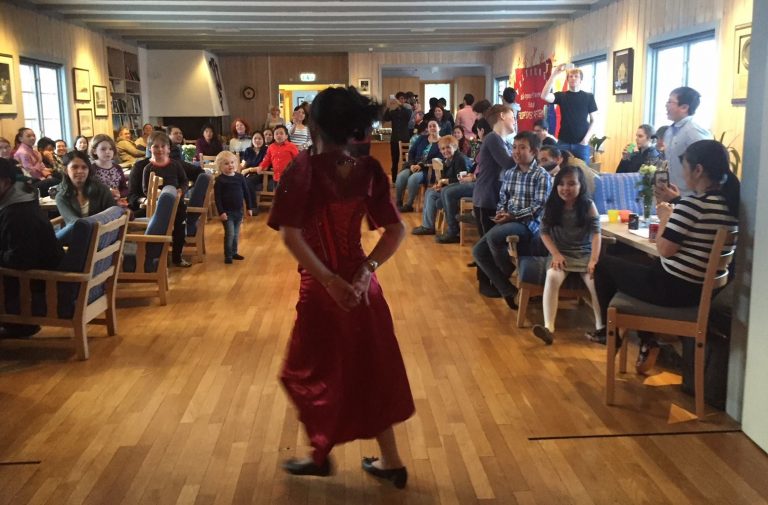 Previous post Increasingly international: Percentage of foreigners in Longyearbyen, Ny-Ålesund doubles in less than a decade 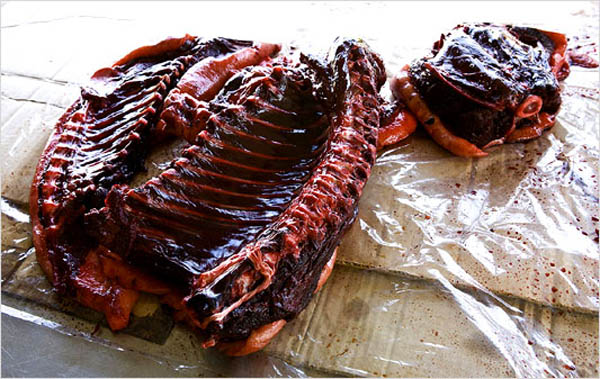 Next post Some locals are thinking about offering Canadian polar beat meat on menus. It isn’t going over well among residents here