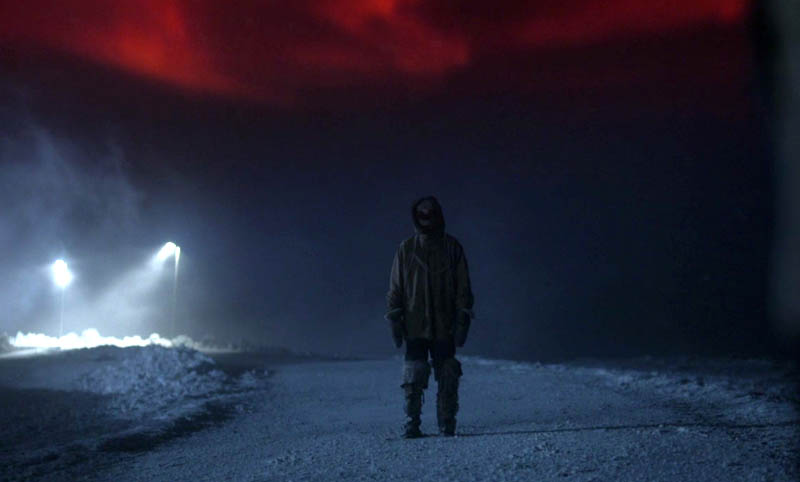 (Editor’s note: This article was originally published in the Jan. 17, 2012, issue of Icepeople. After filming two seasons in Iceland, the TV drama series “Fortitude” is filming its third and final season in Svalbard this month.)

For those worried about the murderer settling here, relax. For one thing, Longyearbyen doesn’t really have any donuts.

A trio of strangers is visiting town this week this week with twisted visions of death in their heads and apparently plan to make a serial habit of it, even if things aren’t entirely ideal for their scheme.

“This place frankly feels a little too big for us,” said Patrick Spence, who one might call a lead hit man for the Tiger Aspect family.

OK, it’s actually a British independent production company and Spence heads its drama label. But he’s just as deadly focused on the mission, which is to learn how a fictional Arctic community much like Longyearbyen can serve as the setting for a crime TV series with a healthy dose of surreality.

“Something like ‘Twin Peaks’ without the most extreme elements,” said Simon Donald, who is writing the proposed show, which has a working title of “Glimmer.”

So while the protagonist might have a fetish for donuts – or more precisely, those blandly stale plastic-wrapped multringers he or she probably won’t be encountering any doppelgängers or seed vault zombies.

“That’s the opposite of what I do,” Donald said. “I like to represent things from that world authentically.”

At the same time, “I’m very aware I’m fictionalizing because the community I’m looking for doesn’t exist,” he said.

Spence and Donald both have numerous shows and awards to their credit, with the 2010 drama series “The Deep” on BBC One featuring another fictionalization of Arctic science by Donald. The five-show series features the crew of a research submarine encountering death and mysterious conditions, with ghost ships, nuclear hazards and clashes with Russians factoring into the plot.

“I wanted to get back to doing a bold, original ideas thriller,” Donald said of the new series. “I was casting around for a world, a community that gave me elements I feel comfortable with.”

He sees the setting as a community largely closed off from the world, with tense resulting situations. He also emphasizes a “permafrost”  concept: “I have to have a thaw in a place that is unprecedented in human history.”

Characters might resolve around a patriarch in an ancient-but-dying profession, such as whaling, with modern-day descendants feeling the depravity of possessing little but the family name, Donald said. Some of that element is clearly evident in Longyearbyen.

“Coal brought people in, but other elements are now moving in and that’s really fun to play with,” he said.

But just using Longyearbyen or another small real-world town won’t do.

“It it turns out to be the dentist we’re (expletive)” because it will involve a specific well-known person, Donald said. “That happens to be true for every profession in town.”

Simon said they intend to make several return scouting trips beginning in spring, with visits to other small Arctic towns in places like Russia possible. But he said it’s a long brainstorming process and it could be two to six years before the show is aired, if indeed the project happens. 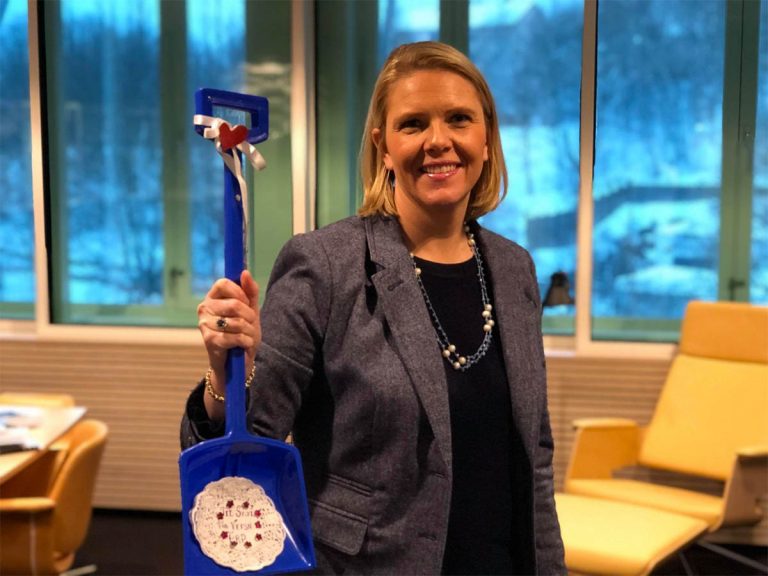 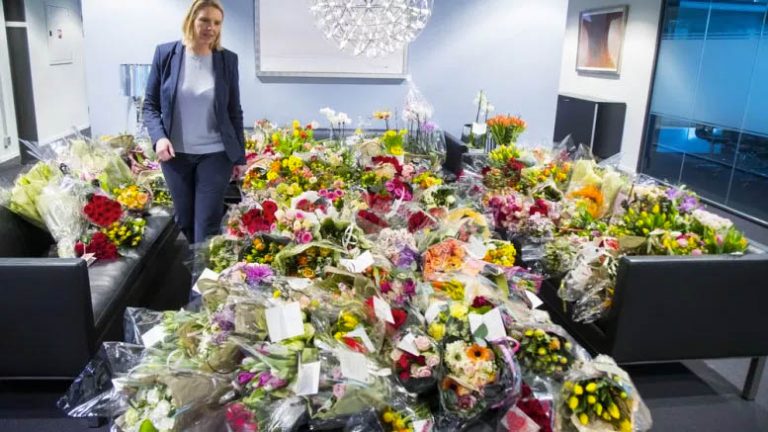 Next post Top government official says protecting life and health are vital for disaster-prone Longyearbyen; considering the government may collapse tomorrow, nobody cares