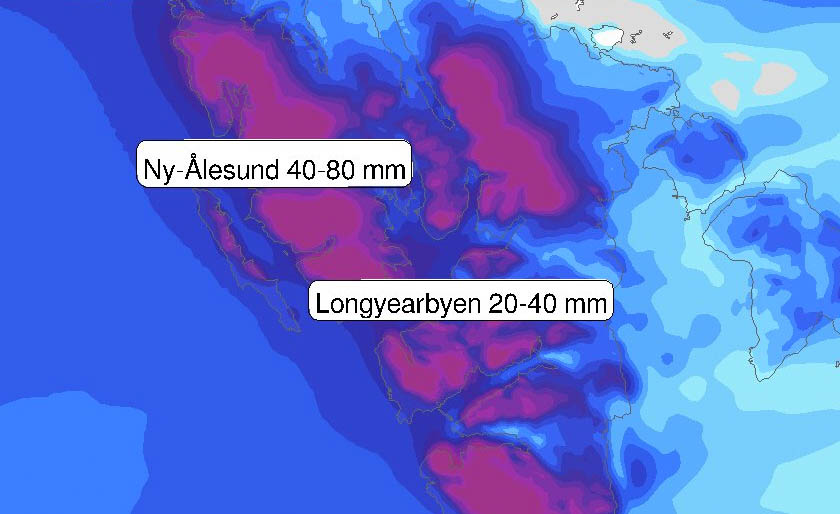 A storm is expected to dump up to 40 millimeters of precipitation – all or mostly rain – in Longyearbyen on Saturday, causing significant avalanche and flooding risks, according to an alert issued Friday by the Norwegian Meteorological Institute.

The alert period is  in effect from 1 a.m. Saturday until 6 a.m. Sunday. The forecast calls for “locally heavy rain with 20 to 40 mm in Longyearbyen. Temperature is expected at three to four degrees (Celsius) during the daytime, and precipitation as rain below 400-500 m. The rain is expected to decrease early Sunday morning.”

Longyearbyen’s temperatures on Saturday are expected to be among the warmest in Norway, according to the weather service.

The pedestrian bridge between Vei 220 and 200 was closed by The Governor of Svalbard on Friday afternoon due to flooding concerns, but no evacuation of homes in high-risk avalanches areas is planned.

“Slush avalanches may occur in Longyearbyen, but according to NVE’s assessments, these do not pose a threat to houses or other buildings,” a statement from the governor’s office notes.

The avalanche risk is likely to be highest in the mountains outside town, according to NVE’s forecast.

In addition, far more precipitation is expected is some parts of Svalbard outside Longyearbyen, including 40 to 80 millimeters in Ny-Ålesund, according to the weather service.

A mix of rain and snow kept Friday’s Norwegian Air flight from Oslo from landing at Svalbard Airport due to strong winds and a slippery runway. Svalbardposten reported the airline may attempt a new flight on Saturday, when it typically does not fly here, and an extra flight Friday is scheduled to depart Oslo at 4:30 p.m. and arrive at 7:30 p.m. 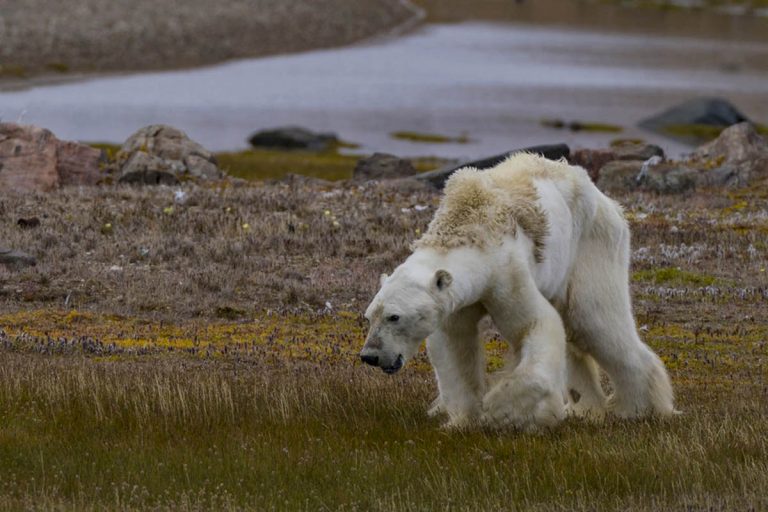 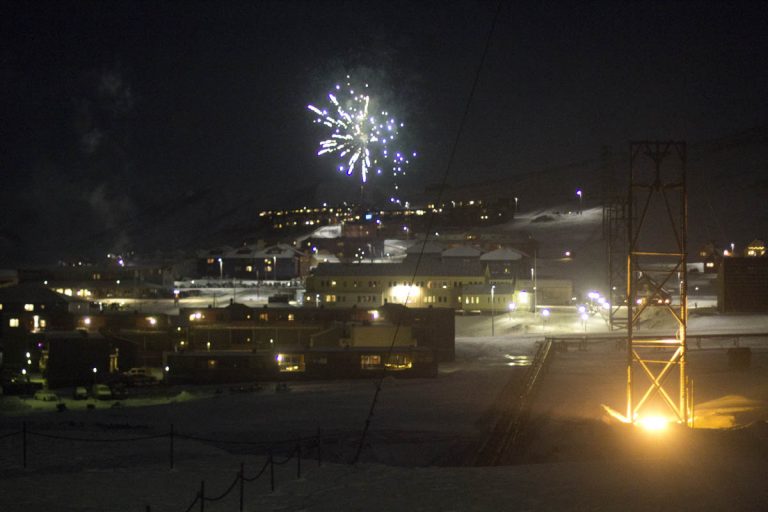 Next post Briefs from Svalbardposten for the week of Jan. 16, 2018