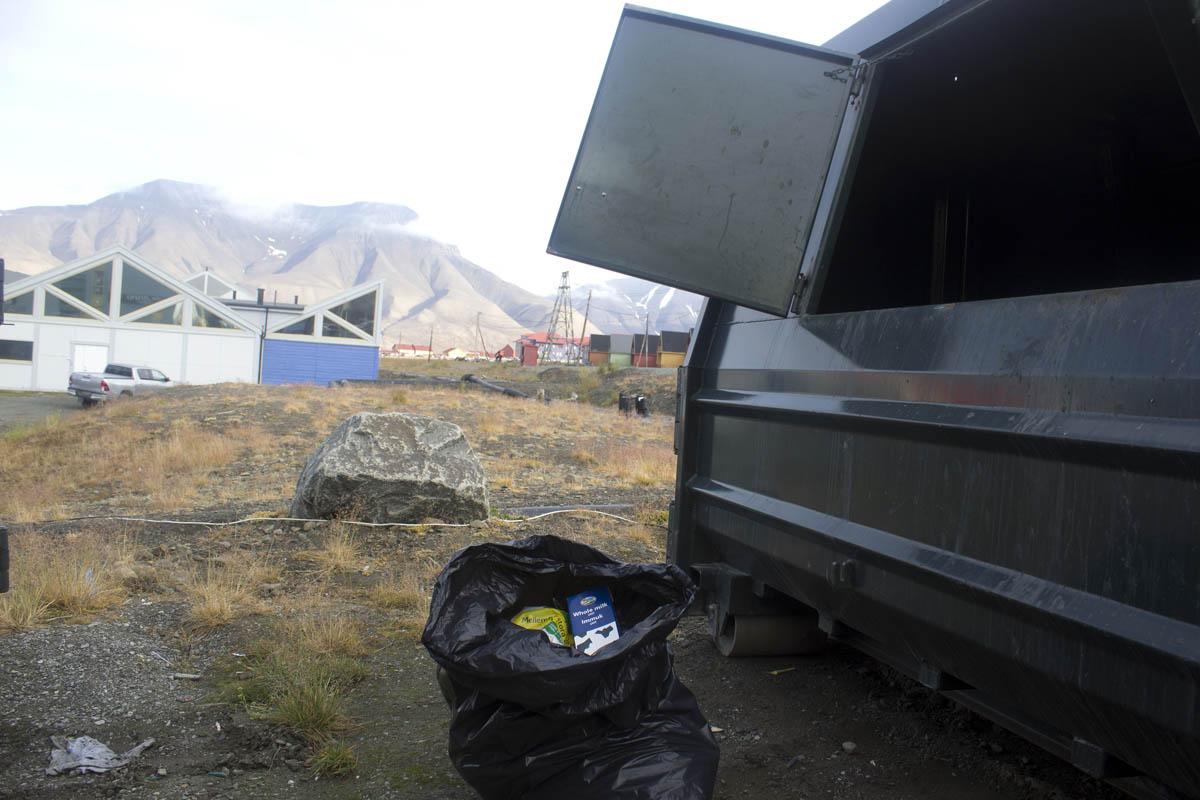 Or, if that’s too extravagant, just buy one of those five-kilogram bags of jasmine rice for 40 kroner and indulge in a healthy third-world diet for a month.

And if even that is too profligate, there’s always the crusts and other stray pieces of fresh bread people leave behind in the slicer.

Food for thought (a.k.a. tuition) might be free, but students beginning the fall semester at The University Centre in Svalbard in recent days are discovering food for the stomach definitely is not. Grocery prices that were already high compared to mainland Norway (and we all know what a bargain those are compared to the rest of the world) have increased substantially – and sometimes shockingly – in recent months.

Still, there’s plenty of stuff that’s remained consistently cheap – and some of the best bargains are found at places other than Svalbardbutikken. While most students and others seriously needing to stretch food budgets eventually figure out where to find what, the following is a comprehensive-as-possible guide based on my teetering-on-bankruptcy lifestyle after nine years of editing this fishwrapper (seriously – there’s been days most of my calories have come from that bread slicer).

One caveat: This guide does not include any dubious or outright illegal strategies ranging from dumpster diving (others have tried, hence the locks on the ones outside businesses – although someone was forgetful in the picture at the top of the screen), pretending to be a guest at a hotel breakfast buffet (or the free 4-6 p.m. waffles and cheese at a certain hotel) or snagging uneaten food off plates in cafes (the latter of which I was caught doing and scolded for so, yes, this is definitely a case of my writing about what I know).

So first here are a few general tips, followed by specific things to shop for at specific locations.

• Bargain/day-old food: Do a quick circuit of Svalbardbutikken, the Mix kiosk, Fruene and Rabalder sometime between 11 a.m.–noon for items mentioned in the individual listings below. More red-tag stuff can show up at Svalbardbutikken through the day (and a pass by the bread slicer is never a bad idea), while with luck Fruene and/or Rabalder might bag their day-old stuff just before the end of businesses for those in town around 5 or 6 p.m.

• Get to know the community calendars – all of them: Two of the best recent meals in Svalbard were free. One was a dinner of salad, soup, seal, reindeer and whale (all locally sourced), the other a basic meal of stew and bread (eaten on a beach far from town as part of a free scenic boat trip). The first was a community gathering to discuss locally sourced food, the second one of a series of free coastal cleanups scheduled to last until early September. And while ideally the events are of legit interest, obviously it’s up to individuals to decide if they’re willing to enduring events they can’t stand for some cake or something more filling (not to mention “look-and-shrug” moments where a bunch of strays at an art discussion carried out all the sandwich halves they could carry in napkins after seeing all-too-many of them left on serving platters).

• Find the day-to-day specials and be flexible: On the day this is being written, the best “bang for the buck” at Svalbardbutikken was 900 kilogram tubes of fishcake paste for 10 kroner. Only a few meters away you could buy fried fishcake slices for more than ten times the price from the deli. Much as those tubes of fish mush might make me morbidly queasy I’m at least open to how it since some other staple like rice and a few spices might work out in meal sense (a throwback to my own college days when I was trying to figure out how to make a meal of government surplus cheese, powdered eggs and cornmeal…hint: Red Lobster made billions using similar items with no thought of seafood).

Roughly in order of locations with the fewest items to those with the most:

The longtime foremost daytime gathering spot for locals, it may no longer be a favored spot for students because there’s no free public wi-fi due to the library moving to an adjacent building 50 meters away (not to mention the longtime absence of power plugs, which I suspect is not troubling management who gains more than they lose from an absence of campers. Furthermore, refills are free at the competing cafe next door. All that said, the fact I’ve used it as my primary office since moving here nine years ago hopefully is proof enough I have no quarter with a place for those who actually have a few quarters in their pocket. The day-old bread here is one of the best healthy calories per kroner in town, but like many day-old items it’s much less appealing on the second day without a zap in the oven.

• Bags of day-old baked goods (usually three or four croissants/sweet pastries, or about a half dozen rolls): 25kr.

The food options here have been all over the map from great to awful over the years (they seem to be more on the plus side these days), although my personal preference for the days when it was possible to buy a roll for 10kr., a slice of exotic cheese for 20kr. and unlimited coffee refills for 20 kr. are gone. Still, with free unlimited coffee refills and two strong wifi networks (the cafe and adjacen library, which has strict rules on where drinks are allowed) it’s a good bargain handout and the day-old pastries are pretty decent straight from the bag since they tend to be heavy on butter and/or other fats.

• Individual packs of ramen noodles, various flavors: 6kr. each, or 25kr. for five (a long-runnng, but probably limited-time special).

This convenience store radically expanded its opening hours recently, most notably staying open until 3 a.m. or so toward the end of the workweek and weekends. They’ve also been expanding their grocery stocks, including some gourmet items Plus it’s open during holidays and other periods when most stores are closed, making it a handy emergency options. Bargain hunters can put together a sort-of cheap meal (a 500-gram box of pasta and jar of pesto for about 50 kroner, for example), but expectations should be realistic. The day-old sandwiches in the deli case are a little-known item. especially since they tend to be stashed at the rear of the bottom shelf behind other items. But they’re a bargain compared to their 55-kroner fresh counterparts and lose little from the aging process.

Only a relative few steps away from UNIS and the new dorms, this small supermarket is paradise for those who believe college sustinance is all about ramen, crunchy snacks and easy-to-cook stuff to win over new friends/hookups. Nearly everything actually comes from Thailand, obviously, to help the large local Thai population feel more at home. The instant noodle selection (seven kroner per regular packet) is immense with vast options for noodle types and flavors. Snacks like crab chips and tempura seaweed might not be much cheaper than traditional potato crisps (30-40 kroner), but they’re a spicier option in all senses. But one of the more remarkable things is how many items (frozen meats and fish being notable examples) are cheaper than their identical counterparts at Svalbardbutikken.A two-kilogram bag of frozen chicken leg quarters costs 65 kroner at the Thai shop, for example, compared to 129 kroner at Svalbardbuttken. And while you’ll pay more for a five-kilogram bag of rice to go with the poultry, the owner is adamant about the quality of the imported Asian brand being vastly superior to the generic brand at the competition that’s 20 kroner cheaper (which, on a per-meal basis, isn’t saving much).

OK, time for the long itemized list, grouped roughly in order of the time of day normal people eat stuff (which means the sorting is basically useless for university students and wannabe inebriated editors). Certain base items like flour, sugar, species, milk and such are omitted since there’s not much to comparison shop for unless you’re one of those “special needs” shoppers (in which case prices can be outright outrageous). Also omitted are essentials like coffee since, while it’s possible to buy generic brands dirt cheap, even deadbeat drinkers draw the line at downing stuff that tastes like dirt. Finally, the list doesn’t always feature the cheapest possible item since sometimes paying a few kroner more means getting a vastly superior product (example: a one-kilogram bag of X-Tra muesli costs 17.5 kroner verses 23 kroner for 750-gram Co-op bag, but the latter has twice the fruit and a better balance of other stuff, which matters if that bag is going to be your morning munching for a week or so).