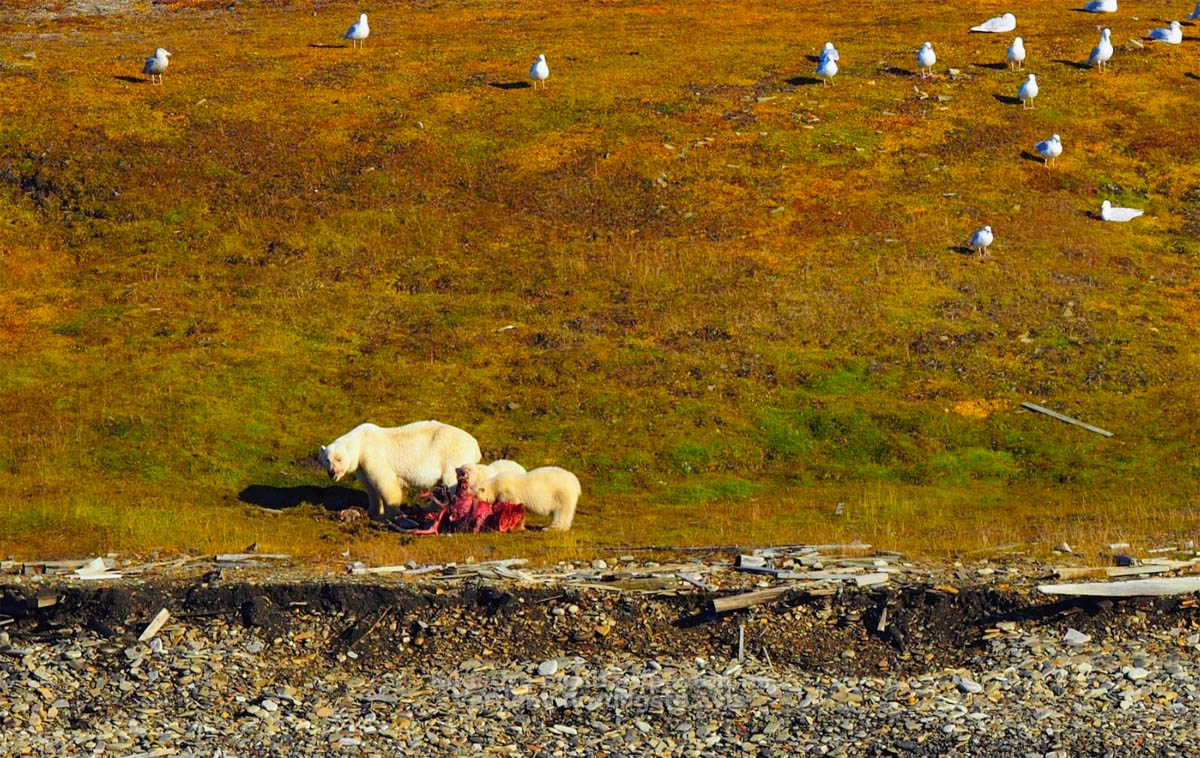 A mother polar bear and two cubs lingering for several hours in a cabin area across the channel from Longyearbyen were chased away Thursday evening using a helicopter, according to The Governor of Svalbard.

The bears were spotted by numerous locals and visitors, either from boats or from Longyearbyen using telescopes and high-power camera lenses. The animals wandered into Carolinedalen on Thursday morning, forcing a group of German scientists to evacuate the area, and then progressed to Revneset where they found a reindeer carcass to feed upon.

Officials from the governor’s office, after contacting polar bear experts at the Norwegian Polar Institute, decided late in the day to use one of two rescue helicopters to chase the bears back the way they came, according to a prepared statement.

“We did this primarily to prevent the mother bear and the cubs from taking up residence in a cabin area so close to Longyearbyen,” said Gov. Kjerstin Askholt.

The mother bear, which is marked with a research tracking tag, has visited Isfjorden repeatedly in recent years, and it appears she and her cubs are the bears who visited the area almost exactly a year ago. That visit forced the early cancellation of an archaeological project at the historic Longyear City mining settlement.

The bears may also be the same trio that ransacked a campsite on Aug. 10, forcing the kayakers there to retreat to their boats.

“We had a female polar bear and her two cubs wandering into our camp,” wrote one camper who posted a YouTube video of the encounter. “Fortunately we were just doing the dishes at shore, so we were at about 50m away from them. It took them about an hour to leave, after having searched through our stuff, looking for food.” 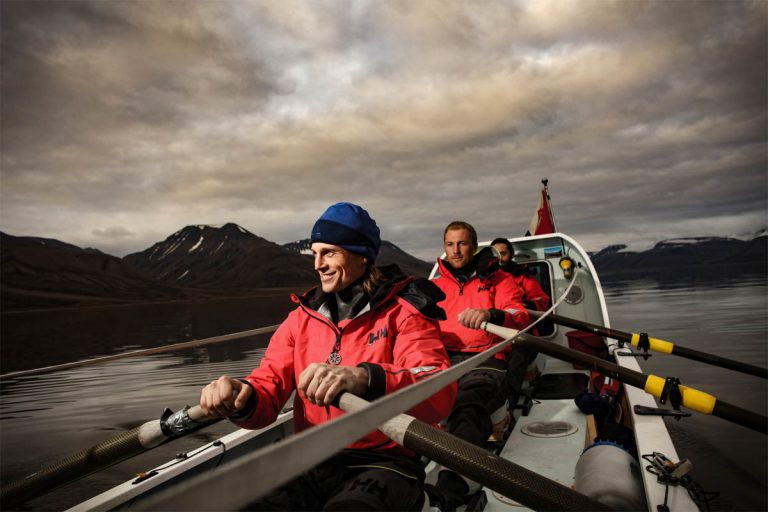 Previous post ‘I’ve never been so wet and cold’: Poor weather and illness ends month-long attempt to row from Svalbard to Greenland 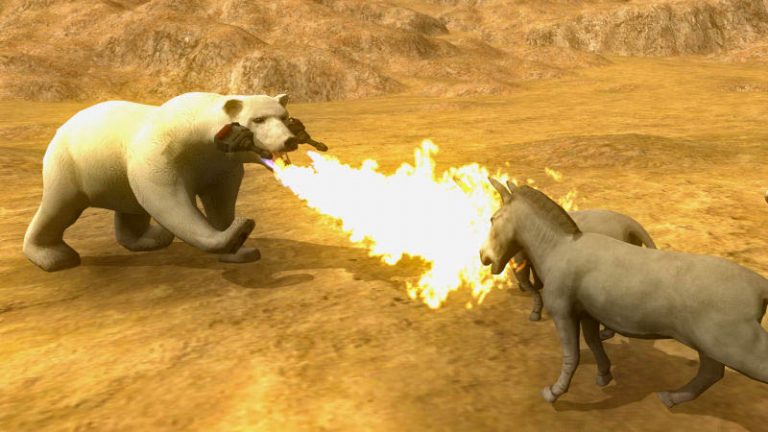