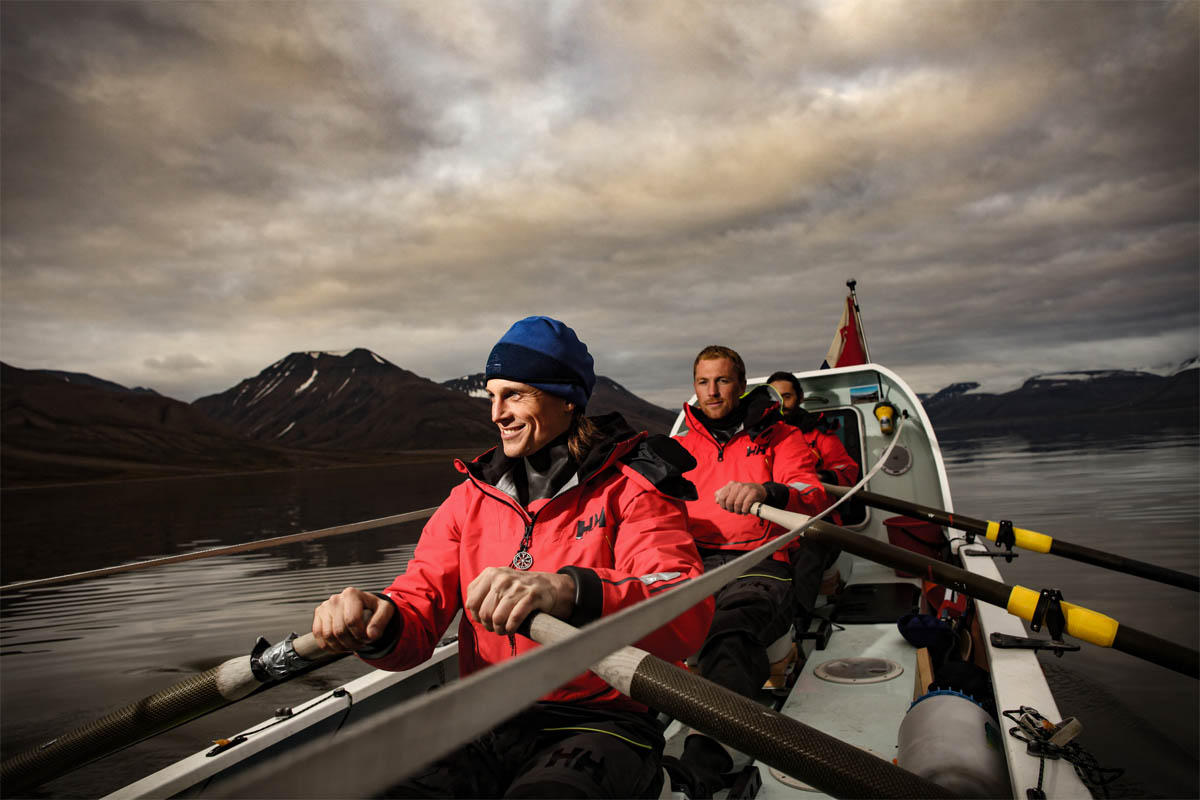 Even two days after the world declared the historic attempt to row across the northern Atlantic over due to a disabled boat and ill crew stranded by weather on a nearly deserted Arctic island, expedition leader Fiann Paul was refusing to give up.

Members of The Polar Row, who made a first-ever paddle from Tromsø to Longyearbyen before setting out for Greenland via the edge of the Arctic ice sheet, acknowledged this weekend on the expedition’s Facebook page and to global media their month-long quest was over – and it would probably be another week before they could be rescued due to conditions. Even so, the mood among most of the members was  “extremely happy and healthy” at what was achieved.

“A successful expedition is also one where everyone goes home safe and in good health to their family and friends,” Carlo Facchino, one of the rowers of the skinny 10-meter-long custom boat, wrote on the expedition’s Facebook page. “With that, our expedition now comes to an end having achieved the ultimate in success.”

But Paul, captain of The Polar Row, retained the mentality he emphasized when declaring the expedition one more of persistence than rowing skill (hence the hiring of a person who responded to an online ad who had no experience at all).  He tried to have a fresh brought to Jan Mayen, the island where the boat was stranded, but flight restrictions made that impossible.

“I am really frustrated I couldn’t get new crew in,” he wrote in a Facebook post at midday Tuesday. “It was all I needed to complete this last part of the route. Regardless of that, the project was a spectacular success. We missed one record but we got 11. Looking at the entire project I can proudly say that there will be no other ocean row that successful ever again.”

Paul, in an e-mail to The New York Times, insisted he will attempt a similar expedition in the future.

“We will row again,” he wrote, “maybe an even bigger route than this one.”

Paul and four others set out from Tromsø on July 20, hoping to reach Longyearbyen in 12 days but instead shocking themselves by completing the 965-kilometer journey in seven. At that point they exchanged a few crew members, increasing the total number to six, and set out Aug. 7 for the scheduled 22-day trip to Greenland hoping to take advantage of the lessons already learned.

Team members alternated two hours rowing and two hours resting in the tiny cabins at either end of the boat, the roofs of which were covered with solar panels to power navigation and other equipment. But one constant – regardless of rowing or resting – was everyone was wet and cold.

But the weather turned overcast soon after and the boat’s solar-powered batteries were drained five days later. The failure of the navigation equipment forced the team members to reply on manual steering and, in a Facebook post a few days later, they announced they were heading for Jan Mayen to take refuge.

“‘We never seem to be getting very far, nothing changes,” wrote Alex Gregory, a U.K. rower and two-time Olympic champion, in a Facebook post Aug. 17. “I’ve never been so wet and cold. It’s seeping into my bones, there is absolutely no escape from it. Two degrees, 99 percent humidity, nothing will dry. I have to wait for land. It’s getting worse though, the colder I get, the more I have to work during my shift, the sweater I get, the wetter I get, the colder I get.”

They reached the volcanic island on Aug. 19, which is inhabited by about 20 members of the Norwegian Armed Forces and the Norwegian Meteorological Institute at a base there. Members of the expedition wrote they “couldn’t be warmer” at the treatment they received from base officials, but four crew members were ill and struggling to keep food down during the first few days.

“The hospitality has been unbelievable — they’ve saved our lives,” Gregory said in a video on his Twitter account.

Despite falling short of their overall objective, the expedition claims it achieved 11 of the 12 records attempted, including the northernmost latitude by a rowing vessel, first to row the Arctic Ocean south to north and the biggest crew to row the Arctic.

Because planes can’t land at Jan Mayen, it’s not certain when the rowers will be able to return home.

“There is news that a boat may be coming past next week that may have space on board for us,” Gregory wrote Saturday. “Hopefully they will be willing to allow us to jump aboard and begin the journey home.” 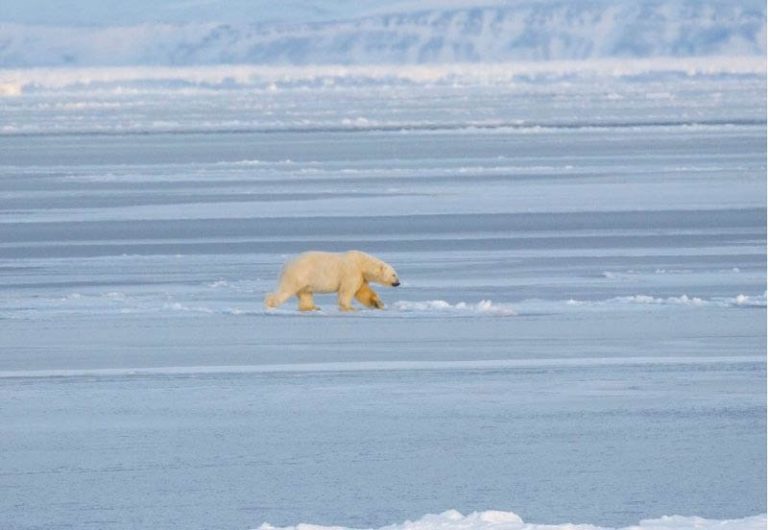 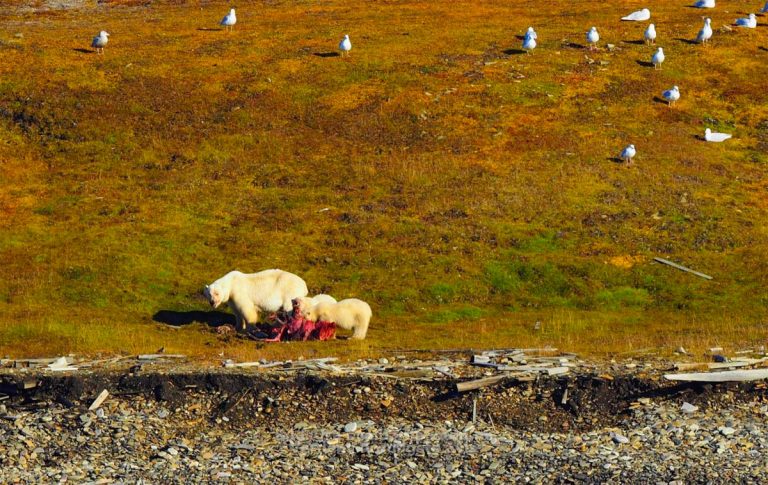 Next post Just the usual summer visit: Mother polar bear returns to familiar turf near Longyearbyen w/ cubs before being chased away