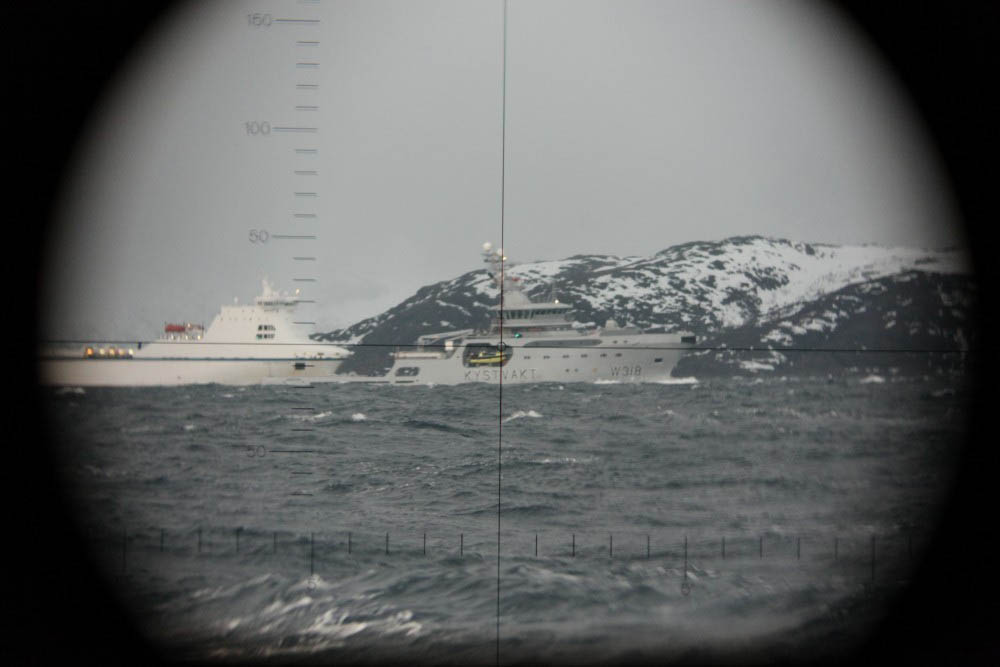 Russia’s banning top Norwegian leaders from entering the country. Norway’s accusing a group with ties to Russian leaders of hacking high-level agencies. Svalbard Airport is facing the loss of nearly 10 percent of its income due to angry Russians sometime in the near future. And European are leaders eager to learn why the two countries get along so well in the Arctic.

It’s all just part of the latest round of blows, pledges of friendship, back-stabbing in a playground fight that began two years ago when a top Russian official made a rogue visit to Svalbard. While the short-term real-life local impacts are largely abstract and theoretical, it may mean another tumultuous spring for those involved with expeditions and other activities near the North Pole starting a little more than a month from now.

“We expressed protest and stated that we find the Russian decision unfair and unfounded,” Brende said in a prepared statement. “We asked the Russian authorities to reconsider the decision and hoped that it will be possible to find a solution, as this concerns an official invitation of a foreign affairs and defense committee head.”

Russia’s foreign ministry, in a response, stated the visa denials were in response to sanctions imposed by Norway in 2014, which include a ban on several top officials due to their role annexing a portion of the Ukraine.

“We would like to stress that the Russian measures were a response to Norway’s actions,” the statement notes. Russia has no intentions to wage a ‘war of lists’ either at present or in the future.”

The ban on Russian officials was symbolically challenged when Deputy Prime Ministry Dmitry Rogozin made a high-profile visit to Svalbard in the spring of 2015, sending out Twitter pictures with taunting messages from the airport and Barentsburg. Rogozin’s visit was legal because of the more lax entry requirements in the Svalbard Treaty at the time, prompting Norwegian officials to tough the entry rules to include persons banned on the mainland.

The updated rules also required airlines to submit detailed lists of passengers and cargo 48 hours in advance. That threw last year’s North Pole expedition season into chaos due to unusually warm weather that caused numerous problems with the runway at the Barneo ice camp, a Russian-operated facility at 89 degrees latitude north whose logistics and transportation largely operate out of Longyearbyen.

Barneo was only open for expeditions for 11 days last year – less than half of a typical season – resulting in numerous cancelled and shortened trips. Officials in charge of the camp said at the conclusion of the season they planned to move logistics operations to Franz Josef Land, an archipelago several hundred kilometers northeast of Svalbard.

Barneo-related activity in Longyearbyen is responsible for about 20 million kroner in total revenue annually, including nearly 10 percent of Svalbard Airport’s income, according to local tourism officials. But Ronny Brunvoll, director of Visit Svalbard, said he was told by Russian officials in November the facilities in Franz Josepf Land remain inadequate to support the logistics necessary for such flights. A check of several companies offering ski and other expeditions to the North Pole shows none have altered itineraries that depart from Longyearbyen for this spring.

Scientific research and military training also take place at the camp, with Russia shifting its primary emphasis to the latter in recent years with deployments of hundreds of troops. While most are transported directly from Russia, more accusations of provoking Norway were made last spring when a group of Chechen paratroopers landed and took pictures during a cargo transfer at Svalbard Airport, which some policy experts called a violation of the prohibition on military activities in the archipelago (Norway took no formal action).

The Norwegian government, in its annual threat assessment report for 2017 released earlier this month, asserts one of Russia’s top goals this year is strengthening its military and industrial presence in the Arctic while preventing other nations from taking advantage of opportunities made possible by the shrinking ice sheet. The assessment states economic stability will be Russia’s main challenge as it seems to establish permanent installations, making the seasonal ice camp at Barneo a vital part of the country’s goals.

“The base will be used heavily as a symbolic arena to assert Russia’s role as a cutting edge Arctic player both militarily, and in the tourism and research,” the report states. “The promoting of  this base will, moreover, mark a form of ownership of the North Pole.”

The report also cites increasing concerns about Russian espionage activity. A couple of days after Russia denied visas to Norwegian ministers for the scheduled Moscow trip, Norway accused hackers with Russian ties of a cyber attack on the foreign ministry, army and other institutions.

Nine different e-mail accounts were targeted in an attempt at what is called spear phishing, in other words, malicious emails,” said Arne Christian Haugstoyl, an official with Norway’s intelligence service, in an interview with TV2.

Martin Bernsen, a spokesman for the intelligence agency, told Verdens Gang there was “no reason to believe that classified information had been obtained in connection with the attack.”

The group, known as APT 29, is also accused of hacking that influenced the U.S. presidential election in favor of Donald Trump.

But while Norway is keeping a nervous eye on Russia’s increasing military activities to the north and east – and Russia is objecting to the recent deployment of about 300 U.S. Marines above the Arctic Circle on mainland Norway – the relationship between the two countries is of relatively envy by other countries in Europe also imposing sanctions on Russia.

Brende, addressing the foreign affairs committee of the European Parliament at about the same time the visa snafu was developing, said Norway and Russia have managed to cooperate in some areas because Norwegian leaders don’t believe Moscow wants to achieve the same thing in Arctic as it does in other parts of Europe such as the Ukraine and Baltic States.

Among the recent agreements, for example, was allowing each country to conduct seismic testing – which might be used for oil exploration – along the entire Barents Sea boundary, which extends well north of Svalbard.

“We have been able to continue co-operation in the Arctic, because it is in Russia’s interest,” Brende told the committee.

At the same time, Norway in recent reports has called its military insufficiently staffed and prepared if Russia were to attack. Brende told the committee that he expects backing from NATO in a conflict, but “we have to take more responsibility for our own situation.”