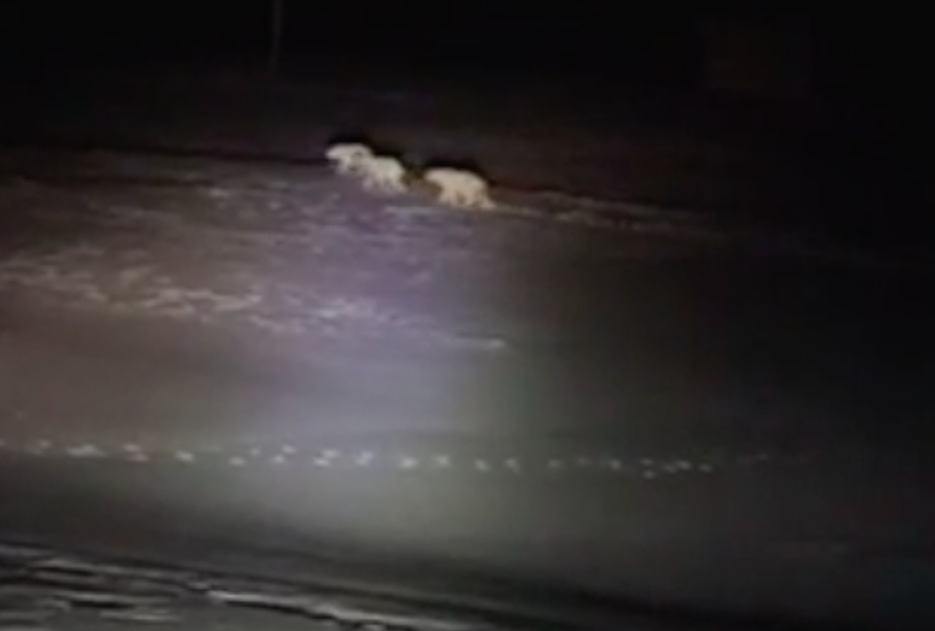 OK, this time they’ve really been chased far enough away from town to keep them from returning.

Or so say/hope officials working for The Governor of Svalbard who spent all of Sunday night chasing a mother polar bear and her two cubs from dog kennels at the edge of Longyearbyen all the way to Van Mijenfjorden. The coast of the fjord south of town is perhaps 40 kilometers away as the crow flies – but a lot longer for bears, snowmobiles and others navigating the highly mountainous terrain.

A helicopter and two snowmobiles were used to chase the animals, with a polar bear expert from the Norwegian Polar Institute telling the governor’s office the animals should not be pushed too hard.

“The whole night was spent escorting these three away from Longyearbyen,” Police Chief Lt. Arve Johnsen told Svalbardposten. “They went at their own pace and took breaks along the way.”

The bears have been spotted numerous times in the vicinity of Longyearbyen during the past ten days. The initial observations of footprints and the animals themselves were at a cabin about 25 miles east of Longyearbyen on Jan. 13, and then near Mine 7 and other areas about 10 kilometers of east of town during the next couple of days. Police with the governor’s office chased the bears away three times during the initial encounters, although poor weather prevented the use of a helicopter during the final effort during the night of Jan. 16.

But the bears persisted and entered the city limits of Longyearbyen early the following morning, with one resident spotting them near the dog kennels and then in a residential area on Vei 238 at about 5:30 a.m. The animals then wandered toward The University Centre in Svalbard before departing town on their own.

The governor urged people to notify officials about any possible sightings and on Saturday afternoon three tourists reported seeing two polar bears in Adventdalen, according to Svalbardposten. Police responding to the scene determined the animals were reindeer, a mistake Johnsen called understandable in the darkness of polar night.

A day later, the trio of bears was again seen for real near the dog kennels heading in the direction of the main part of town. Researchers and residents have stated it is likely the bears are seeking food since they are well away from traditional hunting areas.

Previous post Dialing it up a notch: Landslides, mining shutdown, record rain and heat among Svalbard’s 11 biggest stories of 2016 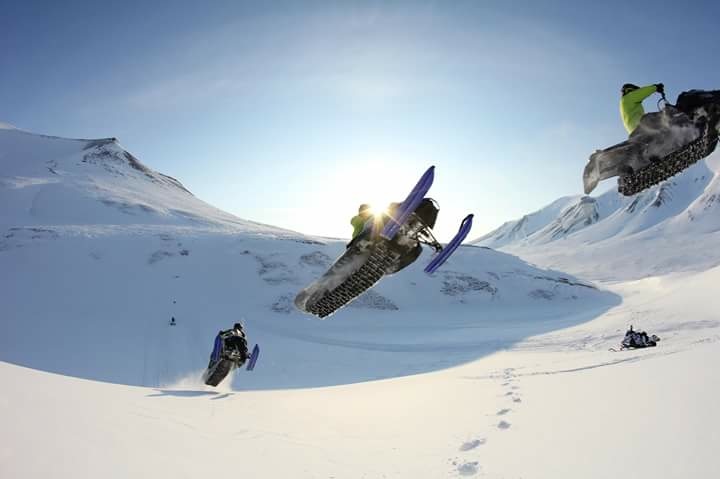 Next post Briefs from Svalbardposten for the week of Jan. 24, 2017