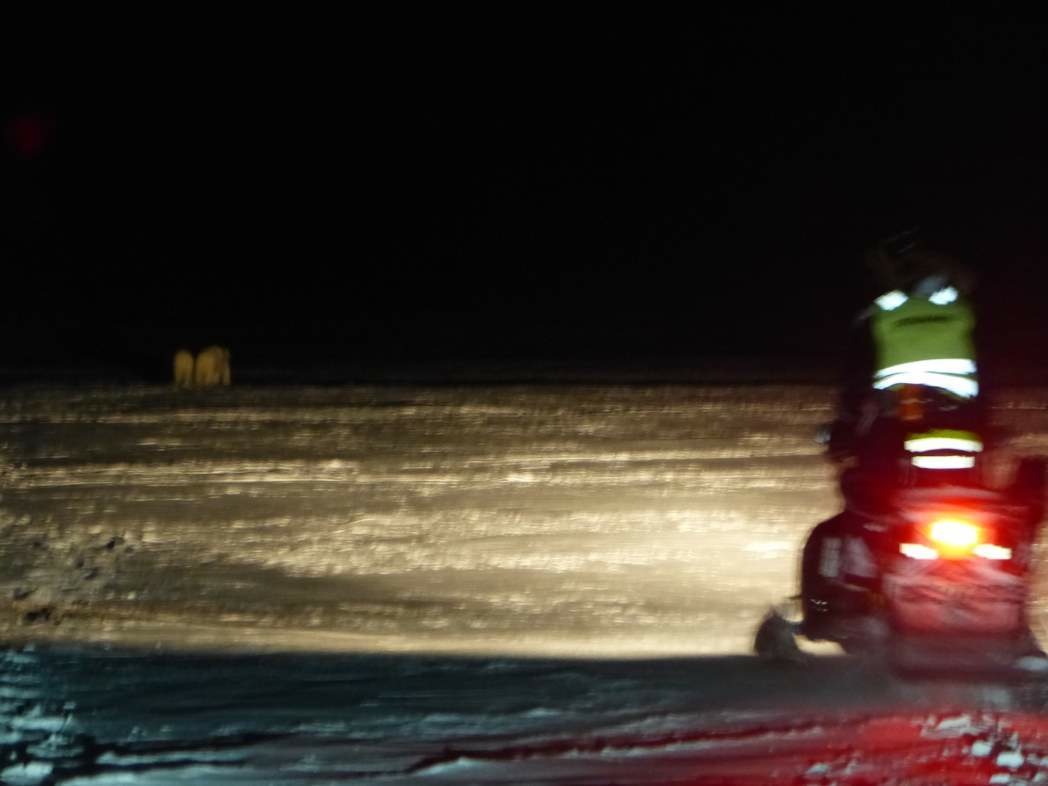 Tracks from a mother polar bear and two cubs were discovered within the city limits of Longyearbyen early Tuesday morning, the latest of several visits near town since Friday despite efforts by officials to chase the animals away, according to residents and The Governor of Svalbard.

Tracks were spotted near homes along Vei 238 at about 5:30 a.m., according to Madá Våtvik in a post on her Facebook page. More tracks were spotted at Endalen, next to UNIS, at about 6:15 a.m., Gov. Kjerstin Askholdt said in a prepared statement.

“After that we saw tracks at Kuhaugen and Isdammen, suggesting that the bears are heading out of town again,” Askholdt said.

Numerous officials from the governor’s office are monitoring the area, but heavy snow and high winds are severely limiting visibility. Askholdt said people in the area should exercise extreme caution.

“I don’t have a complete overview of cabin owners, but they tend to be cautious and are used to staying in places with polar bear danger,” she told NRK. “People take it very calmly here. Most people are concerned about animal welfare and that we should not chase them too aggressively. I have not heard that anyone is worried or scared.”

Tracks from the three bears were first spotted about 25 kilometers outside Longyearbyen last Friday. Officials located the bears shortly after midnight Saturday about 10 kilometers from town, chasing them away using a helicopter and snowmobiles. The animals returned near town Sunday and officials spent hours chasing them further away, but the bears were seen again near Mine 7 on Monday. Askholdt noted in a statement issued at 10 p.m. Monday the bears had again been chased away toward Revneset.

The governor’s office has been working with polar bear experts with the Norwegian Polar Institute to determine the best way to handle the animals. Officials have in the past tranquilized persistent visiting bears and flown them to far corners of Svalbard, but Askholdt told Svalbardposten that option would be far more complicated in this instance since three animals are involved.

Previous governors have, as a last resort, ordered polar bears to be killed when other efforts to keep them from settlements have failed. 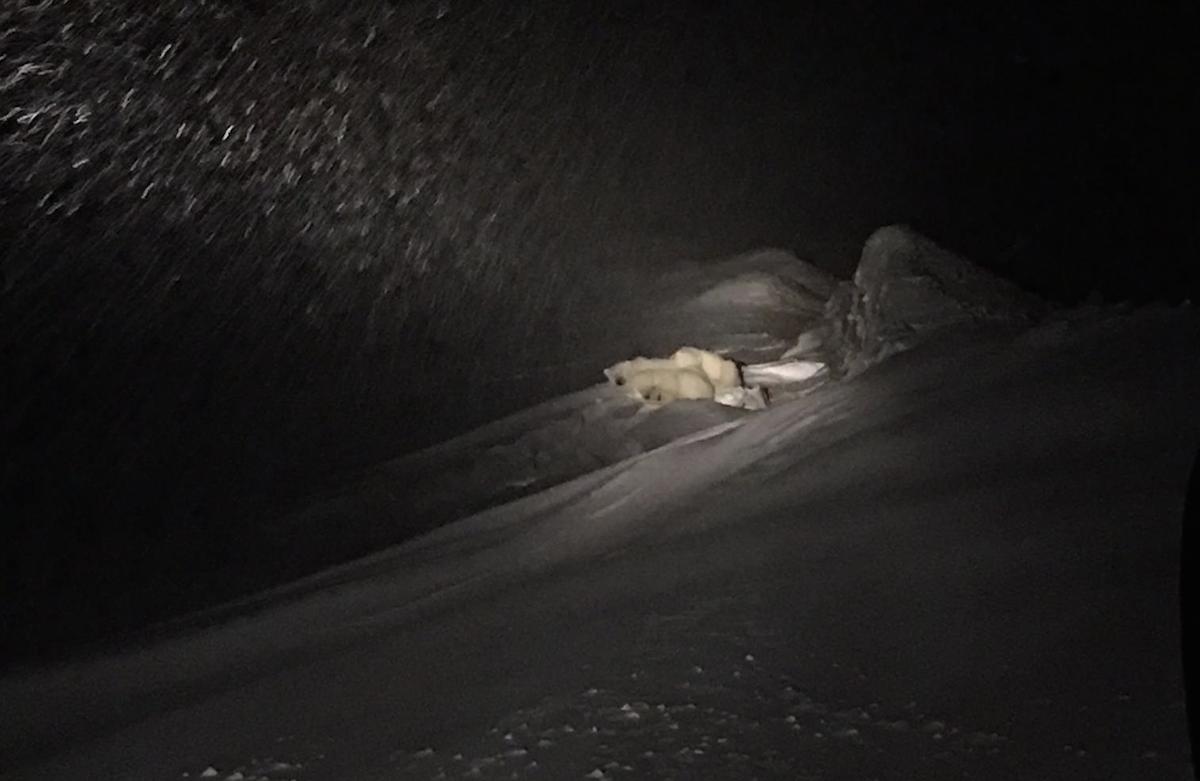 Previous post Bears are back: Mother, two cubs return to Mine 7 Monday after long effort to chase them far from town

Next post Dialing it up a notch: Landslides, mining shutdown, record rain and heat among Svalbard’s 11 biggest stories of 2016