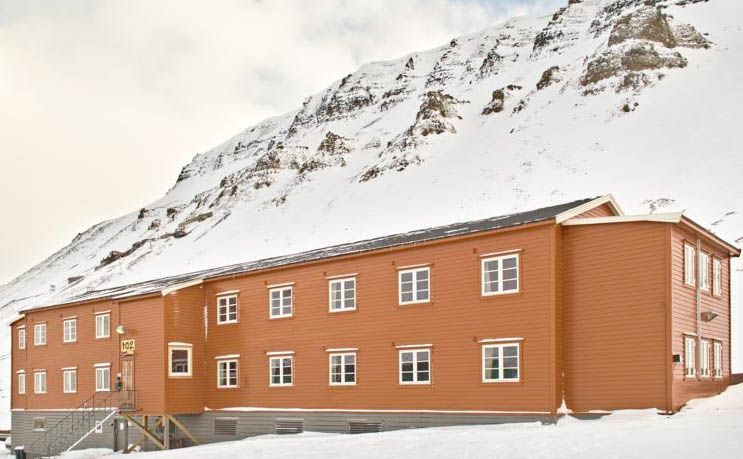 Karl-Eric Melander isn’t worried about living in an avalanche “red zone,” but is concerned about the possibility he and the guests at his hostel will be forced to evacuate it every time there’s a severe storm.

The managing director of Gjestehuset 102 – the only private business in a red zone in a risk report for Longyearbyen released last week – said he has no plans to move from his residence in the building. Instead, he said he believes protective measures are a better and cheaper solution than forcing him and others in high-risk areas of Nybyen to relocate.

“We’ve been here for quite a while in these buildings,” Melander said. “I don’t think it’s dangerous. I live in Nybyen and I think it’s safe.”

But officials responsible for housing students at The University Centre in Svalbard are taking the opposite appropriate with the dorms adjacent to Gjestehuset 102. Norway’s Arctic student union welfare organization (SiTø) which owns the building, announced all students will be moved to new housing near the campus three kilometers away.

“It is no secret that UNIS wants the students to have safe housing, and the long-term plan of both SiTø and UNIS is that all students will be housed in new facilities close to UNIS,” wrote Eva Therese Jensen, a UNIS spokeswoman, in an e-mail interview. “However, this is not something that is done overnight and we cooperate closely with SiTø in developing plans for new housing. There are several factors that need to be in place, such as regulation plans, funding, etc. With this new report we hope that these factors will be handled in a timely manner.”

A new 88-room student dorm opened next to campus in 2014 and SiTø officials said at the time their goal was to open two more buildings to house all students. But some students at the time said they preferred the Nybyen dorms, saying the older buildings felt communal while the newer buildings felt sterile.

Jensen stated she is not aware of any students who’ve said they feel unsafe in the Nybyen dorms. SiTø Director Hans Petter Kvaal told NRK an avalanche warning system installed during the past year means there isn’t an urgent need to relocate students, but there will be an emphasis on finding new space and financing.

“In the long term we must phase out everything in Nybyen,” he said.

The avalanche and warning system may mean residents in high-risk areas are forced to evacuate their buildings temporarily during severe storms, as happened after the fatal avalanche last Dec. 19 and again during intense rain this November that triggered numerous landslides. Melander said his concern is officials will excessively err on the side of caution.

“I can’t see the meaning of the evacuations when you are not very sure,” of the risk, he said. “I assume if we have multiple evacuations we could have a tiredness of this, like crying wolf too many times.”

The risk report issued by the Norwegian Water Resources and Energy Directorate declared more than 150 residences, dorms and guest rooms in Nybyen and Lia as red-zone areas, meaning they are mathematically likely to be hit once every hundred years. Knut Aune Hoseth, acting regional manager for the agency, said that is the threshold for unsafe areas where measures are necessary to counter the problem.

Other reports, including one released in 1992, have suggested avalanches could hit structures in at least some of those areas every few decades. Furthermore, researchers have stated extreme storms are likely to continue becoming more frequent and intense due to climate change.

Funding for avalanche mitigation projects stemming from the report is being urged in a revised “white paper” outlining Norway’s policy goals for Svalbard that is now being considered by Parliament. A final draft of the revised paper is scheduled to be approved next spring. 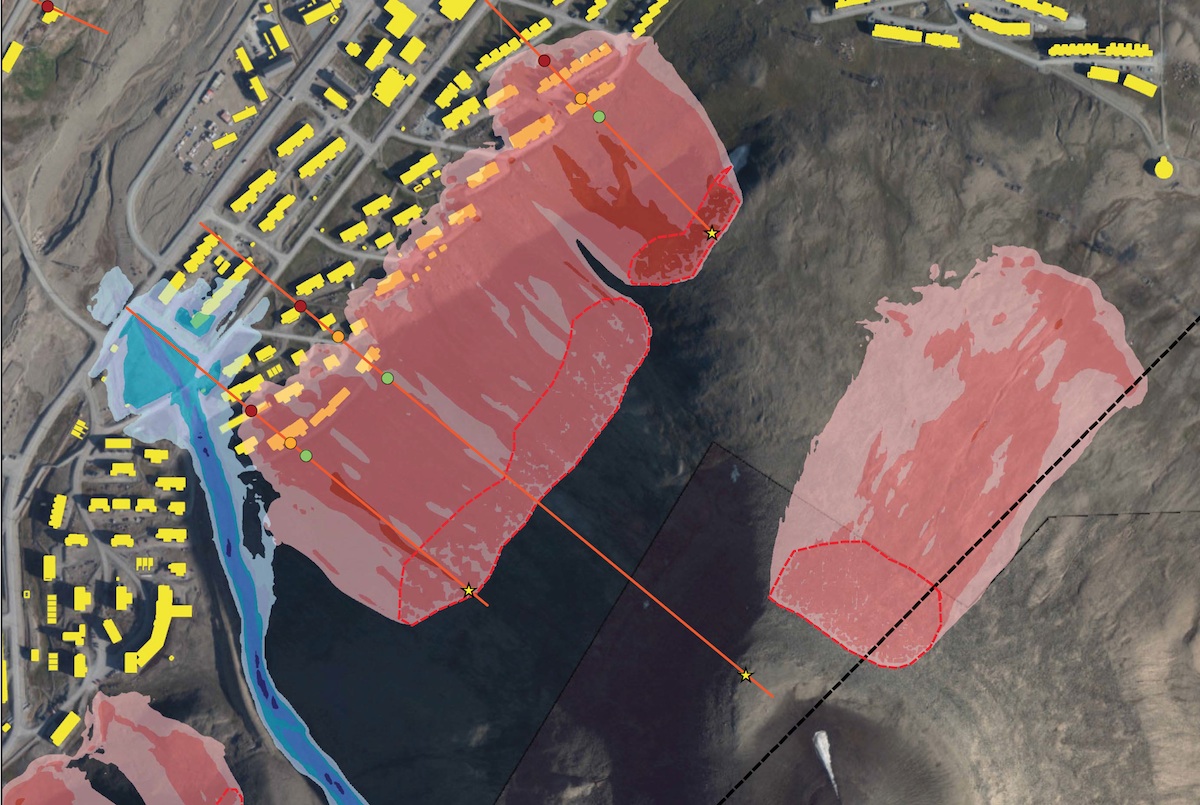 Previous post BREAKING: NVE report declares more than 150 residences and dorms in Lia and Nybyen are in avalanche danger zones 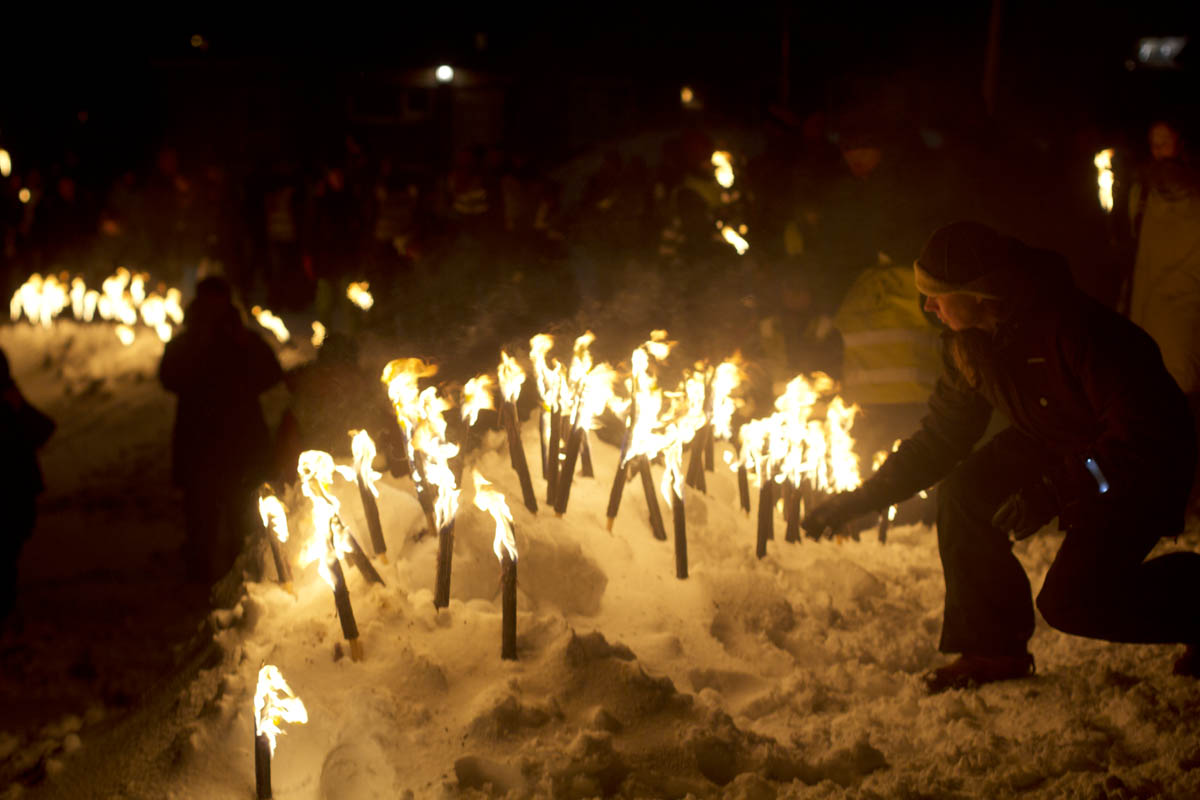