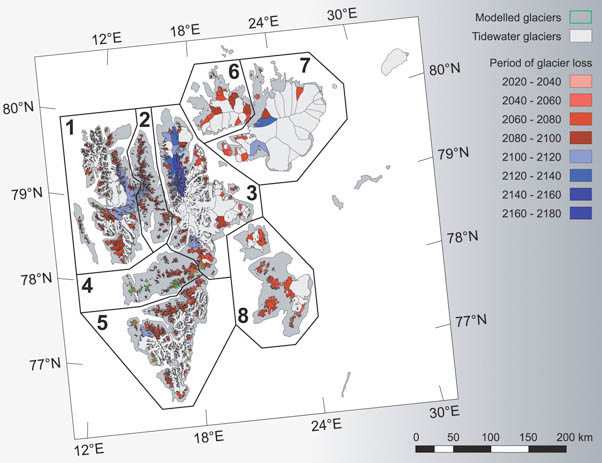 Svalbard will likely see “an almost complete deglaciation” of many of its inland areas by the year 2100, with virtually all land-terminating glaciers shrinking by at least 90 percent, if climate change continues on its current pace, according to a recently published study.

There is, however, considerable debate about the “business as usual” model used for the study, which some researchers call a realistic worst-case scenario (and at least a few others argue is too conservative).

The archipelago has thus far been spared the mass loss of ice happening in other Arctic areas, but “this could change in the coming decades, as Svalbard is expected to be exposed to strong climate warming over the 21st century,” the study published in Environmental Research Letters states. The findings are based on a simulation of about nine billion computation steps that provides a day-by-day snapshot of 29 land-terminating glaciers during a 94-year period from 2006 to 2100.

Approximately 1,435 of of Svalbard’s 1,471 land-terminating glaciers are expected to disappear completely, according to the study by a team of researchers from Germany, Spain and the United Kingdom.

“We found that the low-lying glaciers of Nordenskiöldland, and Barentsøya and Edgeøya, will be first to disappear,” the study asserts. “By contrast, the large, and high-lying land-terminating glaciers along the main ridge of NE Spitsbergen are projected to partly last until the middle of the 22nd century.”

The simulation took about seven weeks to run, calculating probable outcomes 900 times for each of the 29 glaciers.

The prediction is based on an average global temperature rise of 3.7 degrees Celsius by the year 2100, which assumes “no policy changes to reduce emissions,” according to the Intergovernmental Panel on Climate Change, which compiled a report outlining four scenarios. The most pessimistic scenario – used in the Svalbard glacier study – assumes CO2 emissions will triple, the population will increase to 12 billion and a heavy reliance on fossil fuels.

An agreement reached at the United Nations Climate Summit last December sought to implement measures intended to limit the global temperature rise to two degrees Celsius by 2100. However, an an increasing number of researchers state the tipping point to attain that goal has already passed and the treaty is verging on the brink of collapse since U.S. President-elect Donald Trump has stated he does not support it (although he has been less definitive in some recent statements). 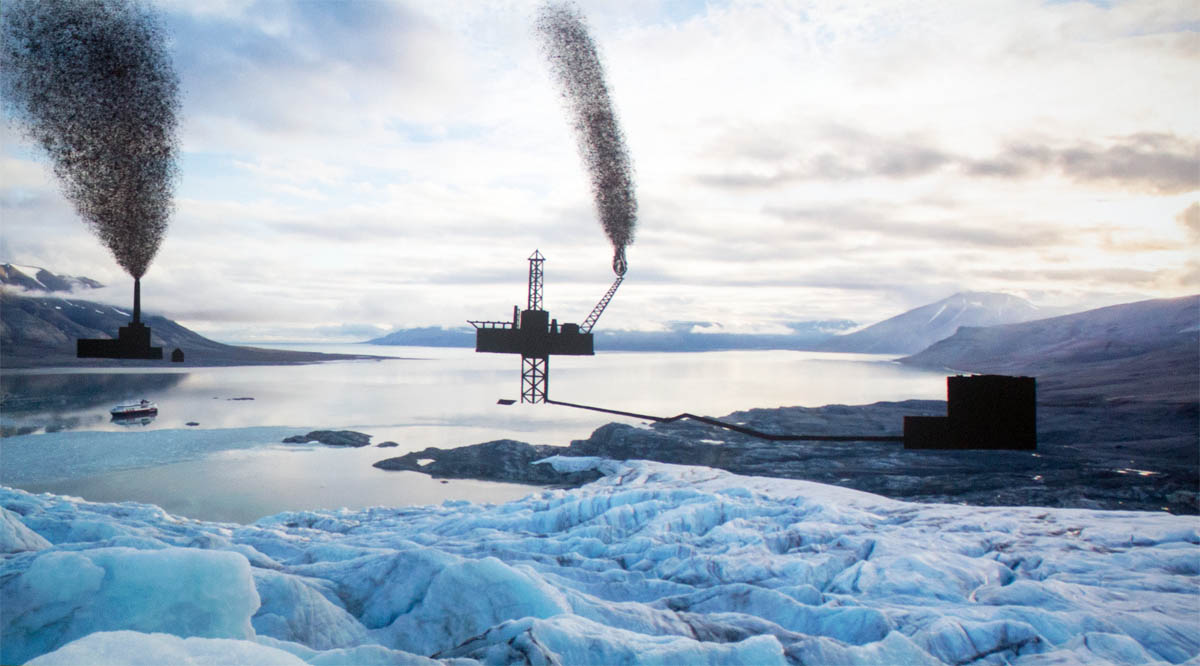 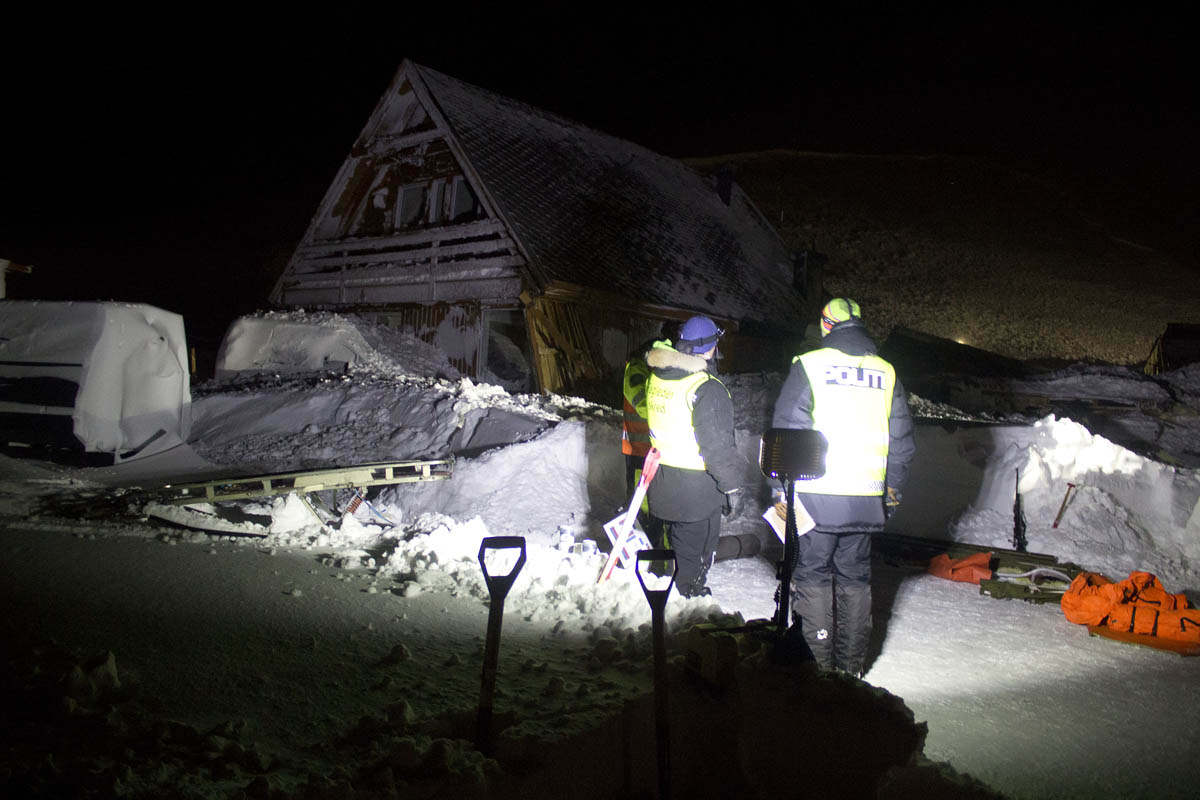 Next post Briefs from Svalbardposten for the week of Nov. 13, 2016