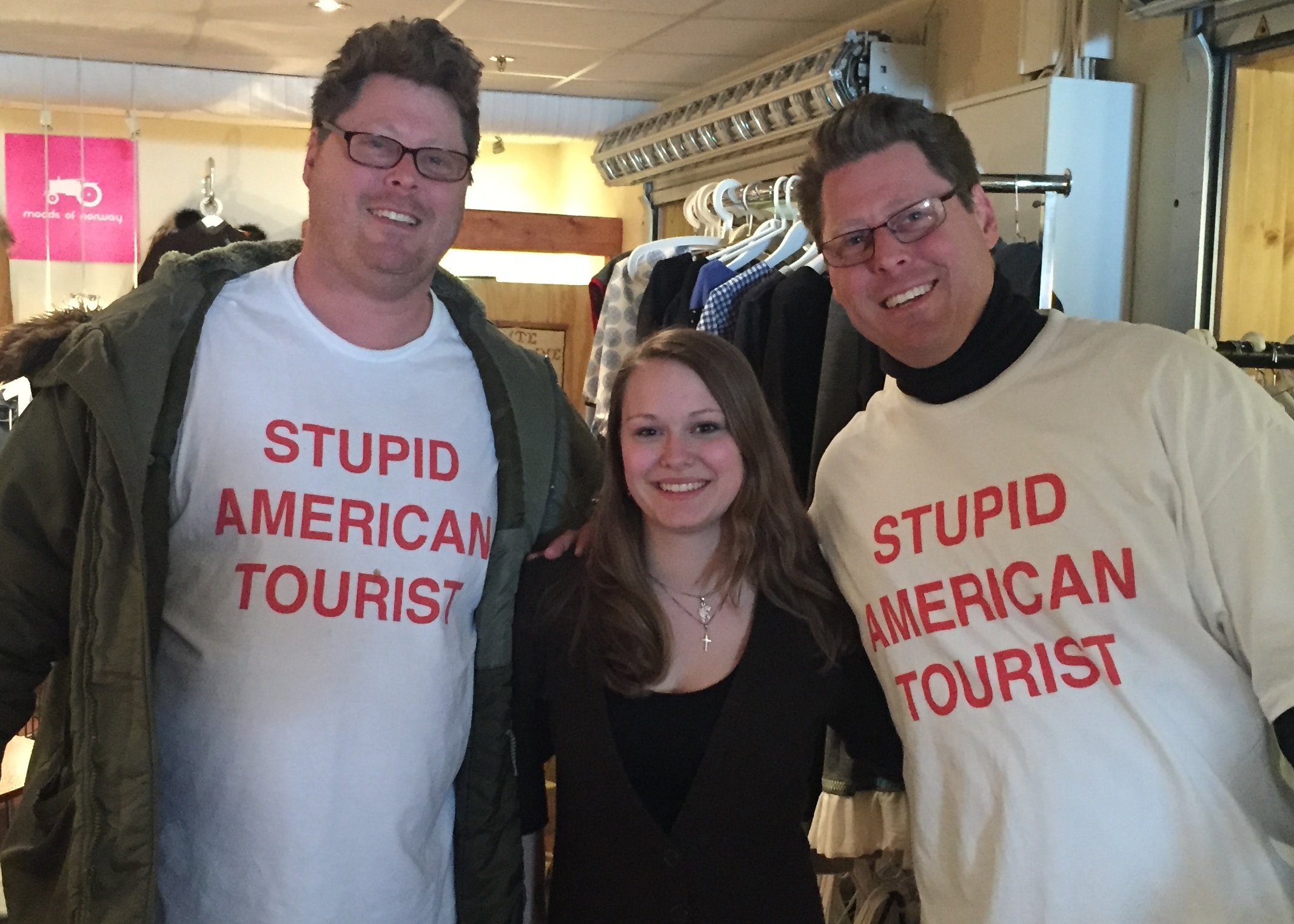 A bigly bubble? Many Svalbard residents say they don’t expect Trump presidency to have an impact here

While talking about Donald Trump can stir up lots of the ugliness among Svalbard residents that was prevelant during the election season, many don’t expect his presidency to have much impact on the archipelago.

Svalbard’s remoteness and unique laws means life exists in something of a bubble, according to some locals interviewed and responding to a social media inquiry the day after the election that resulted in what the media is calling “the biggest upset in American political history.”

“It’s like every time there’s a big deal in the world nothing happens here,” said Mari Tellebon, 26, a cafe worker from Røros.

Others disagree, saying his policies could significantly affect the local economy, environment and national security. Also, even if Trump doesn’t end up affecting Svalbard as a whole, he could certainly have a major impact on some people living here.

Martin and Hella Liira say they have no idea what Donald Trump will do as president of the United States, which is annoying and a bit worrisome in terms of how his actions might affect Svalbard. But they’re far more concerned about how he may impact them personally and their homeland of Estonia.

“Estonia is in a crisis now,” said Martin, 33, a postdoctoral researcher at The University Centre in Svalbard, referring to the collapse of the government as Prime Minister Taavi Rõivas decisively lost a no-confidence vote in Parliament on Wednesday, the day after Trump’s victory. “But everyone understood what happened in the U.S. election was even more important than this one.”

The instability may make Estonia the first target of Russian President Vladimir Putin in an attempt to regain control over the Baltic states, according to numerous foreign policy experts.

“The U.S. has been supportive of Eastern Europe and also Estonia,” Martin said. “This news is making us a bit worried. During the campaign Trump said something about NATO and we didn’t like it, and it seemed he was a little bit too friendly towards Putin.”

Those who believe Trump could have a local impact on Svalbard as a whole are generally echoing leaders and commoners worldwide who say a lot depends on rhetoric vs. reality.

“The most important question is : Will he do what he said would do during his campaign?” wrote Terje Aunevik, head of the Svalbard Business Association, in an e-mail interview. “If so, we all have a problem.”

Aunevik said he doesn’t expect any big impact for local businesses unless there is another global recession caused by things such as canceling trade agreements (bad) or Trump’s policies keep oil prices low (good).

“Major changes here could be an influence on pricing of tourist products, both are connected to air travel, not to mention the cruise industry, where the price of oil is one of the main drivers for the product price,” he wrote.

“Last year the dollar rate was in favor of traveling in Norway, that might change now – or may (be offset) by continuous low oil prices I understand that one of Mr Trump issues in his campaign was to pump up more oil, which normally keeps prices low.”

Trump’s win virtually guarantees U.S. efforts to fight climate change and protect the environment will scrapped or drastically scaled back. He has, for example, put a man described at the Paris climate summit last year as one of seven “climate criminals” wanted for “destroying our future” in charge of environmental policy. That may be a concern to a higher percentage of people here than elsewhere due to the large student/researcher population.

“I’m quite concerned about his skepticism that climate change is real (he’s called it a Chinese hoax),” Chris Borstad, at The University Centre in Svalbard who is from the U.S. state of Connecticut, wrote in an e-mail. “He would probably pull the U.S. out of the Paris climate deal, which would be a disaster for action on climate change. I rely a lot on satellite data for studying snow and glaciers, and if Trump cuts the budget for climate-related programs (e.g. NASA Earth Science program), that could impact my ability to get data for research.”

Yann Rashid, a local outdoor gear merchant, notes that if the U.S. withdraws from the U.N. climate pact the agreement will be teetering on the brink of collapse.

At least 55 countries representing 55 percent of global emissions need to ratify the treaty for it to be in effect. While 103 countries have ratified the deal, a U.S. withdrawal would drop the emissions total to 56 percent instead of the current 74 percent – and prompt one or more other countries to withdraw as well, Rashid wrote in response to a social media inquiry.

“Either way two decades of negotiations might be out the window and it seems difficult not to be concerned when looking at the state of things in Longyearbyen today,” he wrote.

Numerous Norwegian politicians have stated Trump’s win drastically alters the country’s national security situation because of statements he might not honor NATO commitments and his embrace of Putin for being a strong leader.

Russia has been drastically increasing its presence and provocativeness in the Arctic in recent years – including actions in and near Svalbard. Norway, which has stated it needs help from the U.S. to counter such aggressiveness, will therefore be even less prepared for a Russian invasion of the archipelago than the dismal findings in a “Battle for Svalbard 2030” report released this year suggest (yes, it’s an actual serious study by Norway’s Ministry of Foreign Affairs).

Such concerns are dismissed by Aleksei Frolof, an employee at Svalbard Busservice.

“In my point of view nothing will happen with Svalbard,” he wrote in a Facebook post. “Because Svalbard is not strategically important for some countries and (other reasons). About Russia (being) aggressive in the Arctic, (more) crap and paranoia imposed on the people by the old USA government like Obama or Clinton. Russia (has spent) many years in the Arctic on the North Pole, at least. And (is) now just making updates for bases and (other things) just because Russia have much more money now thanks to Putin.”

Numerous “best countries for U.S. residents to move to” articles have been published in the wake of Trump’s win, with Svalbard on a common list that also includes about half a dozen countries. But Signe Maria Brunk, who moved to Longyearbyen from Sweden a year ago, said she thinks U.S. residents who are serious about leaving their country are more likely to go to familiar-feeling places like Australia.

“I think Svalbard is a big stretch for everybody,” she said. “For Americans I think it’s too small, too isolated and too extreme.”

U.S. citizens who come to Svalbard as residents or tourists will likely find themselves in potentially contentious discussions since locals, like the rest of the world, are engaged in emotional and often heated discussion about Trump’s Earth-shaking upset, according to Travin Keith, an internet programmer and technician living in Longyearbyen.

“It will be a major topic of discussion around town that will evoke emotions,” he wrote in a message submitted to Icepeople. “Ties may or may not be damaged, if they haven’t already, either with others who live in Svalbard or those whom we are close with but are not here. American guests will have to deal with locals or other guests bringing it up with them, which may be uncomfortable for some, whether they supported Trump or not, since these people whom they are speaking with are mere acquaintances. These, in my opinion, will dwarf any changes that the results will directly cause for Svalbard in the near future.”